As the election season heats up, not even a simple post about yearbook photos can avoid accusations of partisanship. In the interest of fair representation for both of our state’s major party gubernatorial candidates, here are both the freshman and senior yearbook photos of Walton Dalton (top) and Pat McCrory (bottom). The placement of the photos was determined by coin toss. 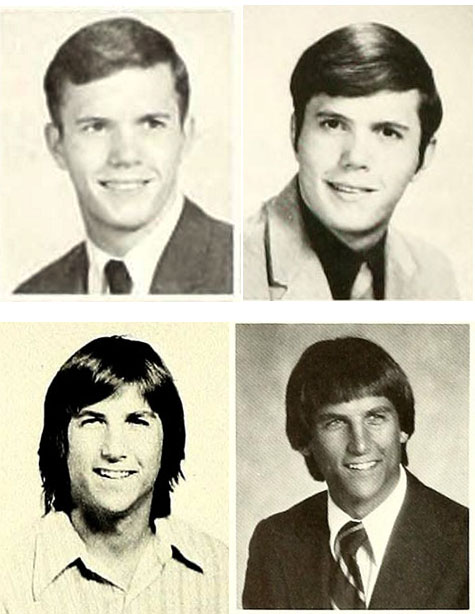 These and many more yearbooks can be found in the North Carolina College and University Yearbooks collection.

The 2012 presidential election is so complicated: convoluted electoral equations, Super PACs, televised debates with real-time feedback from undecided voters. Remember when a voter could express his or her support with nothing more than a smiling peanut? 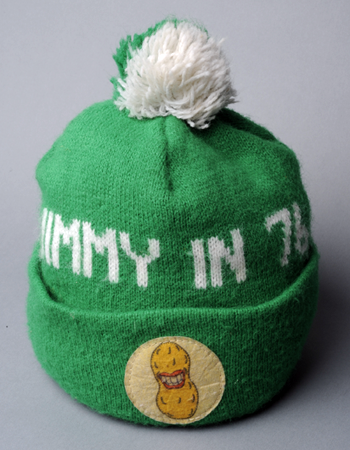 Our October Artifact of the Month is a green toboggan supporting Jimmy Carter’s 1976 presidential campaign. The words “Jimmy in 76” are knitted into the cap and a patch bearing a toothy peanut is sewn onto the front.

The hat, which was donated by Patrick S. Wooten and Andrew M. Sugg, originally belonged to James R. Sugg of New Bern, North Carolina. Jim Sugg was the Chairman of the North Carolina Democratic Party from 1972 to 1976. Mr. Wooten writes, “I think it is safe to say that Jim was a vital part of the effort that resulted in Jimmy Carter winning in North Carolina, and ultimately being sworn in as president.”

Jimmy Carter was a proud son of the South, and this 1976 electoral map shows how strongly geography played into the election. (Note the one rogue elector in Washington state who, despite pledging to vote for Ford, cast a vote for Ronald Reagan.) 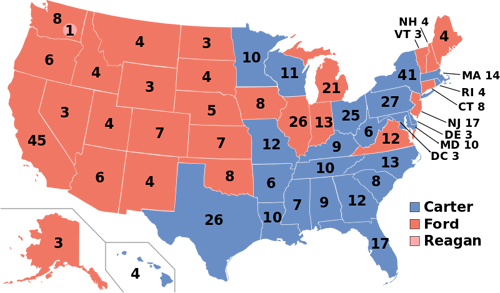 Certainly, it would be a mistake to portray 1976 as a simpler time politically, especially given the effects of Watergate on public perceptions of the presidency. All the same, it’s refreshing to look back on a time when something as wholesome and whimsical as the peanut — and something as iconically Southern — could symbolize a presidential candidate’s entire campaign.

We’re pleased and grateful to add this toboggan to our collection of political memorabilia.

On this day in 1865: Sidney Andrews, Southern correspondent for the Boston Daily Advertiser and the Chicago Tribune during the early days of Reconstruction, sums up his observations of North Carolina:

“Spindling of legs, round of shoulders, sunken of chest, lank of body, stooping of posture, narrow of face, retreating of forehead, thin of nose, small of chin, large of mouth — this is the native North Carolinian as one sees him outside the cities and large towns.

“There is insipidity in his face, indecision in his step, and inefficiency in his whole bearing. His house has two rooms and a loft, and is meanly furnished – one, and possibly two, beds, three or four chairs, half a dozen stools, a cheap pine table, an old spinning-wheel, a water-bucket and drinking gourd, two tin washbasins, half a dozen tin platters, a few cooking utensils, and a dozen odd pieces of crockery. Paint and whitewash and wall-paper and window-curtains are to him needless luxuries.

“His wife is leaner, more round-shouldered, more sunken of chest, and more pinched of face than her husband. He ‘chaws’ and she ‘dips.’ The children of these two are large-eyed, tow-headed urchins, alike ignorant of the decencies and the possibilities of life. In this house there is often neither book nor newspaper; and, what is infinitely worse, no longing for either. The day begins at sunrise and ends at dark; its duties are alike devoid of dignity and mental or moral compensation. The man has a small farm, and once owned six or eight Negroes.

“How the family now lives, the propping hands of the Negroes being taken away, is a mystery, even if one remembers the simple cheapness of mere animal life.”