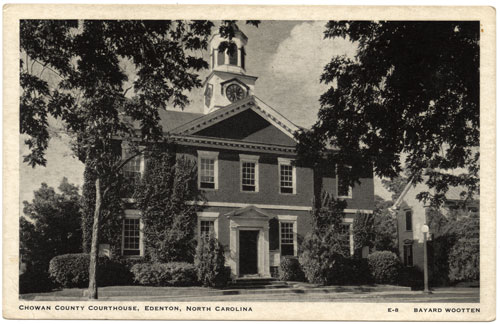 Edenton kicks off its anniversary celebrations today at noon with the ringing of the Chowan County Courthouse bells 300 times. The town dates its beginning to the passage of an act in the colonial Assembly calling for “building a Court house to hold the Assembly in, at the fork of Queen Ann’s Creek commonly called Matchacamak Creek in Chowan precinct.” The settlement around that courthouse became known as Edenton in 1722, when the Assembly named it in honor of Charles Eden, the colony’s royal governor, who had died earlier that year.

One thought on “Edenton Celebrates 300 Years”