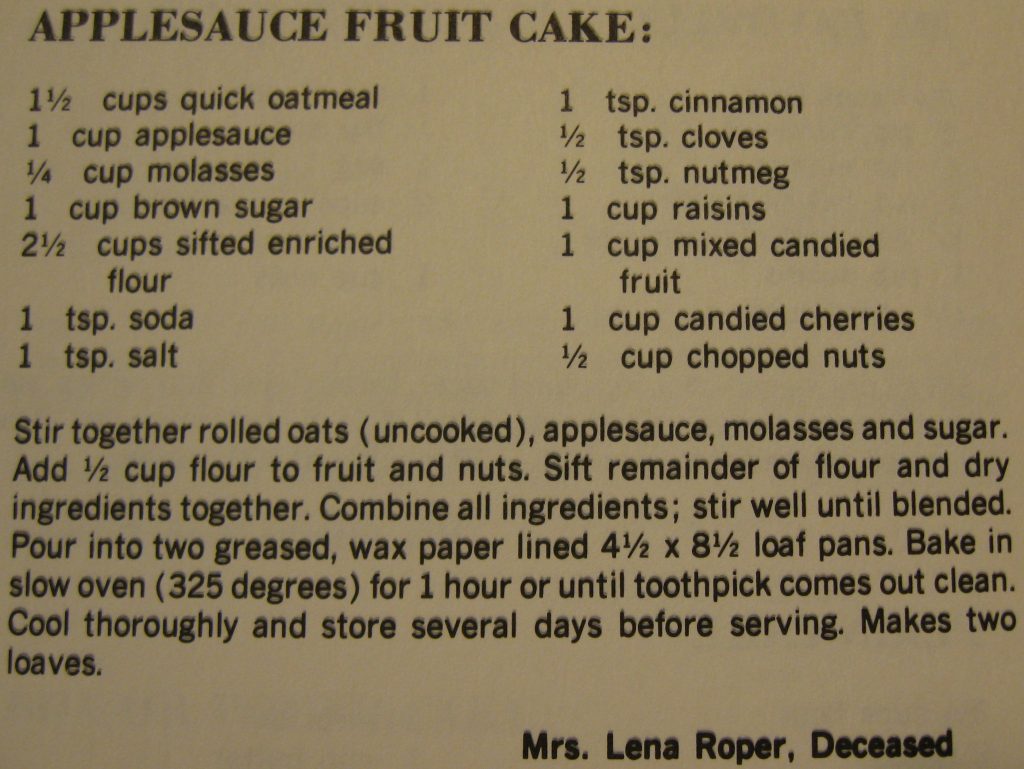 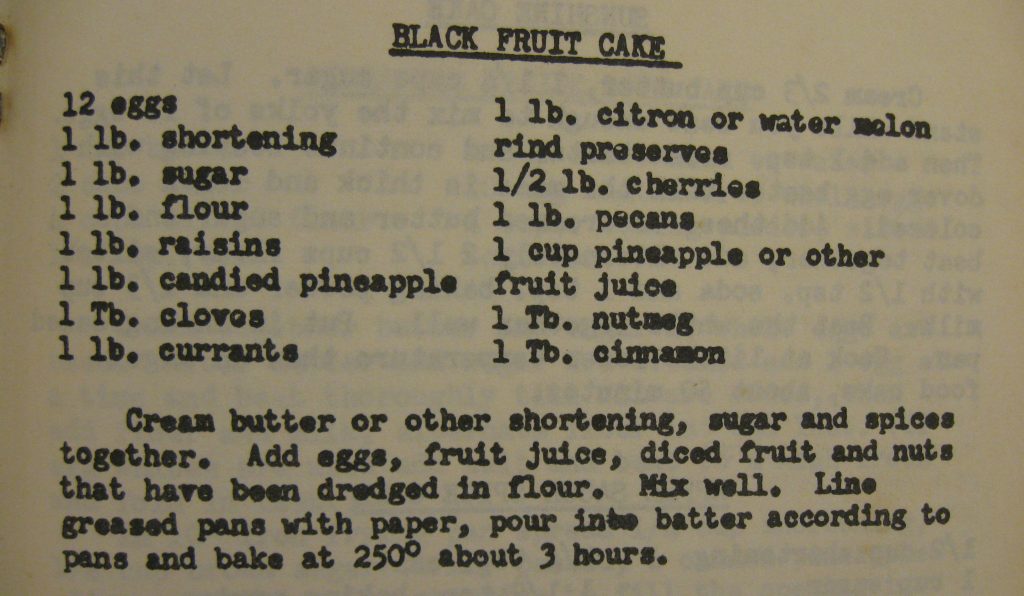 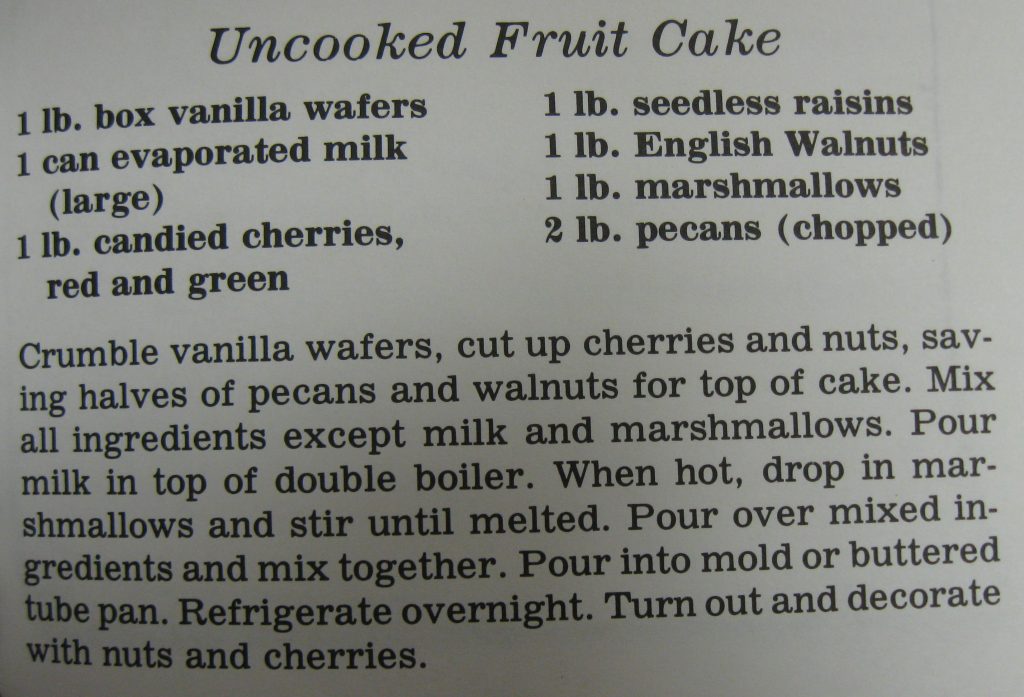 “Uncooked Fruit Cake” from Just like Grandma Used to Make.

Hannukah, the Jewish festival of lights, offered pale competition for Christmas—puny candles against a dazzling tree, ‘Rock of Ages’ against the tyranny of carols and decorations that took over the stores, the radio, the schools, and the imagination of all my friends. Parents billed Hannukah as ‘better than Christmas,’ an unintentional error that placed a minor Jewish celebration beside Christianity on parade, like comparing sandlot baseball to the World Series. Hanukkah simply could never substitute—for one thing, it lasted eight days, and was almost always out of sync with Christmas, so you had to explain to your friends that you didn’t sneak and open your Christmas presents early, but that your holiday was different; and that could lead to a ‘You mean you don’t celebrate Christmas? Why not?’ So I usually played with my toys in secret until Christmas day. I would always save the gifts from my friends until Christmas morning because it didn’t seem right to open gentile gifts on a Jewish holiday and, besides, if I waited I’d have a real surprise to talk about in the afternoon when they came over to show off their stuff, rather than pretending that I had ripped open eight-day old toys that very morning….It didn’t make up for much when little Billy White said,’Gee, eight days of presents…I wish I was Jewish.’

-from Eli Evans’s The Provincials: A Personal History of Jews in the South. Evans was born and raised in Durham, the son of E.J. “Mutt” Evans, the mayor of Durham from 1950-1962.The younger Evans graduated from UNC-Chapel Hill in 1958 and Yale Law School in 1963. He worked as a speech writer on the staff of President Lyndon B. Johnson from 1964-1965. Evans served as a senior program officer for the Carnegie Corporation of New York from 1967-1977. In 1977 he joined the Charles H. Revson Foundation as president and remained in that position until his retirement in 2003. Evans’s personal papers are held by the Southern Historical Collection at Wilson Library.

“Stung by the criticism, the Rotary Club invited him to take a tour of the city. He accepted, only to ridicule  the R. J. Reynolds tobacco factory, the Western Electric plant and the airport and people who enjoyed flying. At an underwear plant, he said: ‘I haven’t worn an undershirt in 25 years. Only wear shorts. Guess I cut your business in half.’

” ‘Winston-Salem turned the other cheek to critic George Preston Marshall,’ wrote the Winston-Salem Journal, ‘and he managed to slap it too.’ ”

— From “Showdown: JFK and the Integration of the Washington Redskins” by Thomas G. Smith (2011)

For entirely different reasons, Packers Coach Vince Lombardi had his own ill feelings toward Winston-Salem, where the teams played an annual exhibition 1955-60.