“Roosevelt excelled in evoking the hatred of the privileged and the admiration of ordinary Americans. During the Depression, a North Carolina farmer declared, in all sincerity,  ‘I’m proud of our United States, and every time I hear the “Star Spangled Banner” I feel a lump in my throat. There ain’t no other nation in the world that would have sense enough to think of WPA and all the other A’s’….

“A North Carolina mill worker was pungent in his praise: ‘Mr. Roosevelt is the only man we ever had in the White House who would understand that my boss is a son-of-a-bitch.’ ”

— From “Land of Promise: An Economic History of the United States” by Michael Lind (2012)

“Coca-Cola was the subject of increasing gossip in those years. Growing up in Asheville, North Carolina, Thomas Wolfe heard most of the rumors, but they only increased his taste for Coca-Cola. He immortalized the Great American Drink in this passage from the Great American Novel, ‘Look Homeward, Angel’:

” ‘Drink Coca Cola. They say [Asa Candler] stole the formula from an old mountain woman. $50,000,000 now. Rats in the vats. Dope at Wood’s [Drug Store] better. Too weak here [in New York City]. [Eugene Gant] had recently acquired a taste for the beverage and drank four or five glasses a day.’ ”

— From “For God, Country and Coca-Cola: The Definitive History of the Great American Soft Drink and the Company that Makes it” by Mark Pendergrast (1993)

Yesterday’s New York Times had a story about a Texas magazine that recently hired a Barbecue Editor. It’s an interesting piece, but one does get the impression from reading it that the Texans invented the job and that nobody had ever thought to do it before them.

The Times article says that the position “exists at no other magazine in America,” which may be technically true, but I’d like to point out that there was a Barbecue Editor in North Carolina more than 15 years ago. In 1996, the North Carolina Literary Review named poet and English professor William Harmon as its Barbecue Editor, a position that attracted some attention at the time, most notably from News & Observer columnist Dennis Rogers who lamented that he was passed over for the position.

Harmon wasn’t the only one to wax poetic about our state’s finest culinary offering. James Applewhite’s 1983 poem “Barbecue Service” is, in my opinion, the finest piece of literature yet written about barbecue. And as I wrote here in 2006, barbecue has even found its way into our state’s leading history journal, with an excellent piece on barbecue culture in eastern North Carolina and a call for more academic study of the topic.

Not to pick on our friends in Texas, but the barbecue editor position at Texas Monthly, at least as described by the Times, sounds more like a barbecue critic, charged with seeking out and reviewing restaurants around the state. In other words, the same thing that Bob Garner has been doing for WUNC-TV and in print for nearly twenty years. When the Texas editor gets around to writing a book about barbecue, he’d be advised to model it after the excellent Holy Smoke: The Big Book of North Carolina Barbecue, by John Shelton Reed and Dale Volberg Reed, published a few years ago by UNC Press, which combines a scholarly and popular approach to the subject.

We don’t begrudge our neighbors in other states their own culinary traditions, but in North Carolina we take talking and writing about barbecue almost as seriously as we do eating it.

Saunders put out the weekly Elizabeth City Independent from 1908 until 1937. He exposed corruption and bigotry with great courage, but he attracted more attention with his rambunctious humor. A typical editorial page filler reported deadplan that a local political boss had been spotted “in the courthouse with his hands in his own pockets.”

The Independent’s fame and circulation extended nationwide, thanks to such pranks as a full-page satire on a New Deal privy project and Saunders’ pajama-clad stroll down Fifth Avenue in advocacy of more sensible hot-weather clothing. (When a New York reporter asked him how he felt, he admitted, “Like a damn fool.”)

“The truly noteworthy things I have done receive scant notice….” Saunders once lamented. “But when I walk out on the streets in pajamas on a sweltering summer day or print a satire on new-fangled backhouses, the whole country gives me a big hand.”

It may not feel like it outside, but spring is upon us in North Carolina.  Here are a few recipes to get you in the spring mood, even if the weather isn’t cooperating. 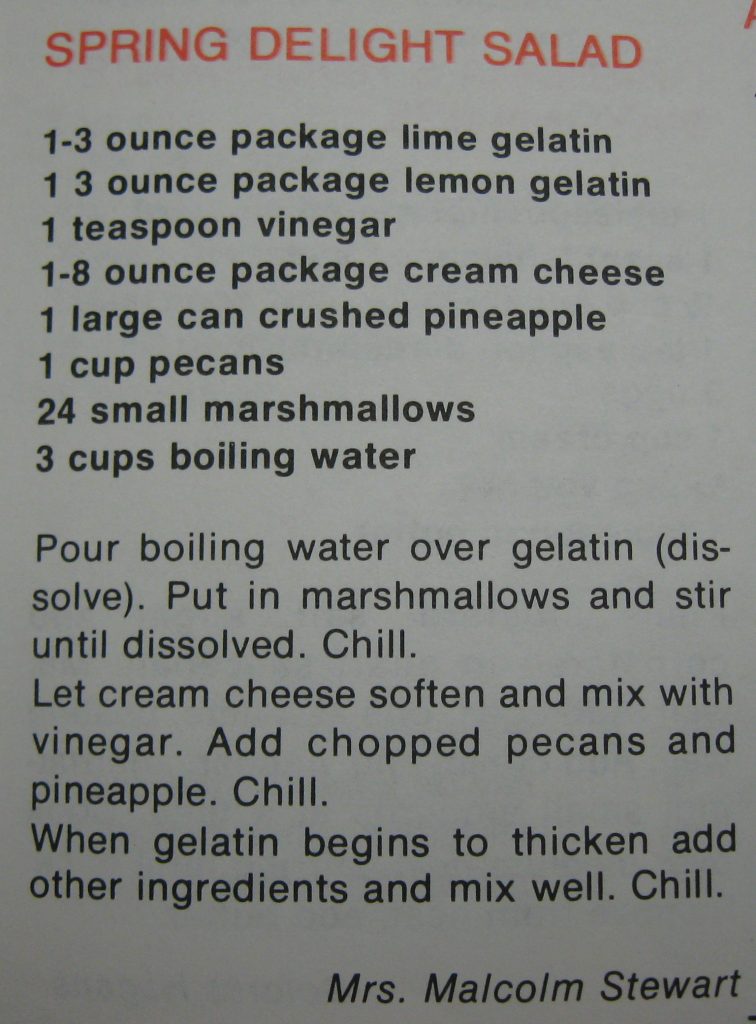 Sunshine Pudding from Favorite recipes of the Lower Cape Fear.

“…Where are people from Ireland looking for vacation homes in the U.S.? Trulia [a residential real estate site] search traffic reveals that the traditional vacation or resort towns with the highest share of foreign searches coming from Ireland are on Cape Cod, MA …as well as Boothbay Harbor, ME.

“But there are some differences between where Irish-Americans live and where people from Ireland are looking at homes in America. Lake County-Kenosha County, IL-WI, which is north of Chicago, and Raleigh, NC, both rank near the middle of the 100 largest metros in Irish-American population but are on the top 10 list for share of search traffic coming from Ireland….” 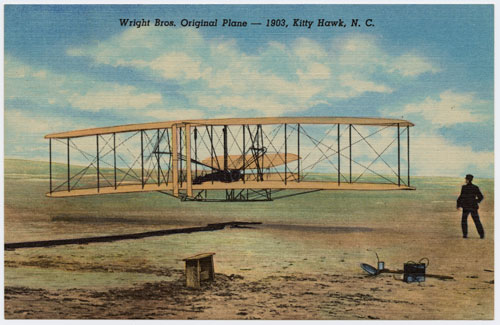 The beauty and abundance of the native flowers of eastern America was impressive even to the earliest explorers and colonists, and the early reports and letters sent back to Europe often made reference to the variety of plants in the New World and to their uses. Although land was cleared for crops, trees were cut for fuel and shelter, and many plants were gathered by the settlers for food, medicine, and dye, with such vast lands and so few inhabitants, there was probably little change in the native flora for more than two centuries after colonization began…..During the past century, however, the tremendous increase in the population and the more rapid and extensive clearing of the forests and other changes of the surface of the earth by man has had a profound effect on our native vegetation. This is especially true in the case of many of the more showy species collectively known as “Wild Flowers.” Because of their delicately balanced adaptation to very specific natural environments, many wild flowers cannot grow in habitats that have been altered or disturbed, nor can they compete with the plants of the more weedy introduced species that rapidly invade the vast areas of land opened or altered by the machines of man for roads, farms, dwellings, and industrial complexes. Thus the balance continues to shift so that today many of our most attractive native plants are near extinction except within the boundaries of parks, natural areas, and gardens set aside for preservation of interesting natural habitats and their associated plant and animal species….

If given adequate light, water, and soil conditions, many of the native plants that once formed the “Natural Gardens of North Carolina” are equally as colorful and interesting, or even more so, than related horticultural varieties. The purpose of this book is to make easier the recognition of some of these flowers and thereby to stimulate a greater interest in this beautiful natural resource and accent the need for its preservation.

—from Wild Flowers of North Carolina by William S. Justice and C. Ritchie Bell. The book, first published in 1968, has served for more than four decades as one of the standard reference guides for those walking the woods of the Tar Heel state. Bell, who was instrumental in the founding of the North Carolina Botanical Gardens in Chapel Hill and its first director, died on March 6, 2013. His longtime colleagues have assembled a web page recognizing his contributions to the understanding of North Carolina’s native flora.