Happy National Grilled Cheese Day!  It’s not too late celebrate.  Grab your favorite cheese and bread, put some butter in a pan, and get to celebrating.

Happiness is a Hot Cheese-Tomato Sandwich from A Taste of the old and the new. 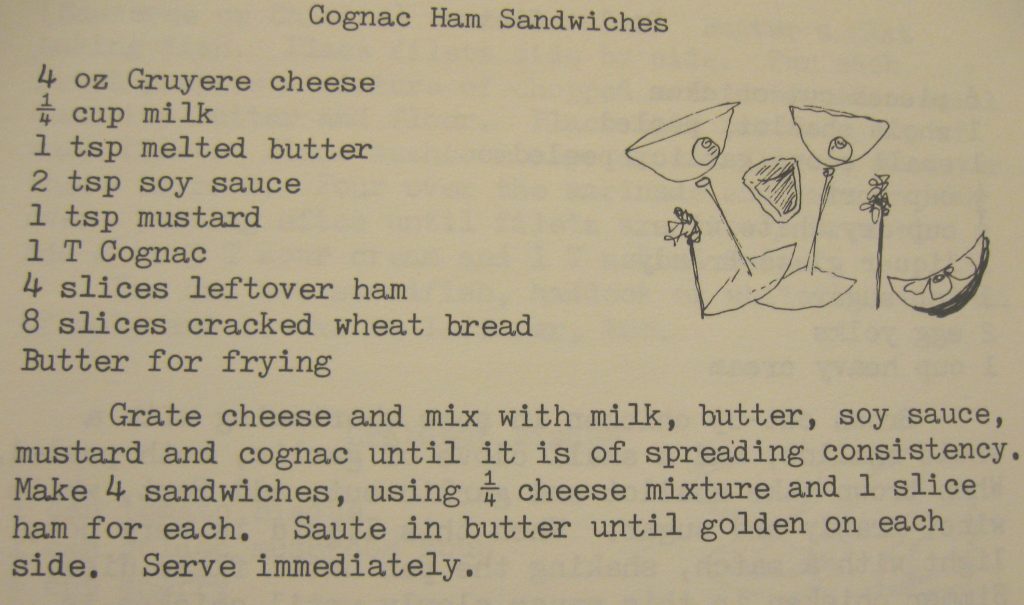 Cognac Ham Sandwiches from What’s left is right : what to do with leftovers when you’re desperate. 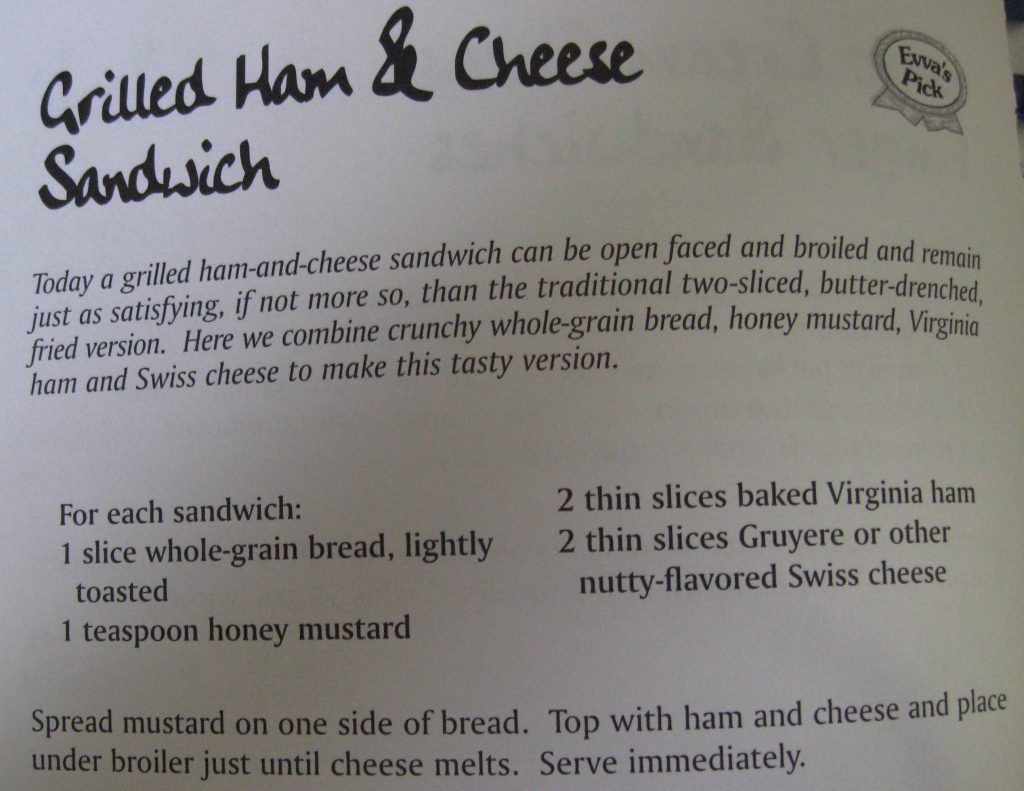 Grilled Ham and Cheese Sandwich from Supper’s at six and we’re not waiting! 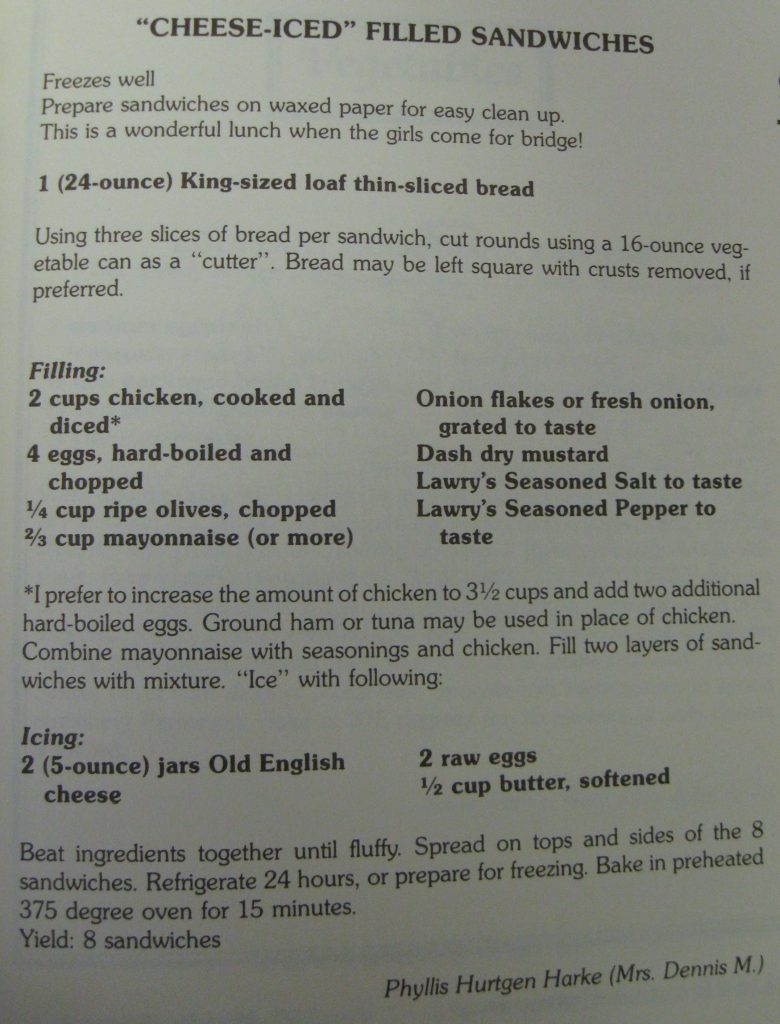 “Cheese-Iced” Filled Sandwiches from Pass the plate : the collection from Christ Church.

Monte Cristo Club from Best of the best from Carolina cooking : selected recipes from the North Carolina AT & T Pioneers.

The expected naming of Carol Folt as the next chancellor of UNC-Chapel Hill will mark the first time in the university’s 224-year history that a woman has held the top post. But Folt follows on the heels (pardon the pun) of several other women who have held significant positions with the University. Katherine “Kitty” Carmichael, pictured above, served as Dean of Women until her office was combined with Student Affairs in 1972. During Carmichael’s tenure the percentage of females in the student body increased from 16 percent to 37 percent. Author and UNC English professor recalled Carmichael’s strong example for women during the dedication of a dormitory named for the former women’s dean in 1987, noting that Carmichael was fond of saying “If God were satisfied with Adam, why did he make Eve so different?”

Women were first admitted to UNC as graduate students in 1897. In 1917, Clara S. Lingle was appointed Adviser to Women. She was succeeded in 1919 by Inez Koonce Stacy, who held the office until 1946 and during whose tenure (1942) the title of the office became Dean of Women. Stacy was married to Marvin Hendrix Stacy, who was Dean of the College of Liberal Arts at UNC and served as interim president of the University upon the death of Edward Kidder Graham during the flu epidemic of 1918 (President Stacy, himself, died from the flu a year later). Inez Stacy led efforts to build the first housing for women. Spencer Dormitory opened in 1925. Three other dorms for women were built during Stacy’s tenure—Kenan, McIver and Alderman. Stacy’s job title was changed to Dean of Women in 1941, one year before her retirement.

Other female leaders at UNC have included Sallie B. Marks, appointed a professor of elementary education in 1927 and the first woman to join the regular faculty; Mary Turner Lane, who founded the Women’s Studies program; and Gillian T. Cell, the first woman to be appointed to a tenure-track position in the UNC history department and, later, dean of the College of Arts and Sciences. Historian Pamela Dean wrote about these women and more inWomen on the Hill, a pamphlet distributed at the dedication of Carmichael Dorm.