The Alumni Association of the University was organized on the 31st of May, 1843. The following were present, being the first members:

Governor Morehead was called to the chair. Messrs. Wm. A. Graham, John D. Hawkins, John Hill, Charles Manly, Wm. M. Green and William H. Battle were appointed a committee to report a constitution to the meeting in 1844 at Commencement. Thomas D. Meares was appointed Secretary.

From Kemp Plummer Battle’s History of the University of North Carolina. Volume I: From its Beginning to the Death of President Swain, 1789-1868. The minutes from that meeting and those from 1844, when the Alumni Association adopted a preamble and charter, are included in a bound volume among the Alumni Association records in University Archives here at Wilson. Take a look at these quick snapshots. 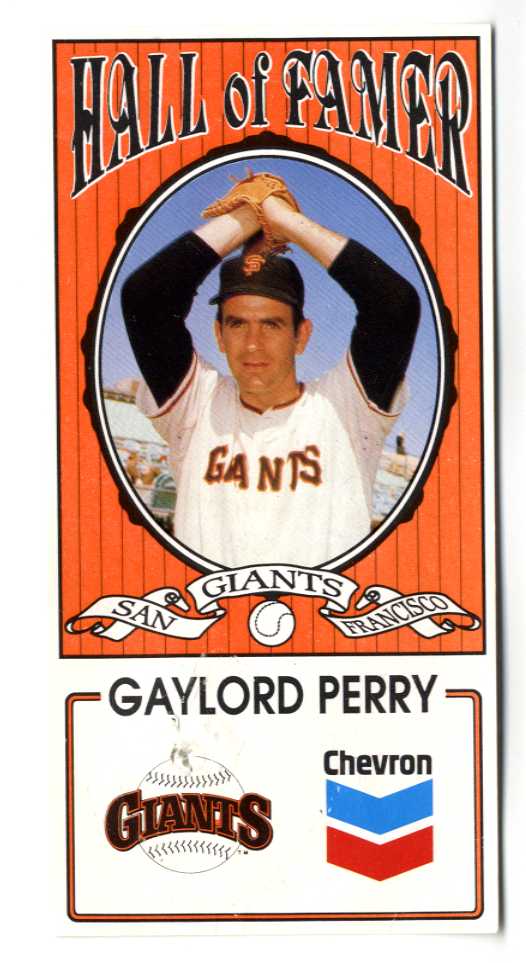 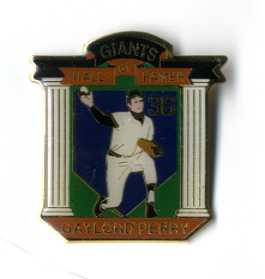 “In the complex and not entirely complete process of reconciliation after the Civil War… the idea that ‘now, we are all Americans’ served to whitewash the actions of the rebels. The most egregious example of this was the naming of United States Army bases after Confederate generals.

“Not all the honorees were even good generals; many were mediocrities or worse. [Warrenton native] Braxton Bragg, for whom Fort Bragg in North Carolina is named, was irascible, ineffective, argumentative with subordinates and superiors alike, and probably would have been replaced before inflicting half the damage that he caused had he and President Jefferson Davis not been close friends. Fort Polk in Louisiana is named after [Raleigh native] Rev. Leonidas Polk, who abandoned his military career after West Point for the clergy. He became an Episcopal bishop, owned a large plantation and several hundred slaves, and joined the Confederate Army when the war began. His frequently disastrous service ended when he was split open by a cannonball….”

“As soon as I got back here [to Roxbury, Conn.] from Paris I had to go down south for that wretched lecture tour in Va. and N.C. The U of Va was a drag — I felt like a pariah in that smug place, almost no one showed up for my talk! — but this was cancelled out by my turn-out at the U of N.C. — nearly a thousand students, all rapt and worshipping except for the usual phalanx of a half a dozen or maybe a dozen black folk who did their usual childish gig of trying, unsuccessfully, to embarrass me by walking out.

“Anyway, I think I’m going to transfer my state allegiance from Va. to North Carolina. The kids in Chapel Hill are really amazingly on the ball.”

Although “The Confessions of Nat Turner,” Styron’s imagined memoir of the real-life leader of a Virginia slave revolt,  brought accusations of racial stereotyping, it won the Pulitzer Prize for fiction in 1968.

May 25th is National Wine Day.  Here are a few recipes to help you celebrate.

Cranberry-Apple Wine from Cooking with berries. 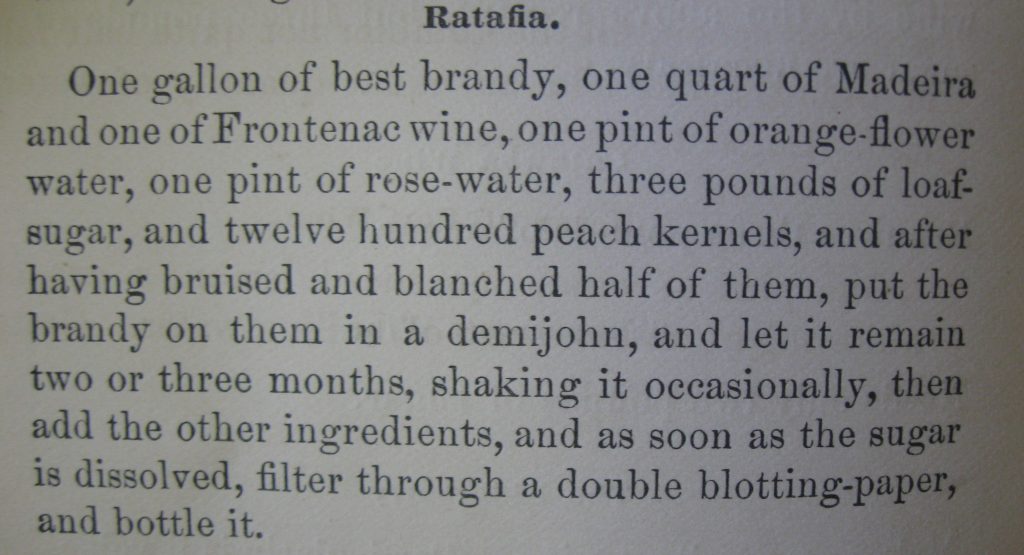 Ratafia from The young housewife’s counsellor and friend : containing directions in every department of housekeeping; including the duties of wife and mother.

Decca’s Chicken, Drunkard Style from Hallelujah! the welcome table : a lifetime of memories with recipes.

According to the biodiversity advocates at Project Remote, the most remote spot in North Carolina is 5.5 miles from the nearest road.

You won’t be needing that cellphone. And wear comfortable shoes. 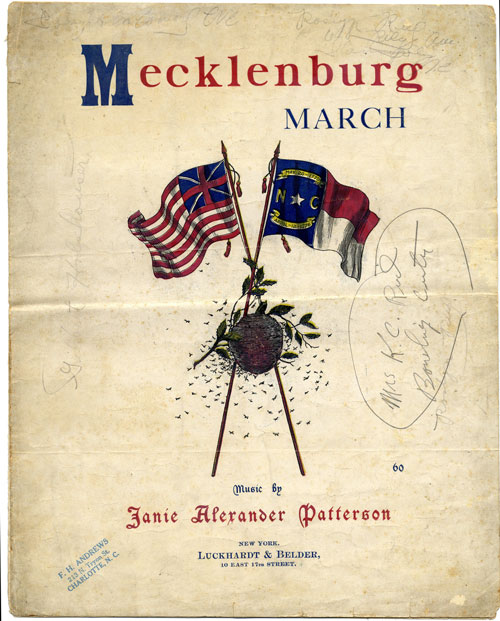 President Taft’s visit to Charlotte on May 20, 1909 not only spawned the term “Taft rain,” it also served as occasion for debut of the “Mecklenburg March.” Our colleagues at the Charlotte & Mecklenburg public library have a 2009 recording of the march online (though it doesn’t seem to working right now). No doubt many Mecklenburgers (especially those whose roots lie near the spring where the signers met) echo the sentiments found in the march’s only lyrics. This copy of the sheet music is from the papers of a proud Mecklenburger and staunch believer in the Meck Dec. We’re still looking for a little more information on Janie Alexander Patterson. We know that she was a “Miss” when she wrote this composition. And that she later became Janie Alexander Patterson Wagoner.

On this day in 1909: President William Howard Taft visits Charlotte for Meck Dec Day and the dedication of the 12-story Realty Building, the Carolinas’ first steel-frame skyscraper.

Just as a parade past Taft’s reviewing stand ends, a sudden downpour sends thousands running for cover. The president’s speech, moved indoors, opposes partisan politics in the federal judiciary. But it will be the “Taft rain” that Charlotteans remember.

Later, at what will become Johnson C. Smith University, Taft sits in a chair custom-built to accommodate his 325 pounds and urges blacks to continue pulling themselves up by their bootstraps.

These two postcards from the collection mark Taft’s visit to Charlotte.

This New York Times story about the 48-year reign of Michael as the most popular name for boys born in New York state reminded me to check the numbers for this part of the world.

When I last compared North Carolina’s favorite baby names with those of the country as a whole, in 2009, I found that differences had steadily shrunken over half a century. In just three years that divide has become even narrower: The girls’ names making up the U.S. top five for 2012 differ only in order from the names  making up the North Carolina top five. And the only exception in the boys’ top five is North Carolina parents’ preference for Elijah over Ethan.

We could hardly come closer to duplicating the national consensus if we tried. (Are we, in fact, trying?)

Footnote: After seeing a baby-names website tout North Carolina’s most historically distinctive names, Zebulon and Zeb, as among 2012’s “hottest,” I was expecting to see them rise in the national rankings. Alas, no. How hot can a name be and still not crack the top 1,000?

“Bogart-themed bistros, taverns and bars sprouted up all across the United States, and even in Mexico. Most were unimaginative recreations of the ‘Casablanca’ set, replete with ceiling fans and waiters in rumpled white linen suits. But a few played up Humphrey’s image, among them Bogart’s American Restaurant in Raleigh, North Carolina….

“Thomasville Furniture unveiled its Bogart Collection in the late 1990s. According to the ad copy, Humphrey ‘believed that true class could not be imitated or taught.’ You either had it or you didn’t…. The collection presented close to a  hundred pieces, including the Trench Coat Chair….”

— From “Tough Without a Gun: The Life and Extraordinary Afterlife of Humphrey Bogart” by Stefan Kanfer (2011)