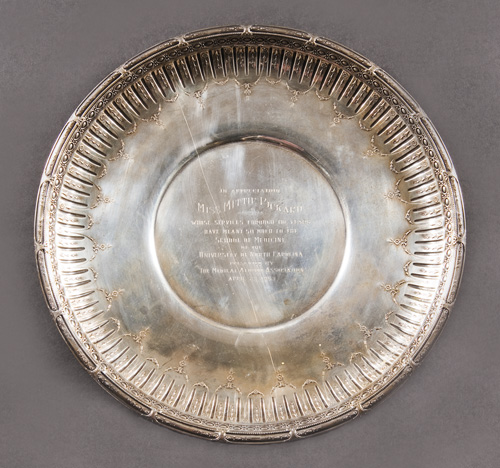 This silver plate, the July Artifact of the Month, was a gift to a UNC employee of uncommon loyalty. In 1914, Chapel Hill native Mittie Pickard began working at the UNC Medical School. She was the first woman to work at the school and its first medical technician. 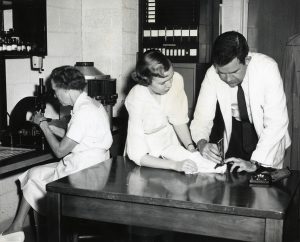 In an interview later in life, she recalled her early days at the School as a time “when you went to work early, stayed late, didn’t count the hours, and coffee breaks were unheard of.”

Pickard maintained her dedication even when she was off the clock, often spending her vacation time in laboratories at Harvard and the Mayo Clinic. 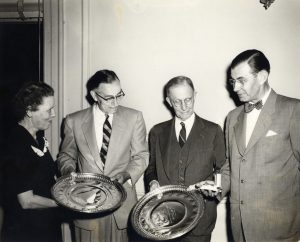 In 1953, after thirty-nine years on the job, she was awarded this engraved plate, which reads:

In appreciation
Miss Mittie Pickard
whose services through the years
have meant so much to the
School of Medicine
of the
University of North Carolina
presented by
the Medical Alumni Association
April 23, 1953

But Miss Mittie wasn’t nearly done. In 1959, upon retiring from the Pathology Laboratory, she was almost immediately asked to lead the eye pathology and surgical research laboratory. She worked there for thirteen more years.

All told, Pickard logged fifty-eight years in the School of Medicine, under six consecutive deans. 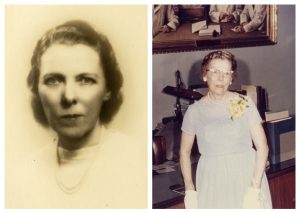 The Pickard Family Papers were recently donated to the Southern Historical Collection. The NCC Gallery is pleased to be the steward of Miss Mittie’s plate, a tangible reminder of one woman’s stellar service to the University.