Lemonade Ice Cream Cake from Pass the plate : the collection from Christ Church. 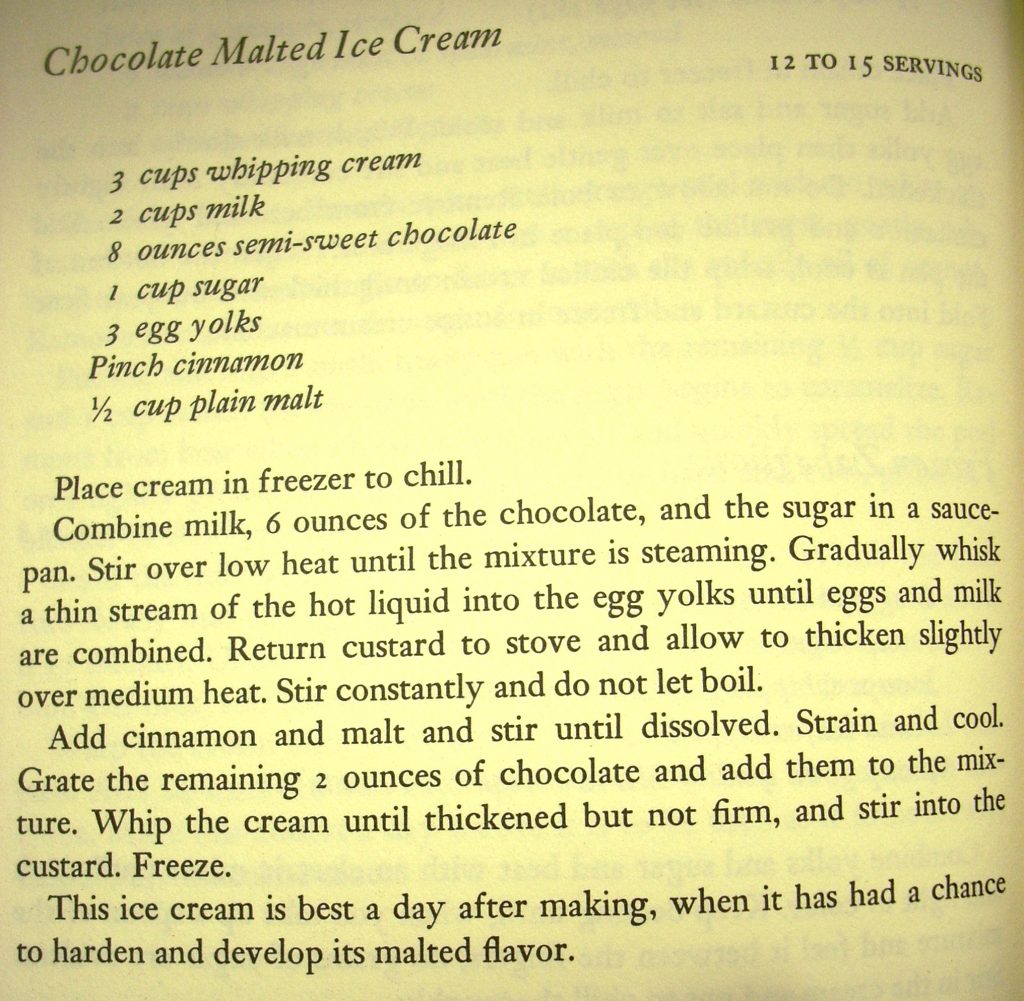 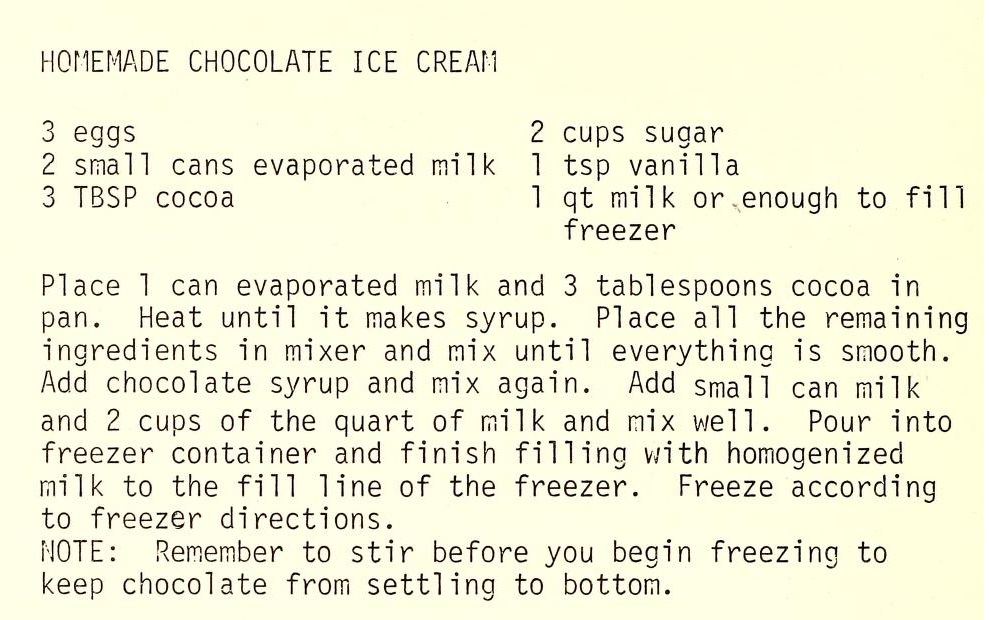 Homemade Chocolate Ice Cream from Recipes we love to cook.

“Times are tight here, as indeed they seem to be everywhere.  Pea-nuts have advanced fifty per cent., and three-cents-a-drink whisky is now so diluted, I am told, that a good sized drink would come near to bursting a five gallon demijohn.  I have noticed several who kept well soaked during the winter season, have not been generally more than half drunk during the present, owing to the aqueous element present in the elevating fluids, thus preventing the stomach from holding enough to affect the head. ”

— “A Raleigh correspondent of the High Point Reporter,” quoted in the Memphis Daily Appeal (October 16, 1861)