August is National Sandwich Month and we are ending the month with some sandwich recipes that will leave you asking “Is it lunch time yet?” 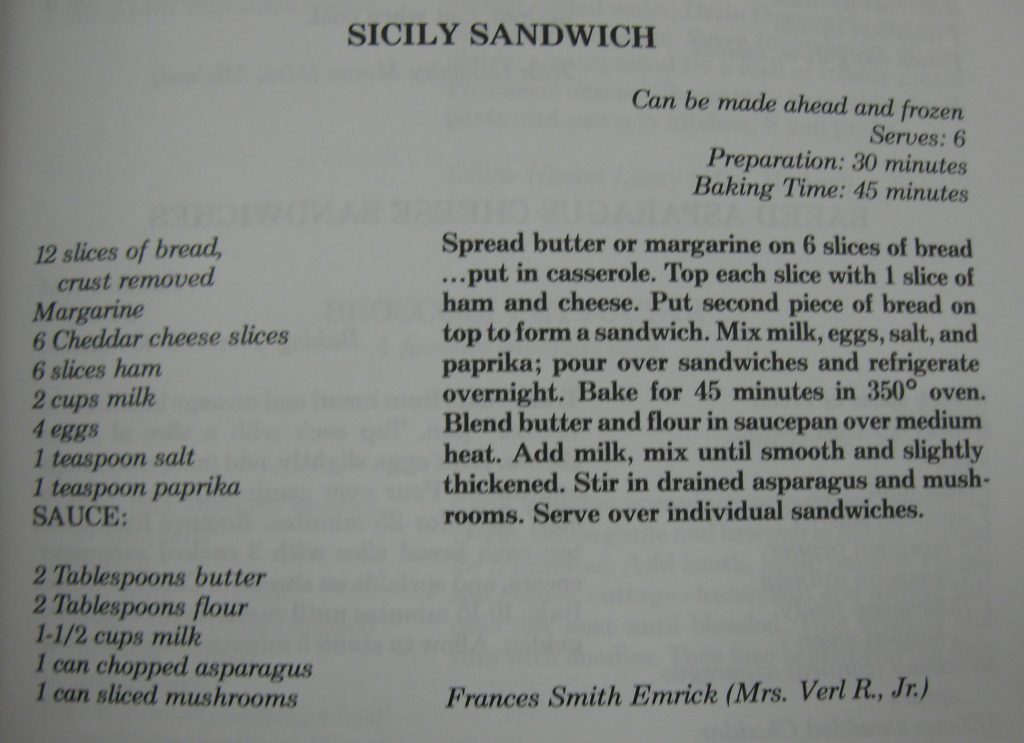 Sicily Sandwich from Mountain elegance : a collection of favorite recipes. 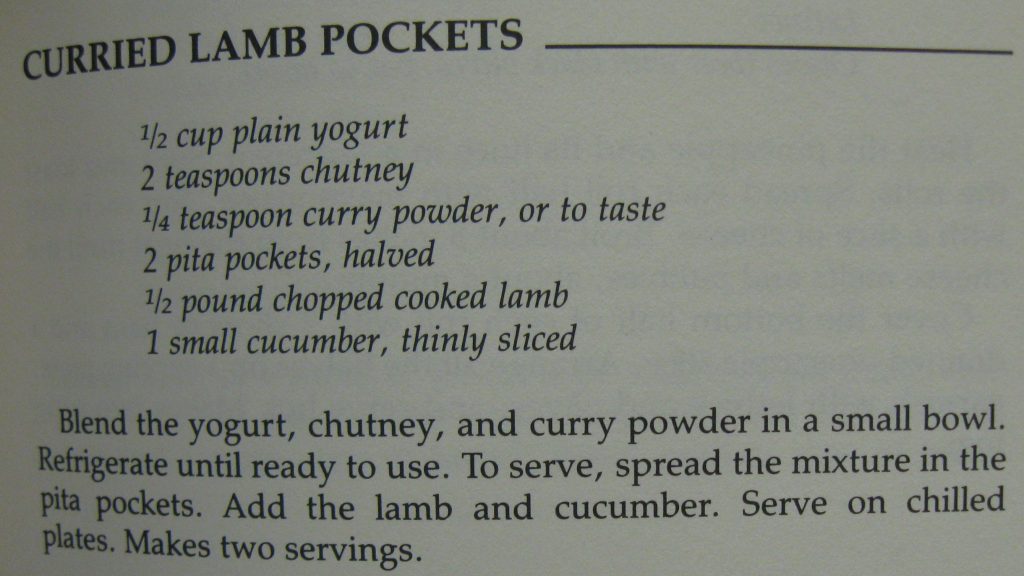 Curried Lamb Pockets from Love yourself cookbook : easy recipes for one or two. 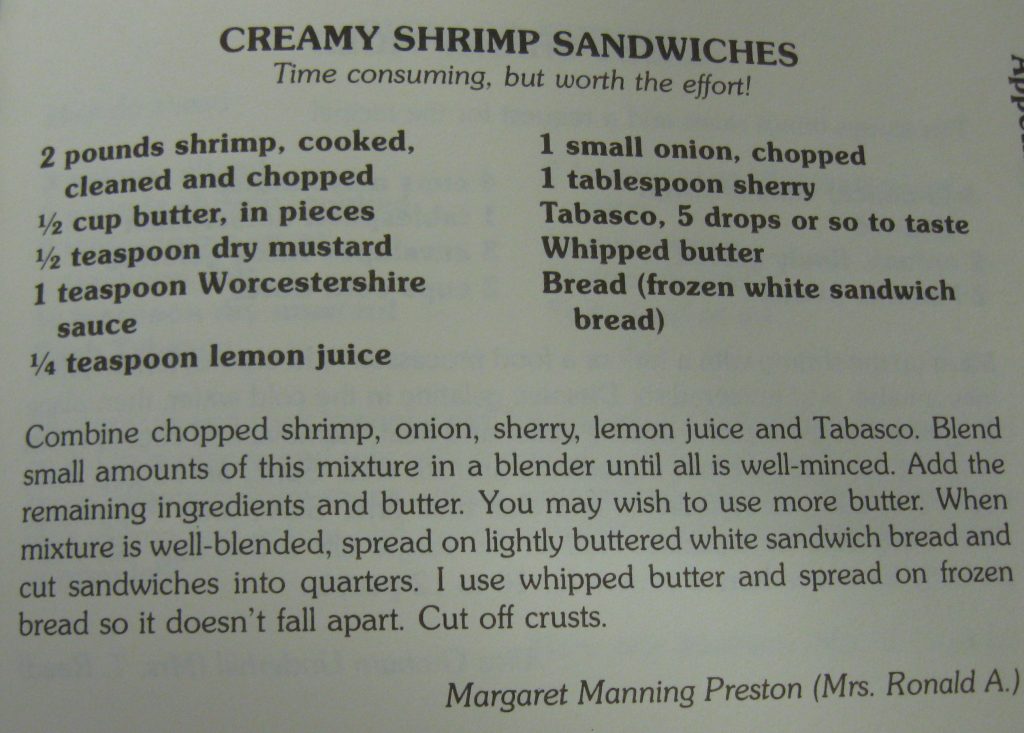 Creamy Shrimp Sandwiches from Pass the plate : the collection from Christ Church. 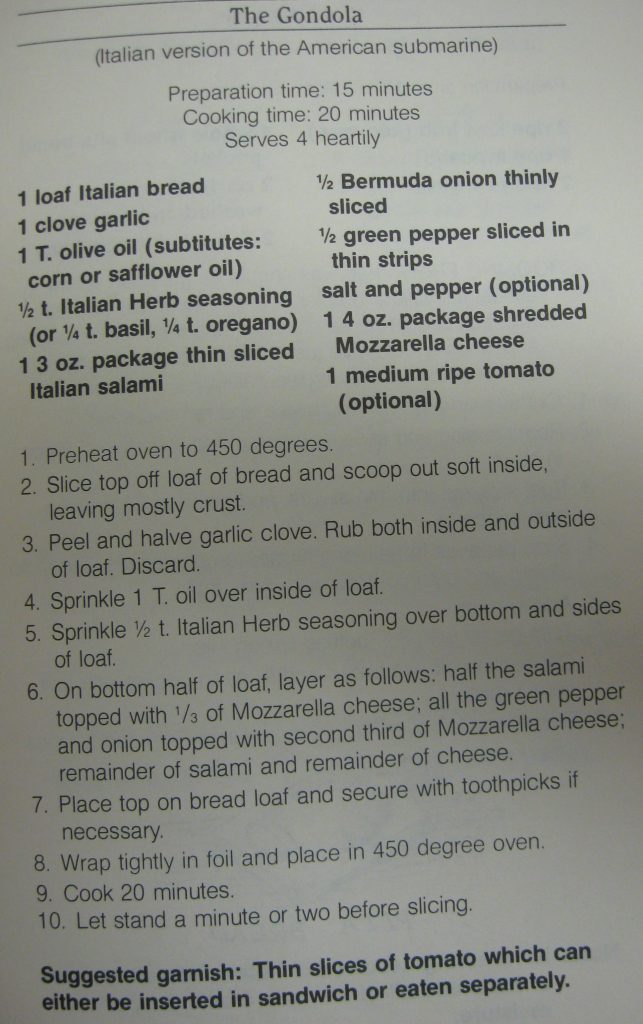 The Gondola from Rush hour superchef! : with step-by-step menus.

Sloppy Joes from Supper’s at six and we’re not waiting! 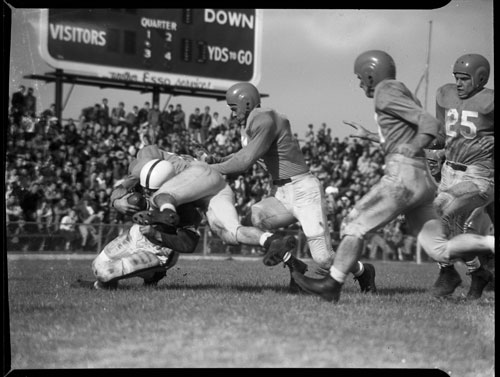 With the much-hyped Jadeveon Clowney expected to doom UNC’s chances of beginning its football season with a win, we thought it important to remind readers that the overall record in the intrastate match-up puts UNC ahead with twice the number of wins as the other Carolina to the South. The series record is 34-17 with four ties.

Photographer Hugh Morton was on hand to record one of the occasions when the Tar Heels claimed a W. On November 18, 1950 UNC walked away from Carolina Stadium in Columbia with 14 points. The hometown team scored only 7. Morton’s photo features four Tar Heels taking down a Gamecock. Number 25 for the Tar Heels is Irv Holdash, who was a first team All-Southern Conference center in 1949 and 1950.

Despite the Tar Heel’s win in Columbia, the team finished with a 4-6 record for the season. Holdash, a senior in 1950, was drafted in the seventh round of the NFL draft by the Cleveland Browns.

And, lest you think we’re being too hard on the Palmetto State. One of their wags thinks we Tar Heels need a little educating.