On this day in 1933: Black Mountain College, destined to become one of the most important breeding grounds of American art, literature, music and dance in the 20th century, holds its first faculty meeting.

The college is a Depression-era confluence of the progressive education movement in America and the Bauhaus design school in Germany, carried over by Jewish emigrants exiled by the Nazis.

It is at Black Mountain that composer John Cage will stage the first “happening,” a spontaneous reaction by a group to stimuli; Buckminster Fuller will build his first geodesic dome and choreographer Merce Cunningham will found his dance company. Among the school’s advisers: Albert Einstein and Carl Jung.

Its heyday past, Black Mountain will succumb to financial problems in 1956. Its campus is sold and becomes a boys camp.

“The African American novelist Charles Chesnutt, who grew up in North Carolina in the 1860s and 1870s, noted the absurdity of ‘walking around in a place where the color line shifted under his feet.’

“Black and white were ‘fluid categories’ in New Bern….  Mixed couples and their children lived in peace in the town into the 1880s…Segregation was not rigid in the South for at least another 10 years; for example, separate railroad passenger cars were not required by North Carolina until 1899….

“When the decennial count used the term ‘mulatto’ in the decades after the war, some families were able to move to that status from the category ‘black.’ ‘ 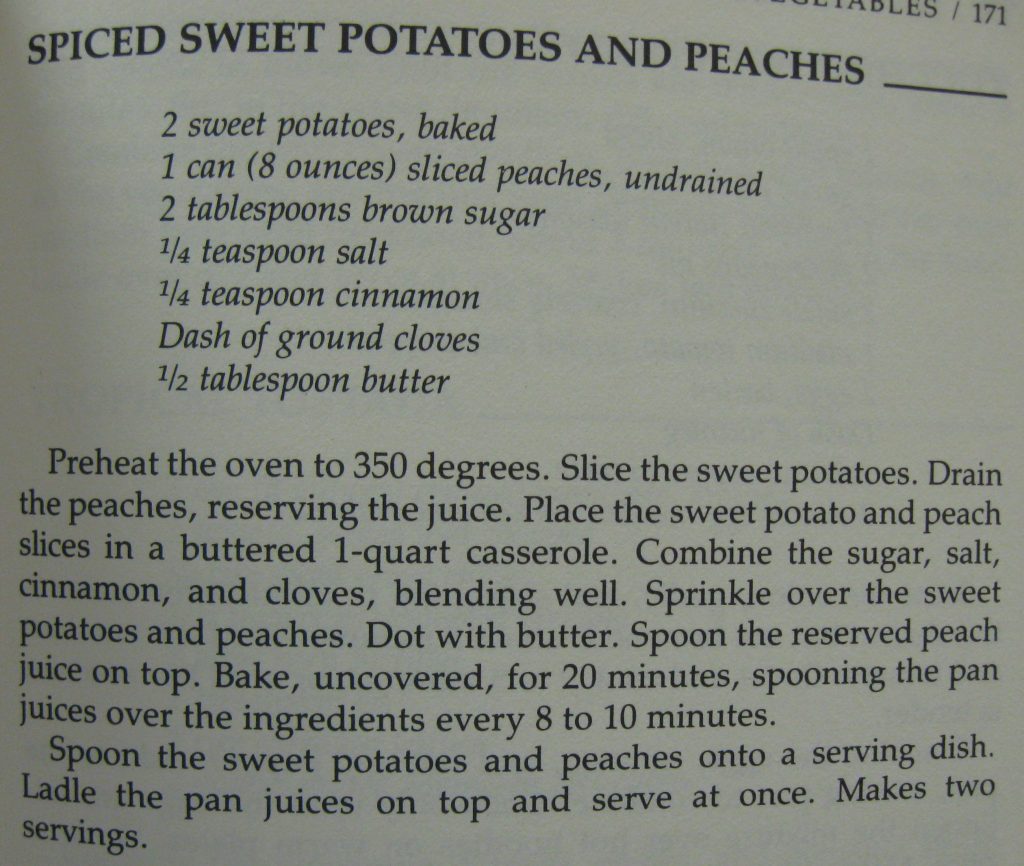 Spiced Sweet Potatoes and Peaches from Love yourself cookbook : easy recipes for one or two. 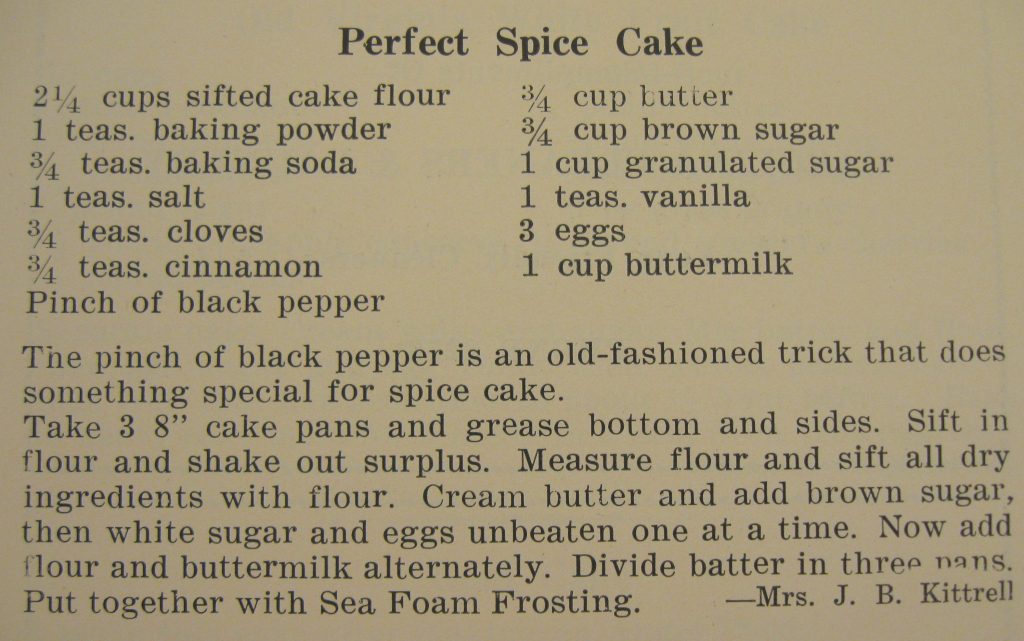 Perfect Spice Cake from Recipes for gourmet eating : a compilation of favorite tested recipes of housewives of Greenville and out of town friends.

Spiced Apple Muffins from Recipes for gourmet eating : a compilation of favorite tested recipes of housewives of Greenville and out of town friends.

Like Google Books Ngram Viewer before it, Wedding Crunchers — a searchable database of New York Times wedding announcements — has obvious limitations for serious research. But what’s so bad about a few passing screenfuls of entertainment and provocation?

Crosscultural pollination I: UNC meets the Carolinas (but not as often as it meets Virginia).

Crosscultural pollination II: UNC meets the Ivies (but not as often as it used to).

Is anyone else surprised at the wide attention being given this account of the near-disaster over Goldsboro in 1961?

Yes, it’s a scary-fascinating story, but other than the undeniable lure of “declassified documents” I’m not seeing much that Jessica Sedgwick didn’t cover quite nicely five years ago in her This Month in North Carolina History post.

You could make the case, of course, that there are worse subjects to overreport than a barely-averted nuclear holocaust.

On this day in 1926: Thomas Wolfe and James Joyce share a tour bus visiting the battlefield at Waterloo but do not meet — Wolfe is too shy to say hello.

He will write soulmate Aline Bernstein that he found the episode “insanely funny…. I sat on the back seat making idiot noises in my throat and crooning all the way back through the forest.”

“Today Thomas Wolfe has largely fallen out of fashion, but to read him in the 1940s was a rite of passage for the sensitive young person, who found in the story of Eugene Gant all the loneliness, rage and yearning of American adolescence….

“As soon as he started reading Wolfe, Jack [Kerouac] was certain he had actually seen him with his own eyes on his own first walk across the Brooklyn Bridge in 1937. Whether or not this was the case, Wolfe would become an almost palpable presence in Jack’s imagination…. He would look to Wolfe when measuring his own achievement and defend him fiercely from detractors with more modernist tastes….

“[In 1944] he made a pilgrimage to Asheville, North Carolina, where by chance he met Thomas Wolfe’s brother [Fred?]. Jack later remembered little about this trip, which suggests that he may have been drinking heavily all through it. In his diary, he noted only that he had his fill of the Southland.”

— From “The Voice is All: The Lonely Victory of Jack Kerouac” by Joyce Johnson (2012) 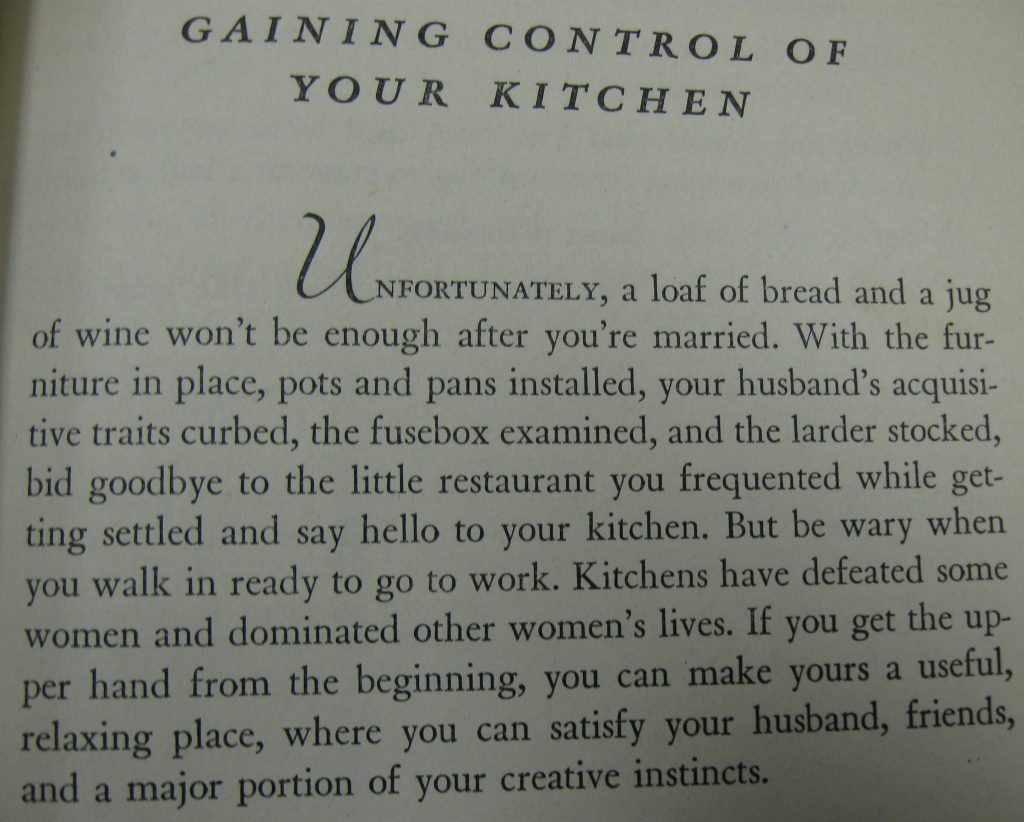 Gaining Control of your Kitchen from College wife.

Common Causes of Failure in Baking from Favorite recipes. 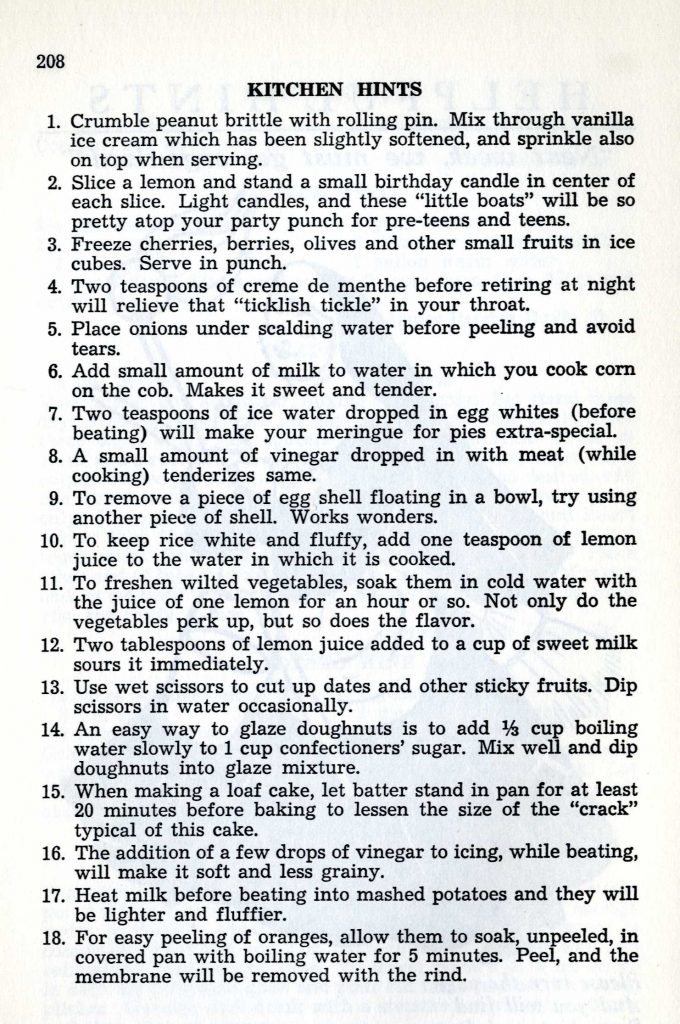 How to Clean a Conch from Columbus County cookbook II.

To mark the anniversary of this occasion, our September Artifact of the Month is a commemorative plate highlighting some of the park’s notable features. 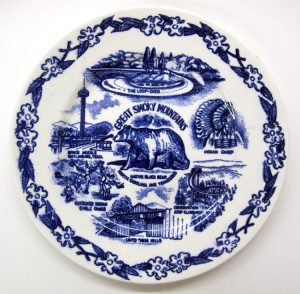 The plate, for which we have no date, depicts seven Smoky Mountain attractions:

This last image, the Indian chief, shows a stereotypical “Hollywood Indian” rather than a Cherokee in traditional Cherokee dress — a nod to the controversial practice of intentionally dressing with tourists’ expectations in mind. (The Museum of the Cherokee Indian’s website covers the topic of Cherokee dress concisely and well on its FAQ page.)

A quick look around eBay reveals that the seven attractions featured on this plate appear over and over in vintage Smoky Mountain souvenir items. But, of course, there’s much more to love about the Smokies. If you have a favorite Great Smoky Mountains attraction, activity, or memory, leave a comment and tell us about it!