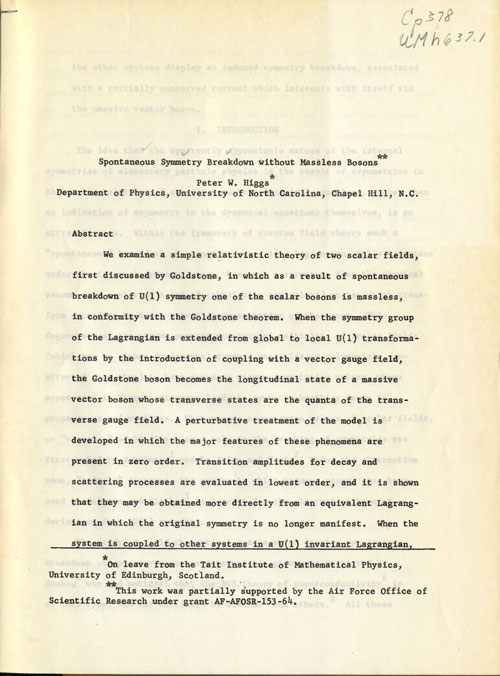 The awarding of a Nobel Prize to Peter Higgs yesterday marked the recognition of a lifetime’s effort to understand how particles acquire mass. The English theoretical physicist is the namesake for the Higgs boson, known commonly as the “God particle,” the sub-atomic particle that gives mass to other particles. Higgs did some of his early work on proving the existence of the boson during time at the Bahnson Institute of Field Physics at UNC-Chapel Hill from 1965 to 1966. He was invited for the academic year to study gravitation. But, his former UNC colleagues say, Higgs used his time in Chapel Hill to perform some of the complex mathematical equations that suggested the existence of the boson that eventually bore his name. He compiled that research into a paper (a typed copy of which exists in the North Carolina Collection) published in Physical Review in May 1966. 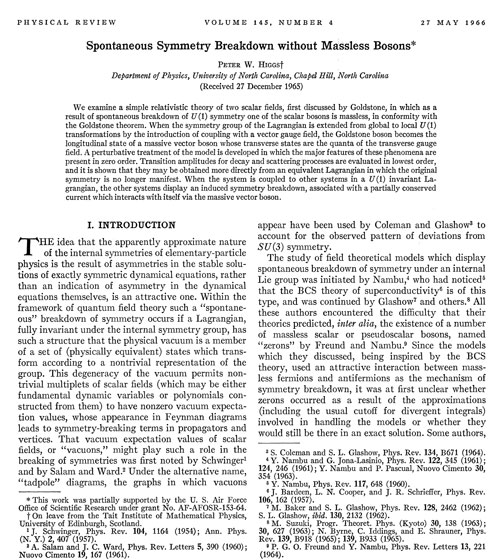