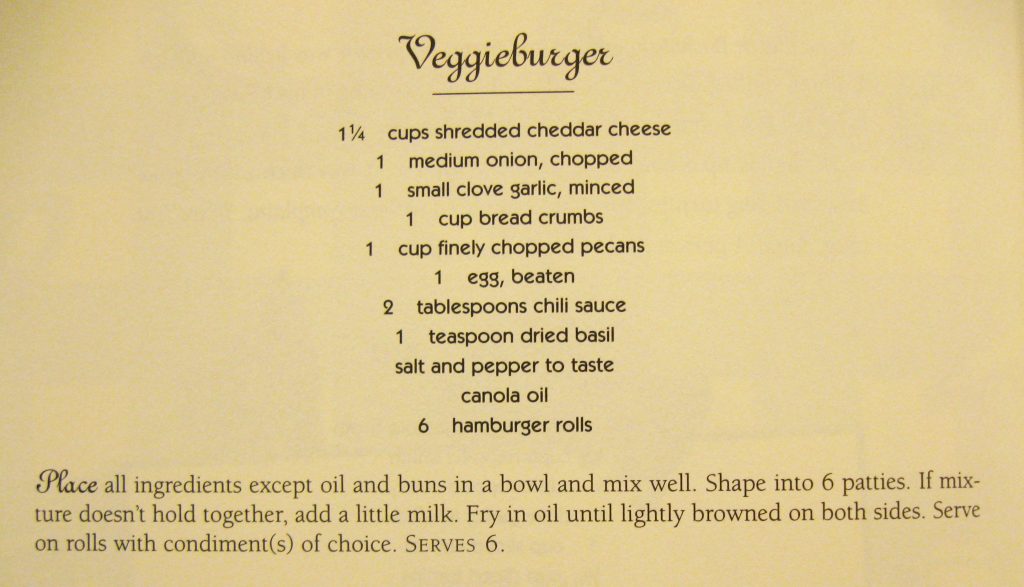 Veggieburger from The cat who– cookbook. 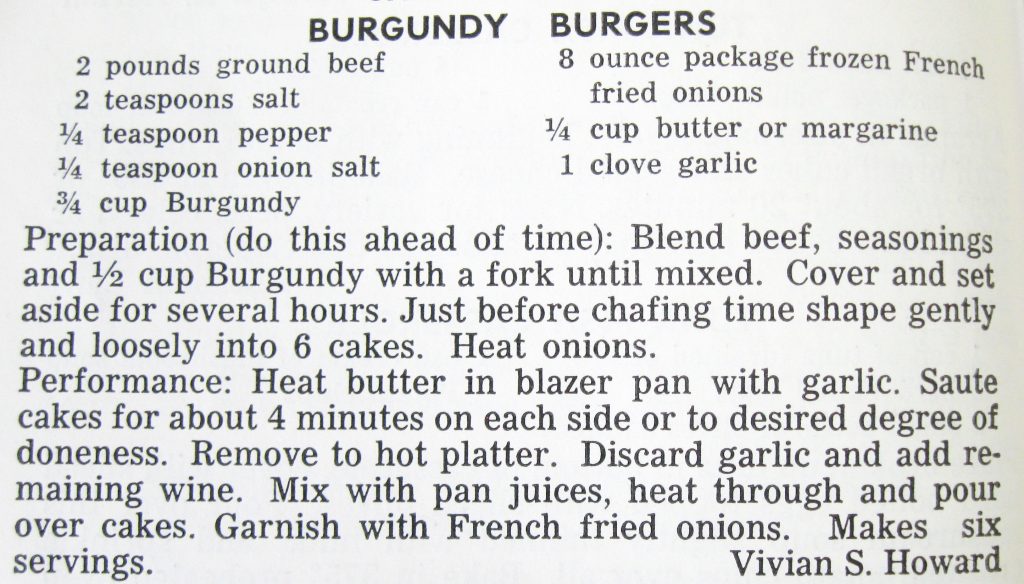 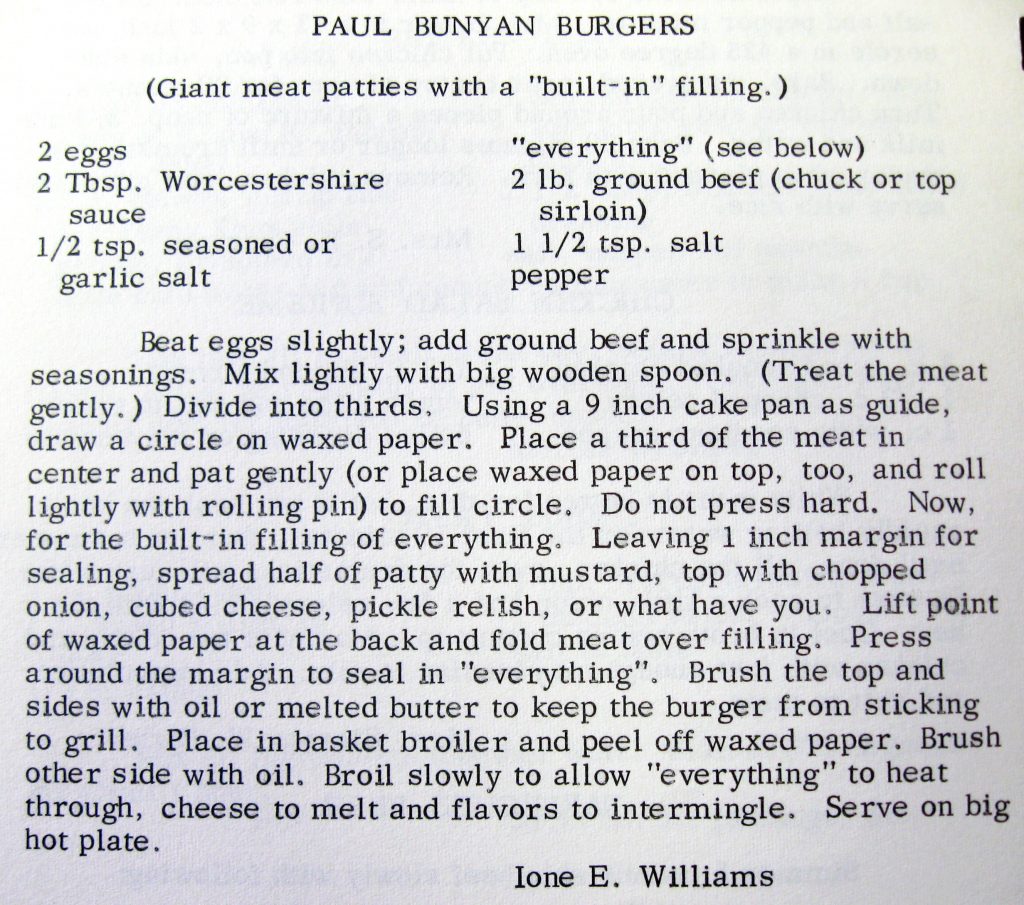 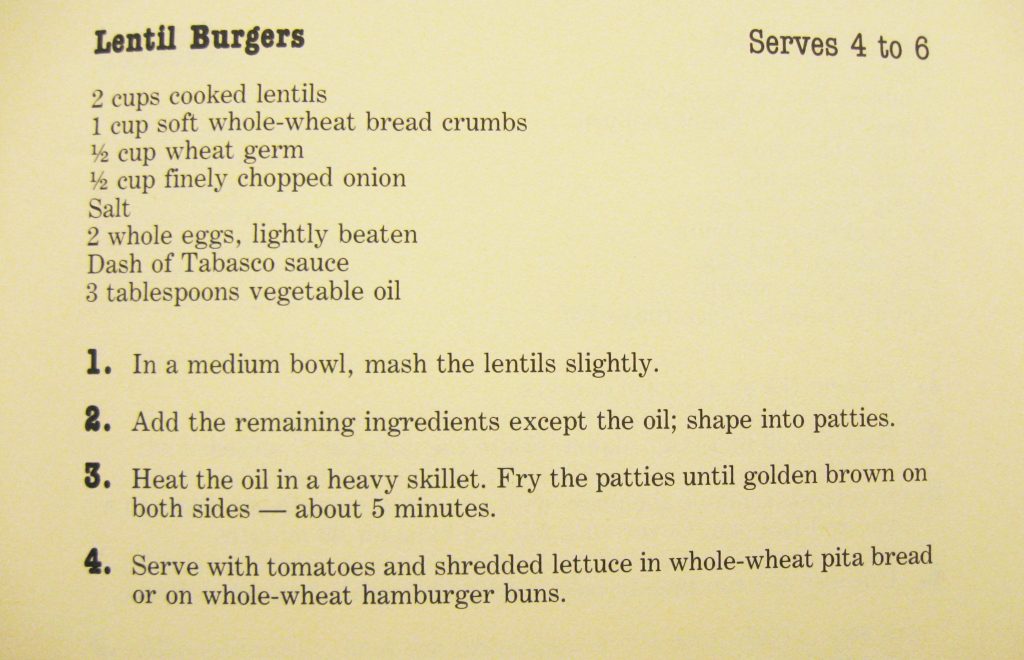 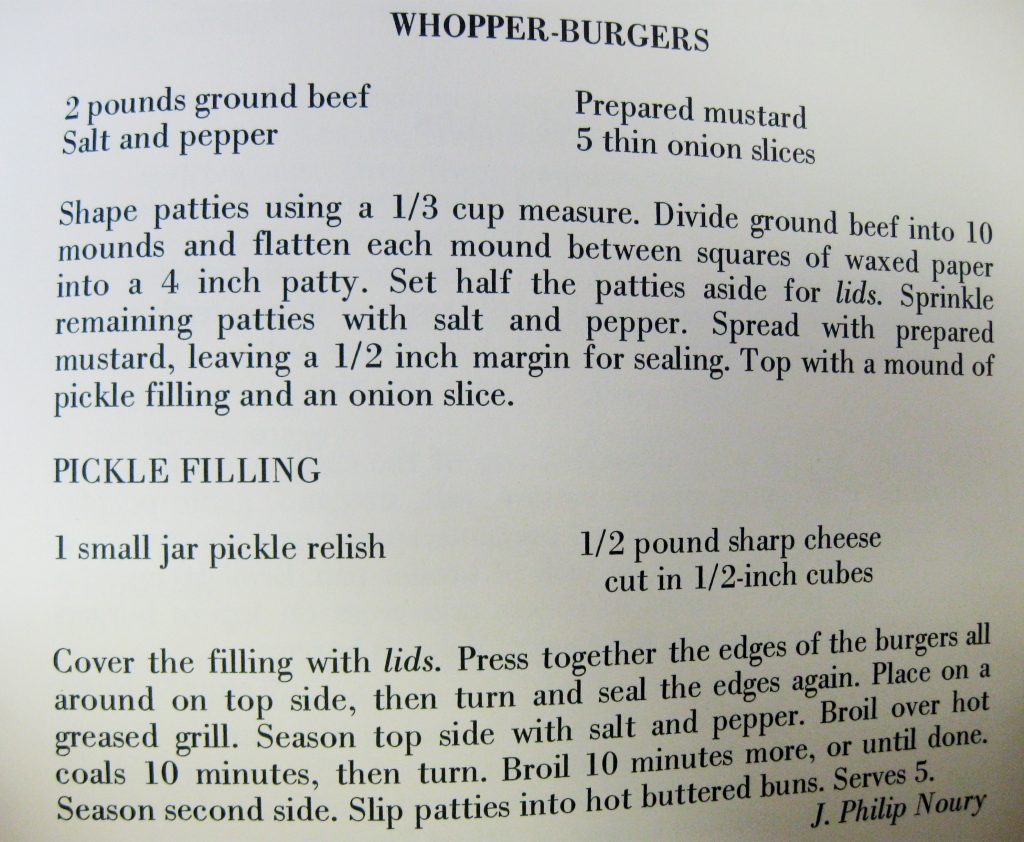 Whopper-Burgers from Carolina cuisine : a collections of recipes.

On this day in  1942: In Hollywood, Roy Acuff records “The Wreck on the Highway,” based on a real-life accident in Rockingham.

The melancholy song will become a country-music classic and a staple of Acuff’s long career, but it was first recorded (as “Crash on the Highway” or “I Didn’t Hear Anybody Pray”) in Charlotte in 1938 by the Dixon Brothers.

Many years later the Rev. Dorsey Dixon Jr. will recall: “My father wrote this song in 1936, when the ’36 Fords came out with a V-8 engine and began to kill people all over the nation. The wreck took place at the Triangle Filling Station. . . . Dad went down and seen the wreck, seen the whiskey, blood and glass on the floor of the car.”

Dixon and his brother Howard, both long-time millworkers, specialized in what have been referred to as “did-wrong-and-got-caught songs.” In the 1930s the Dixon Brothers often performed on WBT radio under the sponsorship of Crazy Water Crystals and made several records at RCA Victor’s makeshift Charlotte studio.