“Lewis Mumford wrote that, in a city, ‘Time becomes visible.’ Not, it would appear, in Raleigh, North Carolina, where a city board has just decided that a rather discreet and understated modern house might need to be torn down because it damages the ambience of a historic district, which is to say it destroys the illusion that the [Oakwood] neighborhood is a place in which time has stopped….

“It’s especially odd that this is happening here, since there is a lot of history for modern architecture in North Carolina, which actually has more significant modern houses than any state except California and New York…”

— From “Is This House Too Modern to Exist?” by Paul Goldberger in Vanity Fair (April 29) 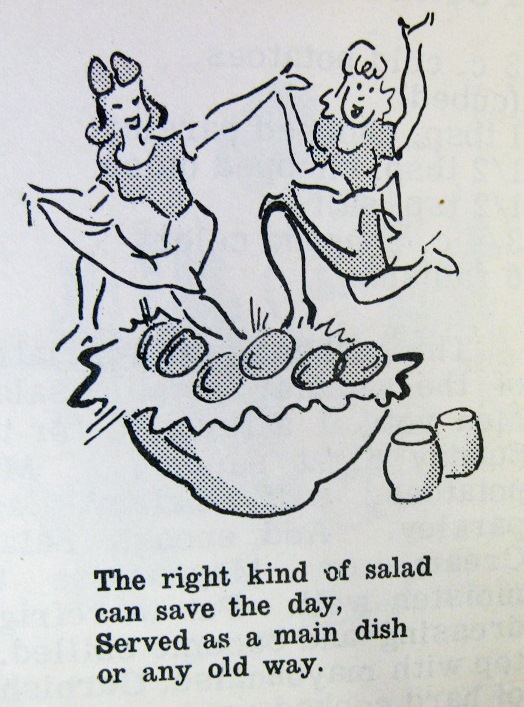 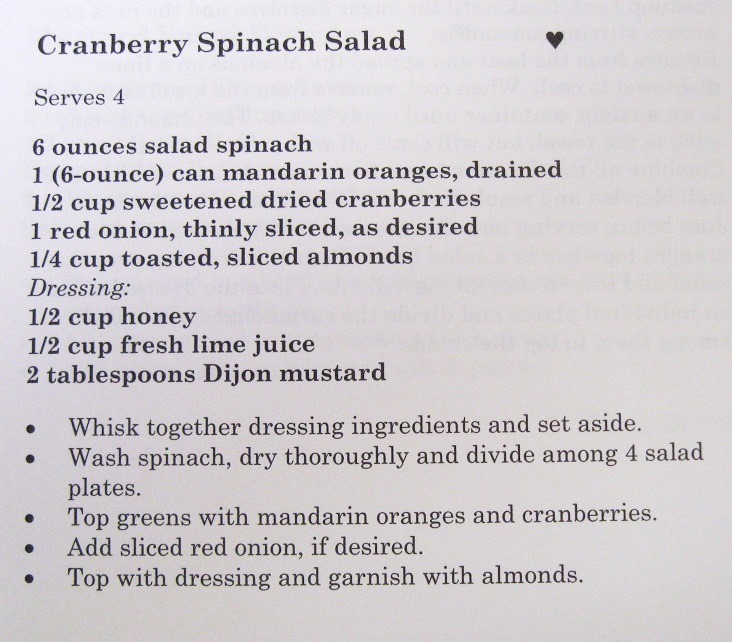 Cranberry Spinach Salad from Flavors of Fearrington : the village where neighbors care and community is alive. 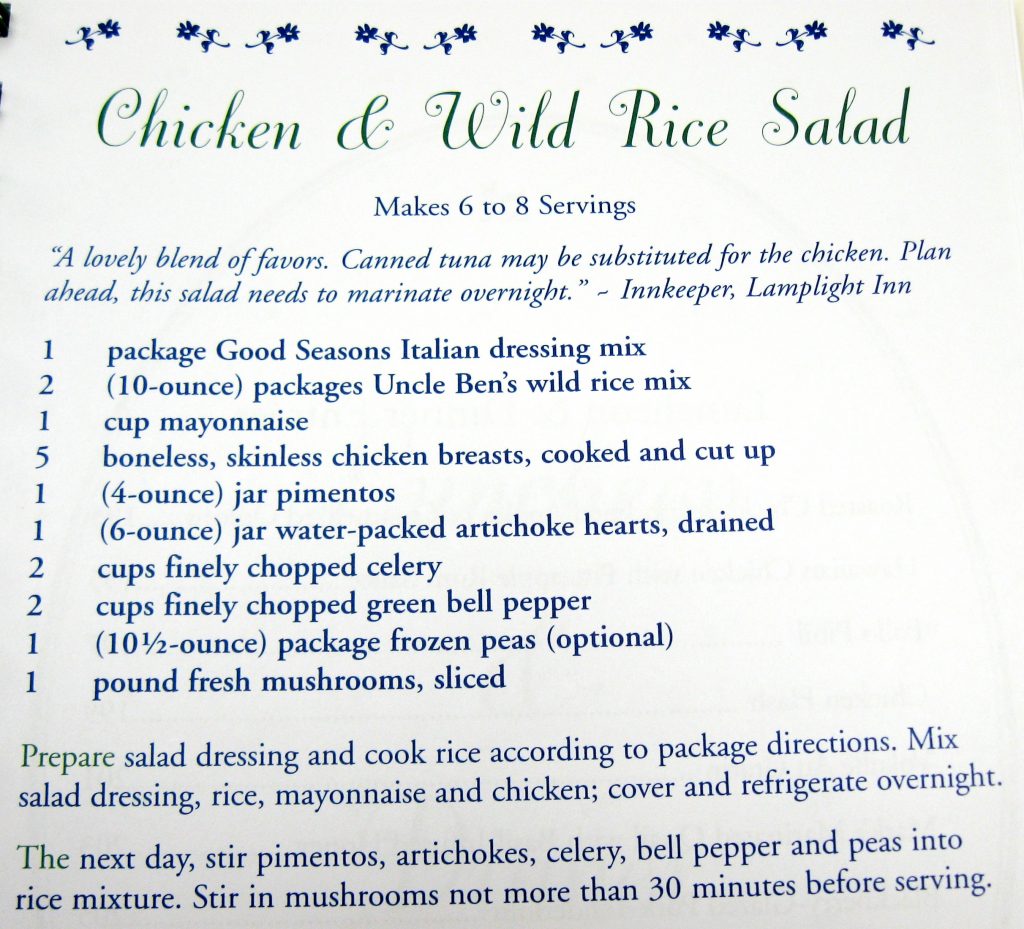 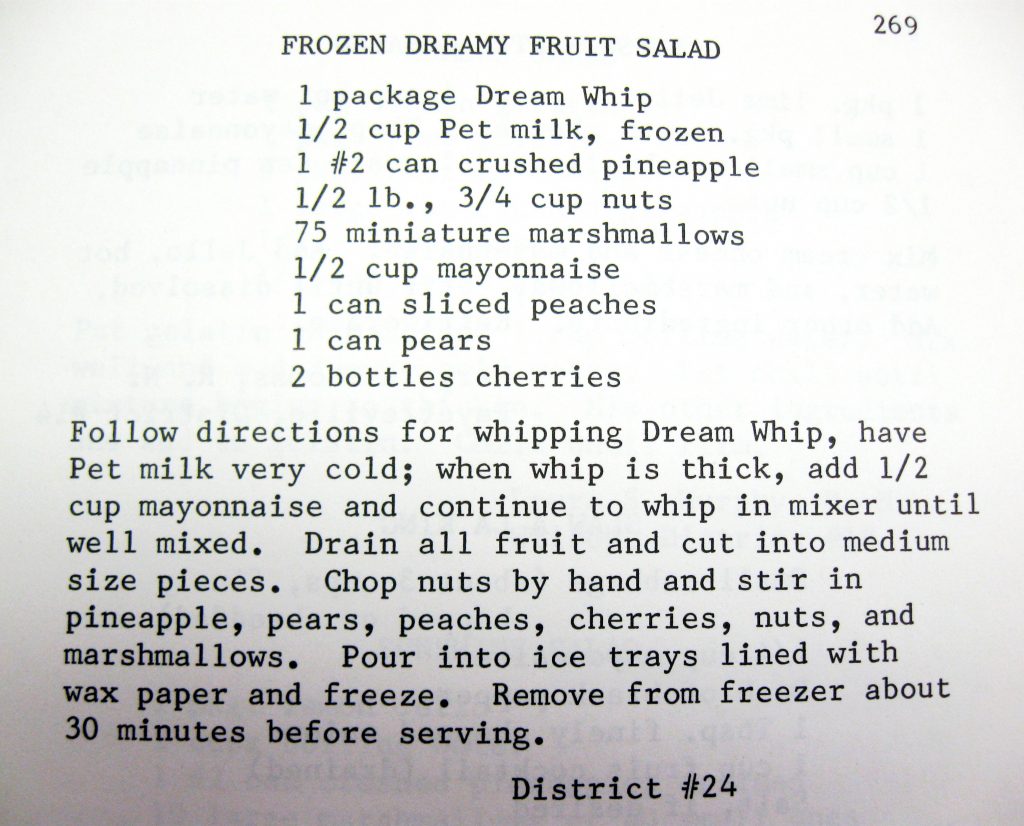 Frozen Dreamy Fruit Salad from Nightingales in the kitchen 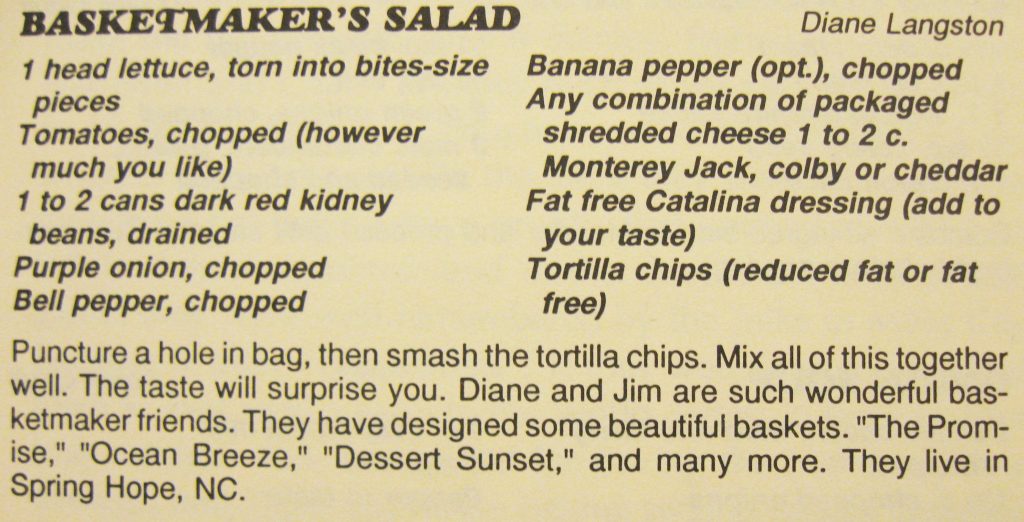 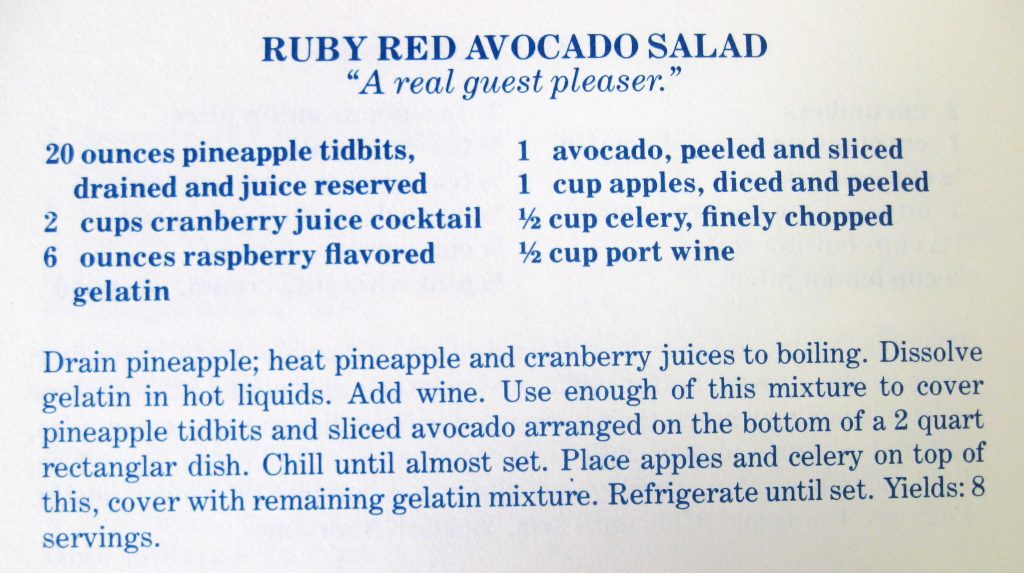 “Much is said of the hypocrisy of the South. I found but little of it anywhere. The North-Carolinian calls himself a Unionist, but he makes no special pretence of love for the Union.

“He desires many favors, but he asks them generally on the ground that he hated the Secessionists. He expects the nation to recognize rare virtue in that hatred, and hopes it may win for his State the restoration of her political rights; but he wears his mask of nationality so lightly that there is no difficulty in removing it.”