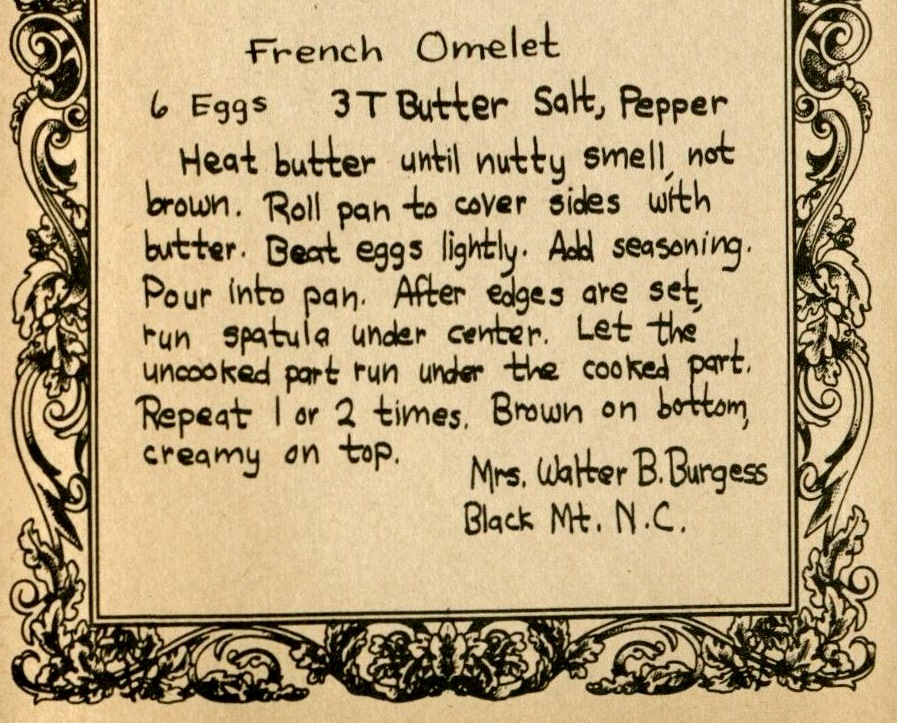 Oven Omelet from The Charlotte cookbook.

Spinach Mushroom Omelet from Pass the plate : the collection from Christ Church. 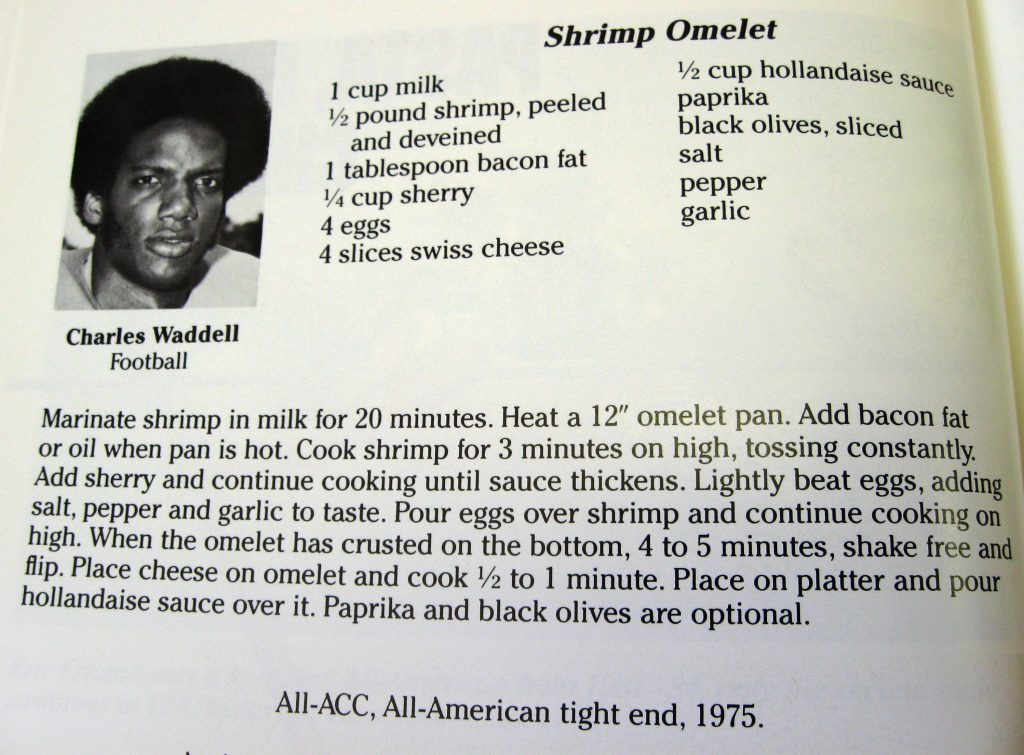 Cheese Zucchini Omelet from What’s left is right : what to do with leftovers when you’re desperate.

Corned Beef Omelet from Soup to nuts : a cook book of recipes contributed by housewives and husbands of Alamance County and other sections of state and country.

“Ringgold, Ga., has a mayor who’s one generation removed from the Civil War.

“Joe Barger’s grandfather — that’s right, his grandfather — Jacob A. Barger served as a private for the South in North Carolina’s infantry. Mayor Barger grew up in Salisbury, N.C., about 35 miles north of Charlotte.

“The births were spaced that way because both Barger’s grandfather and father married younger women after their first wives died.

“Being the grandson of a Civil War soldier is so unusual, the 84-year-old mayor said, that when he tells people about it, ‘I don’t think they believe me.’ ”