This Sunday is the third Sunday in July and that means ice cream!  Celebrate National Ice Cream Day with your favorite flavor. 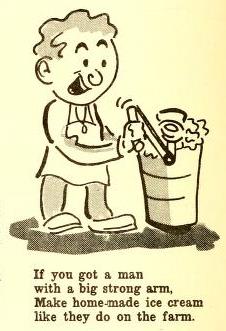 Cheerwine Ice Cream from Cooking on the cutting edge.

Peach Marshmallow Ice Cream from Given to hospitality : a cook book.

Coffee Ice Cream Supreme from Flavors of Fearrington : the village where neighbors care and community is alive. 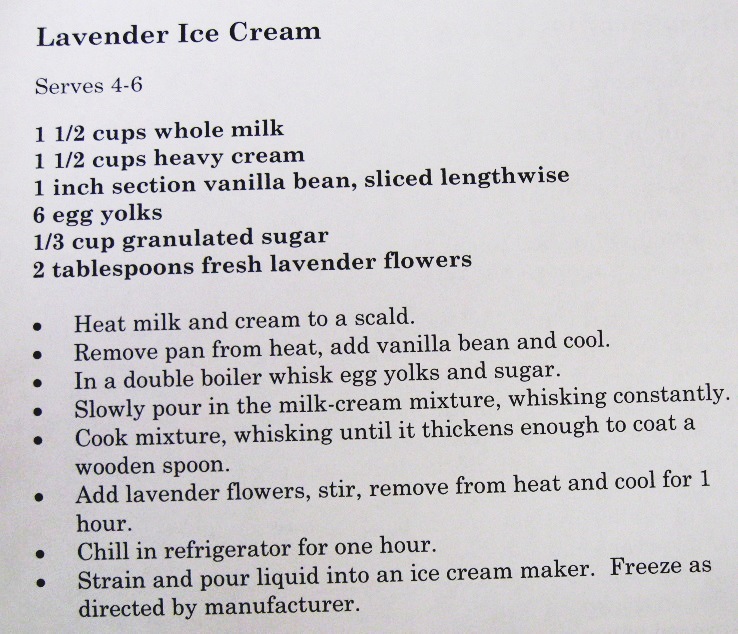 Lavender Ice Cream from Flavors of Fearrington : the village where neighbors care and community is alive.

“At the very least, we can definitively trace the term to 1937, when it was used in a popular song. It is likely that Cackalacky’s etymology runs much deeper, however….

“It may have arisen from a kind of sound-play utterance used to refer to the rural ways of people from Carolina — a play on the pronunciation of the state.  Another hypothesis is that Cackalacky was derived from the Cherokee term tsalaki, pronounced ‘cha-lak-ee,’ the Cherokee pronunciation of Cherokee. Yet another hypothesis traces it to a cappella gospel groups in the American South in the 1930s, who used the rhythmic (but apparently meaningless) chant clanka lanka in their songs. Derivations related to the German word for cockroach (kakerlake) and a Scottish soup (cockaleekie) have also been suggested….

“Certainly the popularity of Cackalacky has risen in the last decade, and it has now become a positive term of solidarity used throughout the state. We favor the sound-play etymology for Cackalacky, but we are honesty just venturing our best guess….”

This is not, of course, the Miscellany’s first or even second swat at the elusive origins of Cackalacky, and it likely won’t be the last.