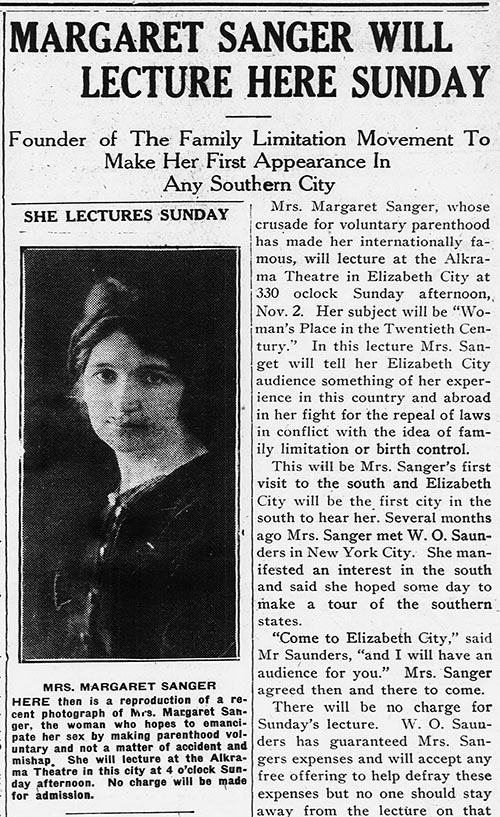 When Margaret Sanger came to speak on family planning in Elizabeth City on November 2, 1919, contraception had been illegal in the United States since the enactment of the Comstock Act of 1873 and birth control was a yet unfamiliar term in the American language.

Sanger’s visit to North Carolina was facilitated by William Oscar Saunders, publisher of the Elizabeth City Independent. The two had met in New York City while Saunders was visiting there. The November 7, 1919 issue of the Independent reported that over 800 people attended Sanger’s talk, in the “first public meeting for the discussion of the subject of birth control ever held in the south.”

Sanger would go on to be arrested in November, 1921 in New York City for disorderly conduct as she prepared to give a speech at the First American Birth Control Conference, an event she organized. Sanger is a well-known social reformer and sex educator, and is credited with helping create the modern birth control movement.