In 1882, Littleton Female College opened in Littleton, North Carolina. Originally chartered as the Central Institute for Young Ladies, the school grew from an inaugural class of eleven students to 274 students in 1907.

Our November Artifact of the Month is a commemorative plate that recalls Littleton College (which eventually dropped the word “female” from its name). 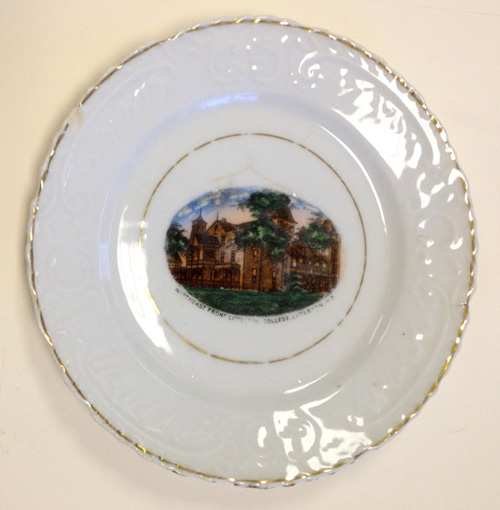 Littleton College offered courses in chemistry, physics, and mathematics in addition to the domestic courses of study that were common in contemporary women’s schools. Littleton was a private Methodist school, owned by Rev. James Manly Rhodes.

In 1919 a fire destroyed the school’s buildings and Mr. Rhodes didn’t rebuild. But despite Littleton College’s relatively short lifespan, we’re left with some great documentation of the institution and its students. 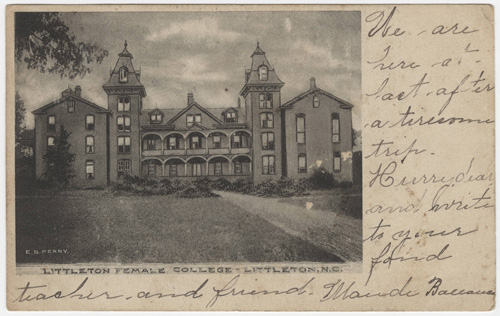 The commemorative plate, a recent donation from a descendant of several Littleton students, is the Library’s first non-paper artifact from Littleton College. It’s a great addition to the North Carolina Collection Gallery.