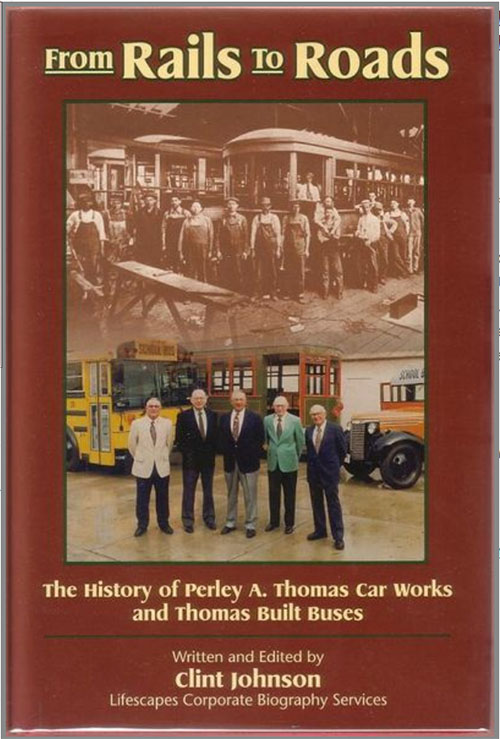 In 1910 Canadian-born Perley A. Thomas moved with his family from Cleveland, Ohio, to High Point to take a job as chief engineer, draftsman and designer for the Southern Car Works. When that business closed shop in 1916, Thomas organized his own company, the Perley A. Thomas Car Works, to convert open streetcars to closed streetcars for the Southern Public Utility Company in Charlotte. The ensuing years brought great success to Thomas’s company, first, in the manufacture of streetcars, and, later, with the rise in the popularity of road travel, in the manufacture of buses. In 1998 the company, which changed its name to Thomas Built Buses in 1972, was sold to Freightliner, a major American truck manufacturer. At the time of the sale, Thomas Built was the second largest manufacturer of school buses in the United States. It is now the largest.

Read about an order the Montgomery, Alabama Light and Traction company placed for streetcars in the September 29, 1919 issue of the High Point Review. For an in depth look at the company’s history, read From Rails to Roads: The History of Perley A. Thomas Car Works and Thomas Built Buses.