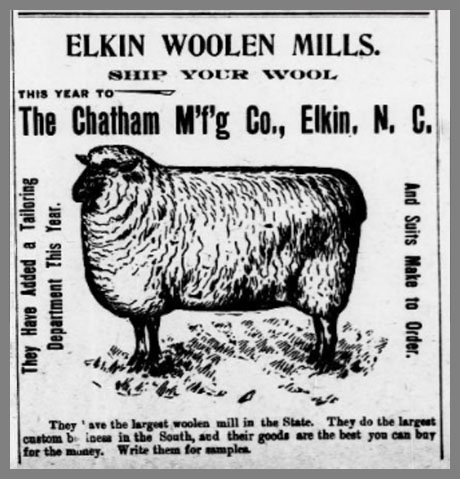 We see a lot of interesting images here at North Carolina Historic Newspapers, like this sheep advertising the Chatham Manufacturing Company of Elkin. My interest was piqued, and I set out to learn more about the company behind the ad.

Founded in 1877 through a partnership between Alexander Chatham and his brother-in-law, Thomas Lenoir Gwyn, the company evolved from a single wool carding machine operation to the largest single unit woolen mill in the world by the 1950s.

In 1890, Alexander Chatham bought out Thomas Lenoir Gwyn’s share of their company, which at the time was named Elkin Woolen Mills. In the same year, Alexander Chatham’s eldest son, Hugh Gwyn Chatham, assumed leadership of the company.

In the 19th century most of the company’s raw material came from the area surrounding Elkin, with local farmers bringing their wool in to have it spun into blankets. Eventually Chatham Manufacturing acquired wool from such distant locales as New Zealand, Australia, and South America as production demand exceeded local supply.

The company is most widely known for its Chatham Blankets, of which it contributed millions for solders’ bedrolls during World War I and World War II. Chatham manufacturing also produced upholstery for cars, beginning in 1936 with fabric for the Packard Motor Company. Other products included baby blankets, men’s suiting fabric and sportswear woolens, among others. By the 1950s there was a United States Custom port of entry operating in Elkin to support the company’s volume of imports.

In 1988 Northern Feather, a Danish textile firm, bought Chatham Manufacturing and the company passed out of family hands.

To learn more about Chatham Manufacturing, its employees, and life in Elkin during the reign of this American manufacturing powerhouse, check out:

Our history : a photographic sketch

Mr. Chatham’s mill : a tiny textile plant four generations ago, Chatham Manufacturing Company is now a leading producer of blankets and other fabrics.

Summer has come to the Tar Heel State with a bang.  With temps in the upper 90s and heat indexes to the 100s, you could fry an egg on the sidewalk! 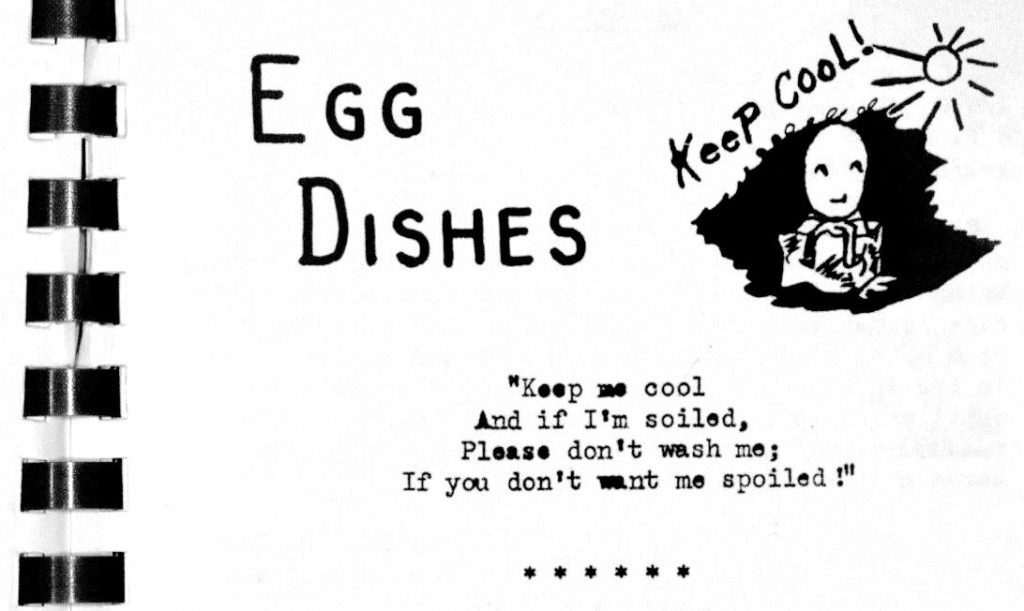 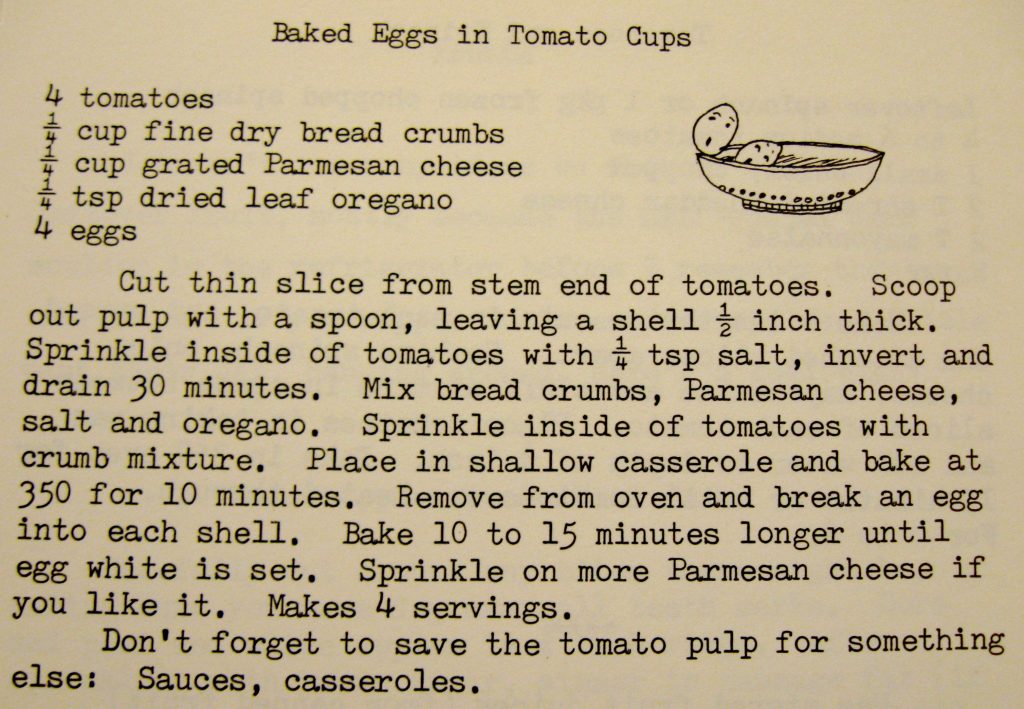 Baked Eggs in Tomato Cups from What’s left is right : what to do with leftovers when you’re desperate. 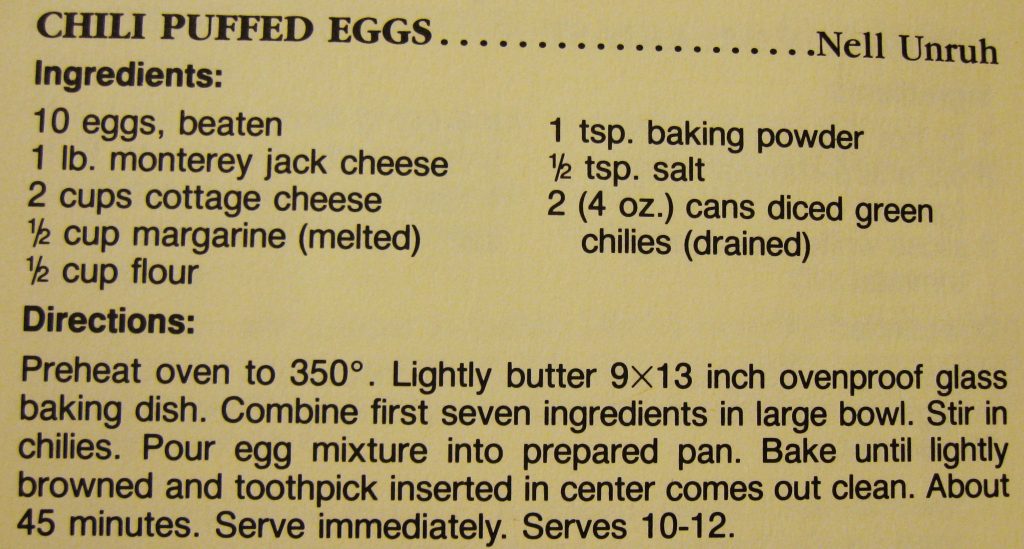 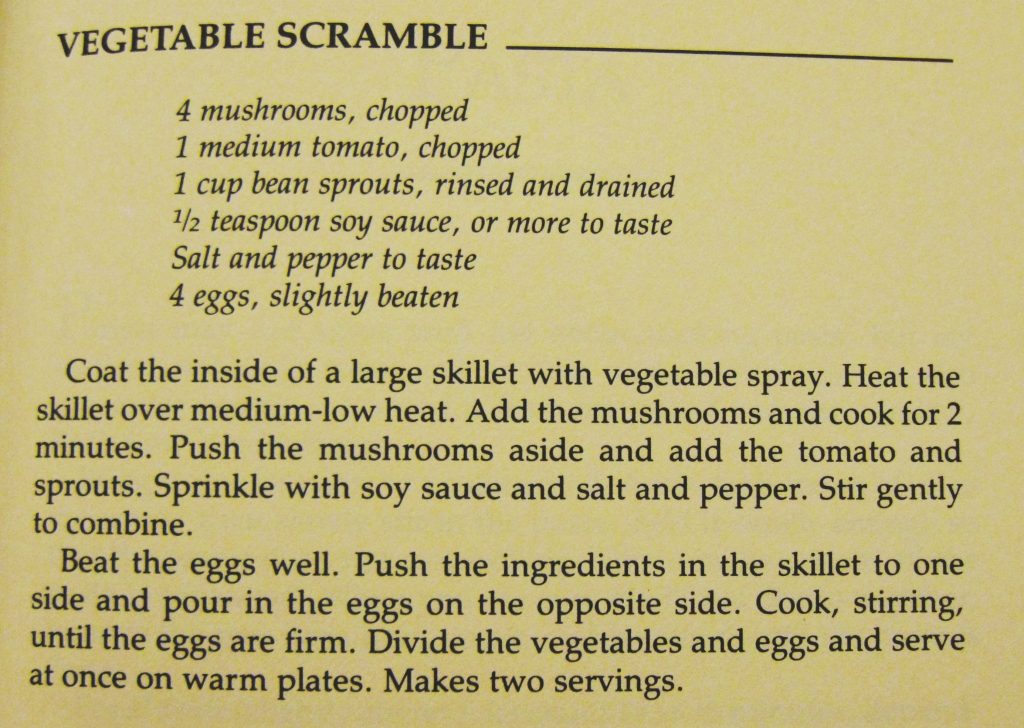 Vegetable Scramble from Love yourself cookbook : easy recipes for one or two. 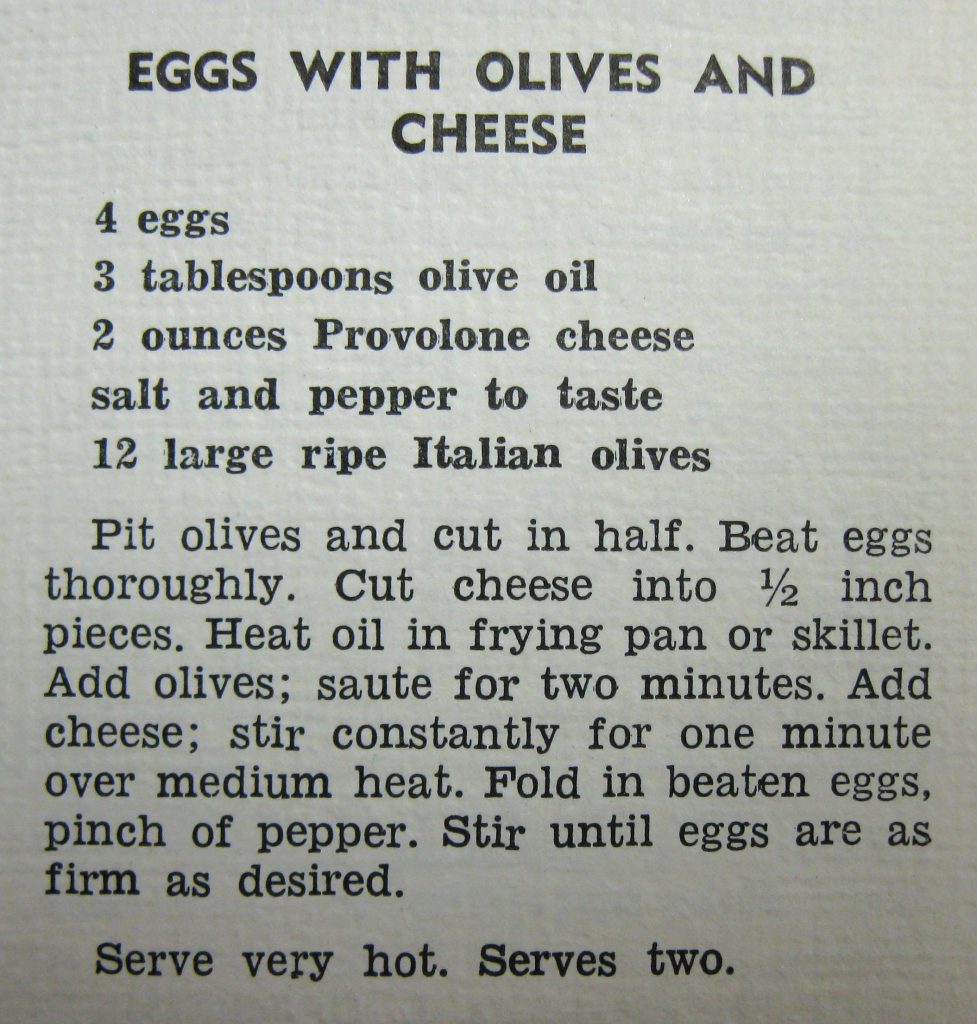 Eggs with Olives and Cheese from Waldensian cookery.