There’s nothing like a good ghost story to get you in the mood for Halloween.  This week we will bring you stories of haunted houses, friendly ghosts, and lingering spirits from each region of the Old North State. 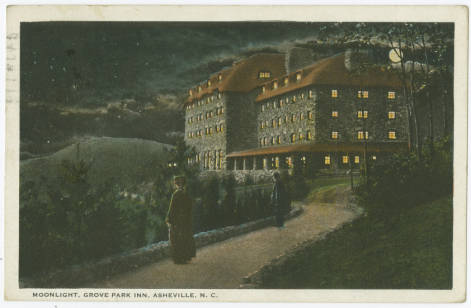 Edwin Wiley Grove first opened the Grove Park Inn in 1913. Located in Asheville, NC, this picturesque hotel is rumored to be haunted by a ghost that people call the Pink Lady. Apparently this woman, who is identified by the pink color of her dress, fell (voluntarily or not) from the balcony of room 545 and tragically died nearly one hundred years ago. Guests and hotel employees have told stories of doors and windows in the room where she stayed that mysteriously open and close on their own, along with lights and other electrical devices throughout the inn turning on and off independently. Other guests have seen a pink mist, felt the Pink Lady sitting on their beds, holding their hands, or told stories of her comforting sick children. Maybe if you go to the Grove Park Inn and stay in room 545, you will see this friendly ghost, or feel her tickling your feet while you lay in bed. 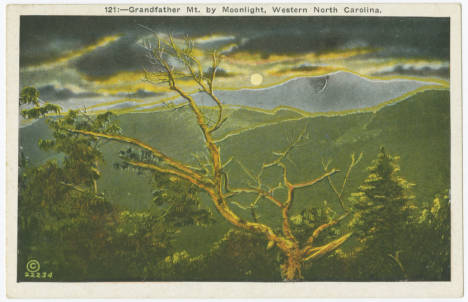 Grandfather Mountain, aptly named due to its profile resembling that of a bearded old man lying down, is a popular hiking destination near Linville, NC. There are many miles of hiking trails on the mountain, and people tell stories of seeing a solitary hiker walking along the twisty paths at dusk. He never acknowledges those he passes, his clothes appear to be from many decades past, and he vanishes from sight. This is the Phantom Hiker of Grandfather Mountain, and no one knows who he was or why his spirit haunts the mountain. But, if you go for a visit you might catch a glimpse of him. 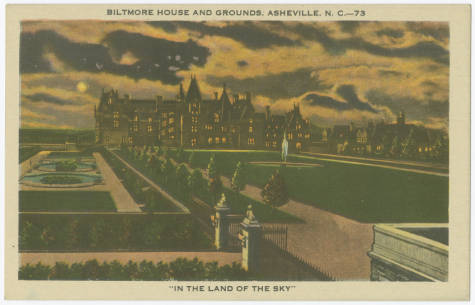 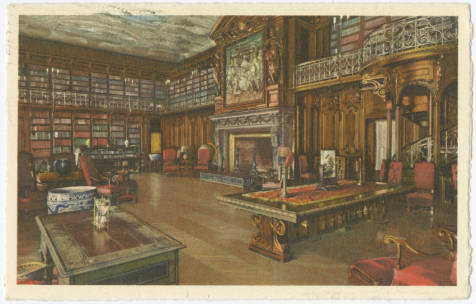 George Washington Vanderbilt constructed the magnificent Biltmore Estate in Asheville, NC, as a vacation home for his family. He and his wife Edith spent much of their time enjoying their impressive library full of antiques, artwork, and famous editions, along with throwing opulent parties. George died in 1914, less than twenty years after his cherished house was completed. But, some say George’s spirit never left the house and that he still visits his library, especially on stormy nights. People also report hearing the voice of his wife, Edith, calling George’s name, or the sounds of party guests laughing or playing music as they walk around the lavishly decorated, empty rooms.