Today we move a little east, to the Piedmont.  From houses to bridges, this area is rich with haunted happenings. 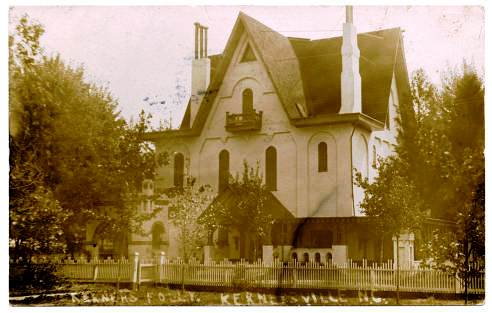 Jule Körner constructed Körner’s Folly in 1878 as his bachelor pad and a home to his interior design business, which included furniture and paintings that he created. The house is an architectural marvel and gets its name from its eclectic and eccentric style. After Körner and his wife died, the house stood vacant for years. In the 20th century the building housed a funeral parlor and an antique store. It now serves as a museum and is open to the public for tours and events. The Southern Paranormal & Anomaly Society (SPARS) officially labeled the house haunted in 2009. But employees and visitors considered it such long before. People have reported hearing mysterious footsteps and children talking and playing in empty rooms. They also recount finding furniture inexplicably moved and having the feeling that someone was tapping them on the head. So the next time you’re in Kernersville, NC, stop by and see if you find any signs of these playful spirits. 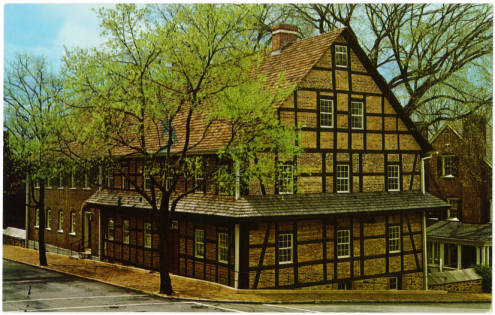 The Single Brothers’ House of Old Salem in Winston-Salem, NC, is about 20 minutes west of Kernersville. Originally the home for Salem’s unmarried men’s choir, the Single Brothers’ House is rumored to have served as home to the Little Red Man. The story goes that the Little Red Man is the ghost of Andreas Kremser, a cobbler who was killed by the collapse of a bank of dirt while helping build the basement for expansion of the house in 1786. After Kremser’s death, people reported hearing sounds of a cobbler’s hammer in the basement. Some even claimed to have seen Kremser, wearing red as he did on the day of his death. After a sighting by a prominent visitor, a minister was brought in and called for the Little Red Man to leave. Some say Kremser’s ghost has not been seen since then. But, you can always visit Old Salem and determine for yourself if he might still be around. 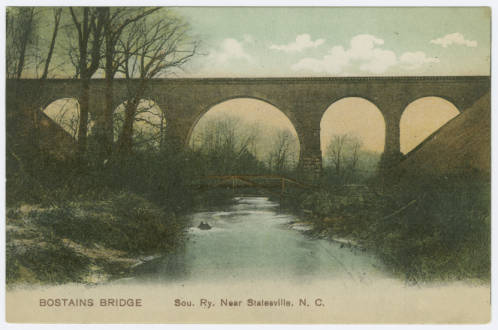 Early on August 27th, 1891, a train heading west for Asheville, NC, derailed as it crossed Bostain’s Bridge in Statesville. The train plummeted to the river bed below, killing 22 passengers and injuring many more. Sightings of a ghost train at Bostain’s Bridge surfaced sometime thereafter. The most well-known sighting took placed on Aug. 27, 1941, the 50th anniversary of the accident. A woman waiting for her husband to return with help after their car blew a tire, heard a train whistle. She then watched as the train started across the bridge, flew off the tracks, and plunged to the ground. She heard the passengers’ screams and ran toward the bridge to inspect the wreckage. The woman related the happenings to her husband when he returned. When they looked over the bridge, the wreckage was gone. Others tell of seeing the train and meeting a man with a gold watch. The man asks for the time and then vanishes along with the train. The man is supposedly the ghost of a railroad employee who died in the train crash. He received the watch as an early retirement present.