Today’s spectral travels take us to the Triangle area where some residents never want to leave. 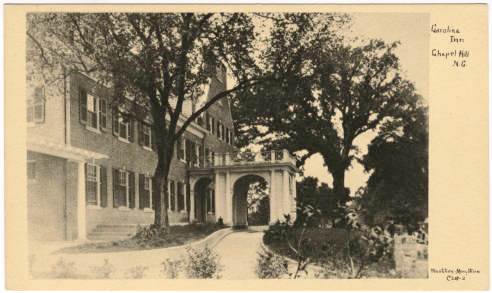 The Carolina Inn on UNC Chapel Hill’s campus was built by alumnus John Sprunt Hill. This historic inn has served Chapel Hill guests since 1924, including some guests who supposedly never checked out. Among the inn’s most popular ghosts is Dr. William Jacocks, previously a physician with the International Health Division of the Rockefeller Foundation. Dr. Jacocks lived in room 256 (room 252 in his time) from 1948 until his death in 1965. But, visitors staying in the doctor’s old room believe that his spirit lingers. Known as a gentle joker in life, Dr. Jacocks seems to have carried his love of pranks into the afterlife. The doctor’s ghost sometimes locks guests from room 256 or moves furniture and personal belongings. People say they have seen him in the hallway trying each of the doors as he moves down the corridor. When visitors speak with him, he vanishes. Dr. Jacock’s is just one of many spirits reportedly haunting the Carolina Inn. Like the doctor, most of them are said to be friendly. 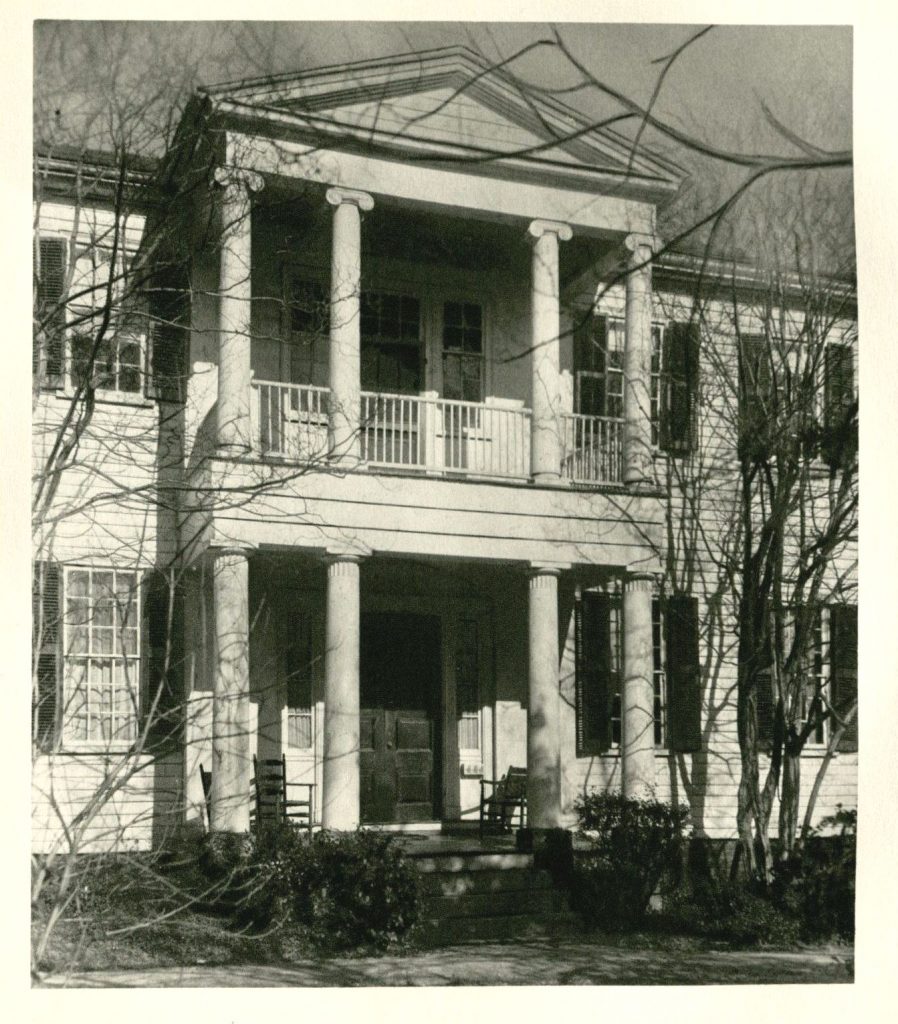 The Mordecai House of Raleigh, NC, was originally built by Joel Lane for his son Henry in 1785. The house is named for Moses Mordecai, who married Joel Lane’s granddaughter, Margaret, in 1817. The home was once the hub of the largest plantation in Wake County. Today, the house is renovated as a museum in Mordecai Historic Park and is open to the public for tours. Tour guides and guests say that family photos fly from the walls when the Mordecai’s name is mentioned. They also report encounters with the ghost of Mary Willis Mordecai Turk, a descendant of Moses Mordecai, who is sometimes seen playing the piano in the drawing room. 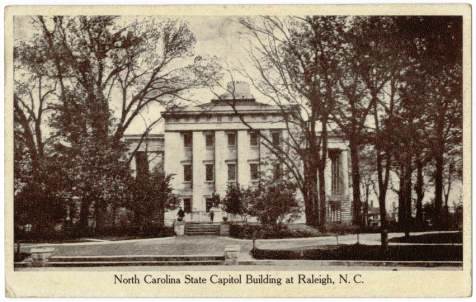 North Carolina’s State Capitol Building in Raleigh was built in 1840 and is one of the best preserved capitol buildings in the country. It served as the base for all of North Carolina’s state government until 1888. Today the Capitol houses the offices of the governor and the lieutenant governor. Building employees have reported hearing unexplained footsteps, sounds of locked doors slamming, and books falling to the ground. Some people claim to have actually seen ghostly figures. More than one person heard a piercing scream with no explanation, and several people felt a presence when they were alone in the building. The building is open for tours and other events, so visit and see for yourself if there are any paranormal happenings.