“But there is another aspect to the ‘one-party press,’ as Governor Stevenson has dubbed it, that cannot be passed over lightly. This is the tendency of some newspapers to give emphasis in their news columns in accordance with their editorial viewpoints.

“This newspaper has very stringent standards for reporting political campaigns, and every person who handles the news is under positive instructions to give the opposing parties and candidates an absolutely even break in the news columns….”

This editorial may have been targeting the rival Charlotte Observer, which endorsed Dwight Eisenhower over Stevenson. I found it reprinted on the backside of a flyer promoting a speech at the Armory Auditorium by Truman’s vice president, Alben Barkley.

A Charlotte News headline writer had played a small part in the 1948 presidential election, coining a catchy but unwelcome nickname for the States’ Rights Democrats.

“On 28 June 1969 the Mothers [of Invention] played the Coliseum in Charlotte, North Carolina, as part of the Charlotte Jazz Festival. .. [Frank] Zappa claimed that ‘before we went on, I saw Duke Ellington begging — pleading — for a ten-dollar advance. It was really depressing.’ After the show Zappa told the band: ‘That’s it, we’re breaking the band up.’ According to Zappa, if Duke Ellington had to beg some assistant for $10, what was he, Zappa, doing with a 10-piece band, trying to play rock ‘n’ roll? But there is something wrong with this story.

“In 1969 Duke Ellington was 70 and feted wherever he went….Ellington famously ate little but caviar and steak, and on a tour of India he had his filet mignon flow in from the States. It seems extremely unlikely that he was begging for $10, as Zappa claimed in ‘The Real Frank Zappa.’….”

Zappa apparently used the Ellington fabrication to justify his decision to disband the original Mothers, whose final performance would be less than two months later.

Did you know Ellington’s father was born in Lincolnton?

On this day in 1834: Just down the street from the Capitol, Rep. Robert Potter of Granville County loses $2,800 in a card game. Pulling a pistol and a knife, he pockets the pot and exits.

A week later, Potter will be expelled for reflecting discredit on the legislature.

Previously, however, his colleagues had been more tolerant of Potter’s misdeeds. He had been in jail for castrating two men — an aging minister and a 16-year-old — for carrying on with Potter’s wife while he was in Raleigh. Gov. David Swain issued a pardon so Potter could take office. Petitions were circulated to to prevent Potter from taking his seat, but the House contended it had no right to set standards of conduct — until he cheated at cards. 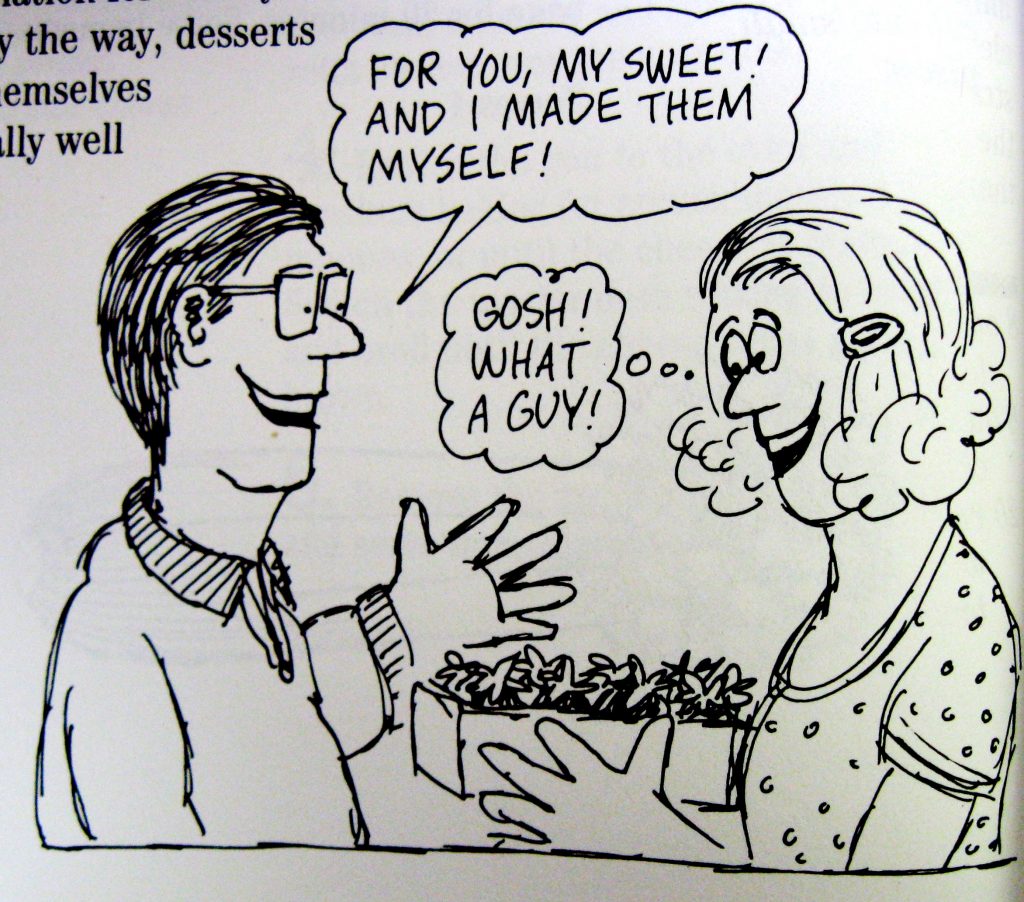 Image from On campus cookbook. 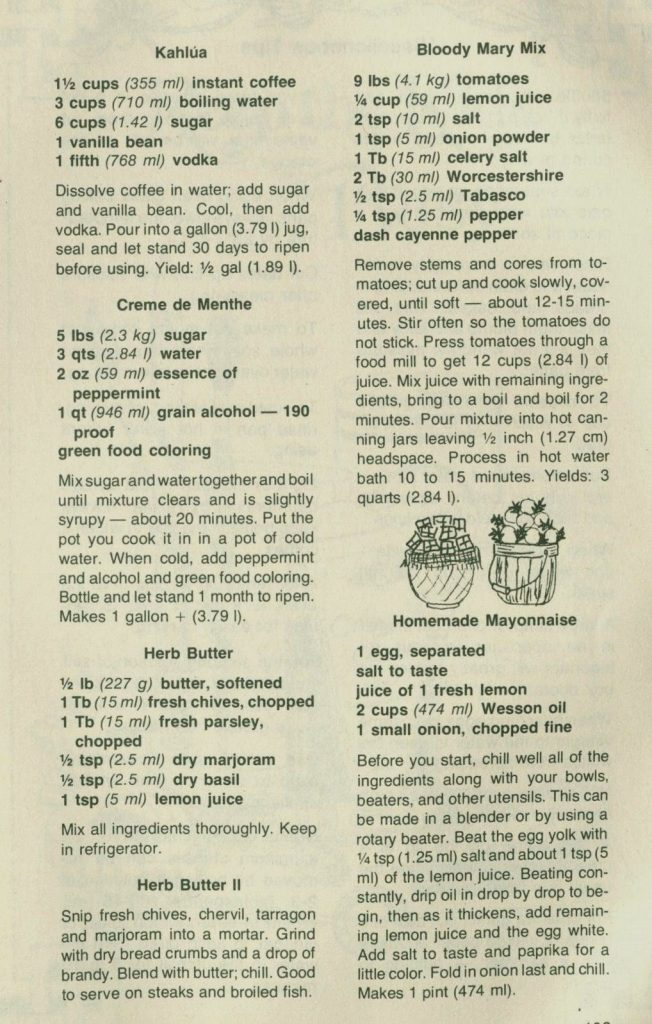 From Out of our league.

Dog Biscuits from A book of favorite recipes. 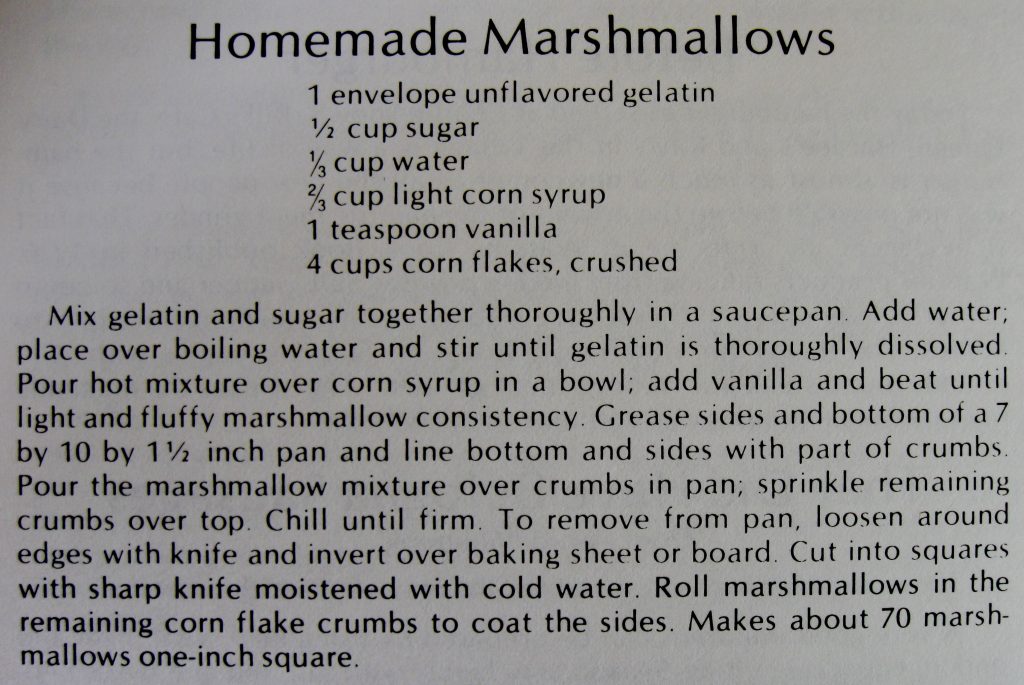 Thanks to Linton Weeks at NPR for these two North Carolina examples of the mostly forgotten tradition of Christmas pranks:

— “Early on Dec. 25, 1953, the town of Stony Point, N.C., was rocked by an explosion near the railroad tracks that woke local folks and shattered store windows. According to the Statesville, N.C., Daily Record three days later, ‘It is believed that for a Christmas prank, someone set off a charge of some explosive, probably dynamite, failing to realize the damage which could result.’ ”

— “In her 2013 book The Legacy of Bear Mountain: Stories of Old Mountain Values That Enrich Our Lives Today, Janie Mae Jones McKinley tells of a Christmas prank her grandfather — a railroad man — pulled on his two brothers-in-law in rural North Carolina [near Zirconia in Henderson County] during the Great Depression. It was customary for neighbors in the valley to shoot shotguns in the air on Christmas Day. People would take turns and the one who had the most ammunition was the winner — and by extension, the most prosperous. McKinley’s grandfather figured out a way — using a wooden board and a sledgehammer — to make a noise that sounded exactly like a shotgun blast. So he could outlast everyone. ‘After it b’come clear I’d won,’ McKinley’s grandfather would explain while laughing, ‘I kept smackin’ the board with the hammer ever few minutes for awhile — to show ’em I still had plenty of shells!’ ”

If you’re already fed up with the 2016 presidential campaign and aching for a new candidate to shake things up, our December Artifact of the Month is for you!

The artifact is a pinback button reading “Dizzy Gillespie for President.” Dizzy Gillespie, of course, being the jazz trumpeter who earned his place in the pantheon of masters in the 1940s and 50s. Gillespie was born in Cheraw, South Carolina, less than 15 miles from the North Carolina border. He spent two years in North Carolina studying at the Laurinburg Institute as a young man on a music scholarship, before his rise to fame and long before this button was made.

Now, if you’ve never thought of Gillespie as a politician you may be wondering why this button was made.

The practice of printing joke items reading “___________ for President” has long been a promotional tool for performers and other celebrities. That’s what the “Dizzy Gillespie for President” slogan was initially — just a funny tool for promotion. Gillespie’s booking agency, Associated Booking Corporation, created the buttons as merchandise for fans, probably in the late 1950s.

But several years later, with the fight for civil rights taking on increasing urgency and the 1963 March on Washington for Jobs and Freedom serving as inspiration, Gillespie decided he would, in fact, launch a presidential campaign. He had a political platform, a campaign manager, and a slate of jazz greats shortlisted for his cabinet.

Gillespie pitched his candidacy as a third choice in the 1964 presidential race between Lyndon B. Johnson and Barry Goldwater. And although he never got on the ballot in any state, his campaign did serve as a valid — if sometimes lighthearted — critique of the issues.

In his memoir, To Be, or not… to Bop, Gillespie writes, “Anybody coulda made a better President than the ones we had in those times, dillydallying about protecting blacks in the exercise of their civil and human rights and carrying on secret wars against people around the world.”

How would a Gillespie presidency have been different? He would have had NASA send at least one black astronaut to space. Transformed the White House into the Blues House. Revoked the citizenship of Alabama Governor George Wallace and deported him to Vietnam. Required the Senate Internal Security Committee to investigate “everything under white sheets” for un-American activities.

Gillespie acknowledged later that the campaign “had its humorous side,” but the media attention he received shed light on critical issues like segregation and employment discrimination. He writes:

There were pressures on me to withdraw from the race after the press began to show some interest, and they found out that I was a serious candidate. Barry Goldwater, the Republican nominee, an arch conservative, tried to split and draw away my support from the jazz community by naming Turk Murphy as his favorite musician. I replied, ‘All I can say is don’t blame Turk for that. I’m glad he didn’t pick me.’

The election took place on November 3, 1964. And — spoiler alert — Gillespie didn’t win. But his campaign was a media-savvy way to bring important ideas into the national conversation.

This pinback button is part of a recent donation of objects from donor and longtime friend of the NCC Lew Powell, along with a trove of other buttons, three-dimensional artifacts, and paper ephemera from North Carolina. We look forward to sharing more from the Lew Powell Memorabilia Collection in the new year!

“The signs [at Biltmore House] telling you the admission fee were practically invisible, but you could see from the ashen-faced look on people as they staggered away from the ticket windows that it must be a lot. Even so I was taken aback when my turn came and the unpleasant-looking woman at the ticket window told me that the admission fee was $17.50 for adults and $13 for children. ‘Seventeen dollars and fifty cents!‘ I croaked. ‘Does that include dinner and a floor show?’

“The woman was obviously used to dealing with hysteria and snide remarks. In a monotone she said, ‘The admission fee includes admission to the George Vanderbilt house, of which 50 of the 250 rooms are open tho the public. You should allow two to three hours for the self-guided tour. It also includes admission to the extensive gardens for which you should allow 30 minutes to one hour. It also includes admission and guided tour of the winery with audiovisual presentation and complimentary wine tasting. A guide to the house and grounds, available for a separate charge, is recommended. Afterwards you may wish to spend further large sums of money in the Deerpark Restaurant or, if you are a relatively cheap person, in the Stable Cafe, as well as avail yourself of the opportunity to buy expensive gifts and remembrances in he Carriage House Gift Shop.’

“But by this time I was already on the highway again, heading for the Great Smoky Mountains, which, thank God, are free…”

— From “The Lost Continent: Travels in Small-Town America” by Bill Bryson (1989)

In the quarter century since Bryson’s visit, cost of admission to Biltmore House has risen to $60 (no charge for children accompanied by adults). 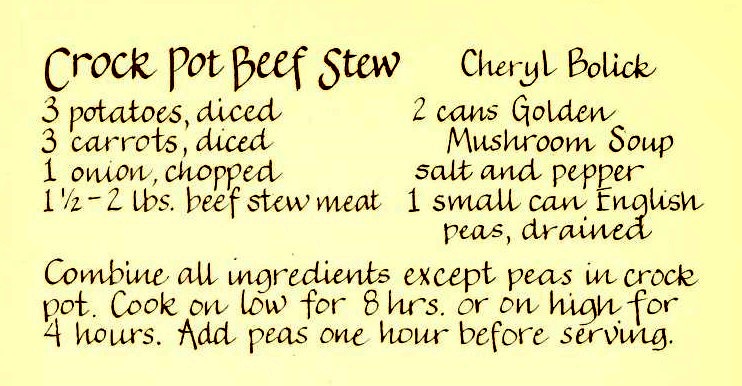 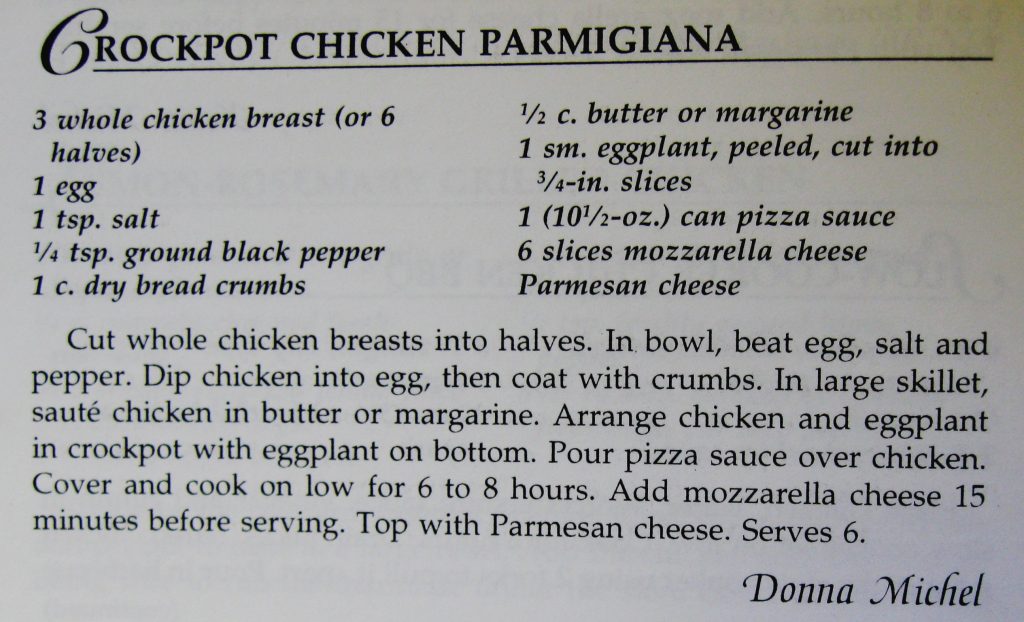 Crockpot Chicken Parmigiana from Cooking on the cutting edge. 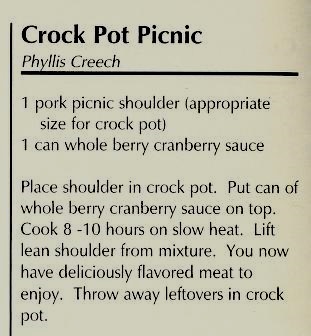 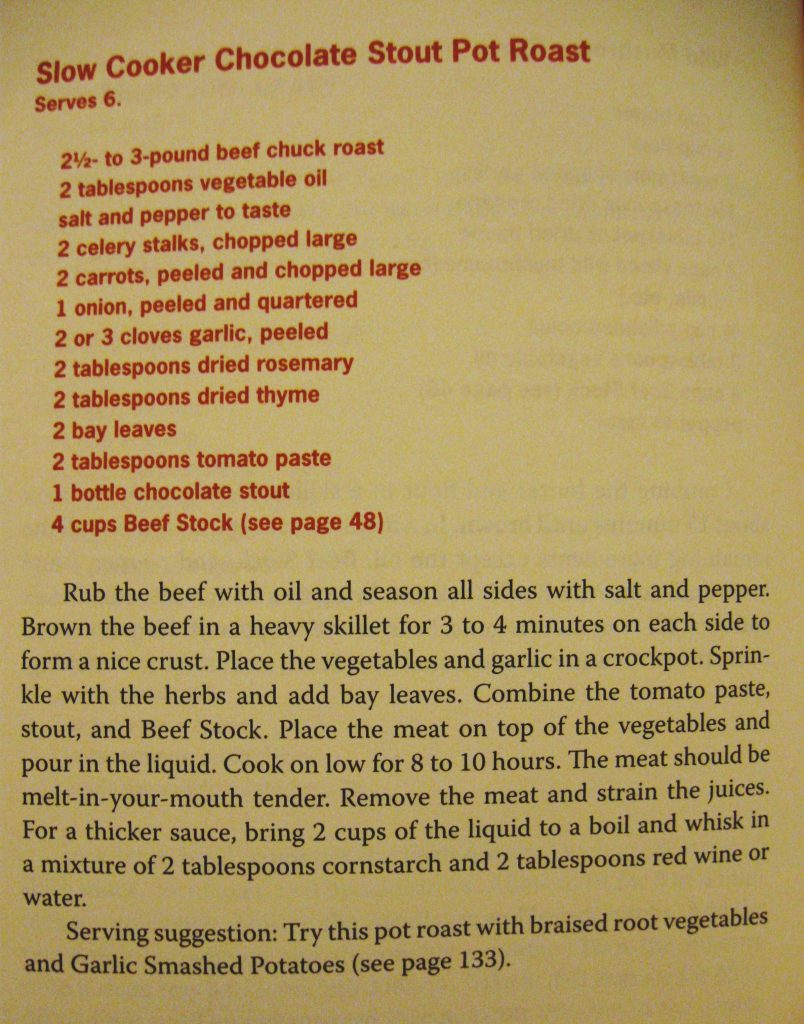 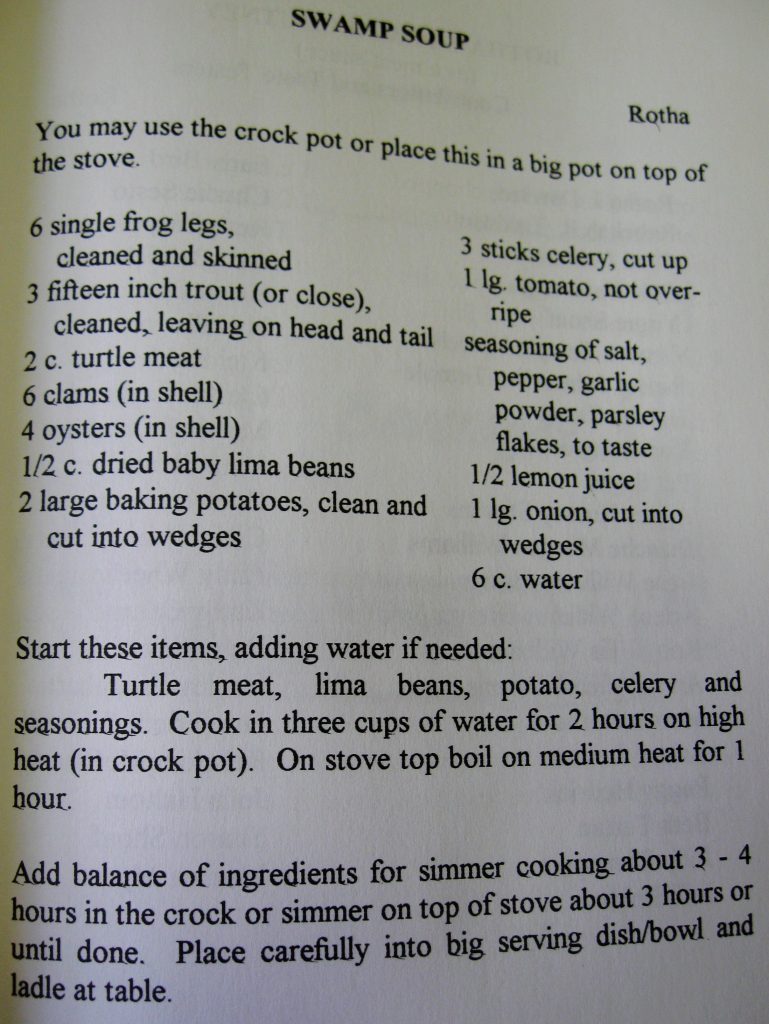 “The recent visit of Mickey Rooney to Fort Bragg, North Carolina, where I am stationed, is an event I shall always remember, even though he left my morale just where he found it. Young Mr. Rooney dropped in more or less under the auspices of the U.S.O. His arrival was breathlessly awaited and, though my buddies and I were naturally not permitted to leave our duties to greet him at the railroad station in the adjacent town of Fayetteville, we heard later that enough affectionate townsfolk had tried to pull his clothes off to make the reception a success.

“After that orthodox beginning, his visit became rather strange, for a movie star. His manager, a ubiquitous gentleman who seemed to be under the impression he was escorting the Holy Grail, somehow persuaded the camp authorities that his lively cargo’s cruise around the post should not be chronicled by the local press. At this the press became highly indignant. One correspondent, denied the privilege of speaking directly with the great man, reported uncharitably that Rooney’s face, off the screen, was as green as his suit….”

According to the recent “The Life and Times of Mickey Rooney” by Richard A. Lertzman and William J. Birnes, Rooney put on a much more winning performance in a sidetrip to meet the mother of Ava Gardner, to whom he was secretly married.

Back in August we sent out a call to alumni seeking clothing from their student days. The items will be used in an exhibition about student fashion at UNC in the twentieth century.

We’ve been thrilled by the generous response to our request: Alumni have come forward with a mountain of fantastic items to loan and donate. As we make final decisions about what we have space for in the exhibit, we’re looking for a handful of specific items to fill in a few gaps.

Do you have any of these in your attic or closet?

If you have any of these articles and would be willing to lend or donate them for the exhibit, please get in touch by calling the North Carolina Collection Gallery at 919-962-0104 or by emailing jack@email.unc.edu.

* All photos from UNC’s yearbook, The Yackety Yack, except Rainbow Sandals photo by JVO27.