A few helpful hints and remedies to get you through the cold and flew season. 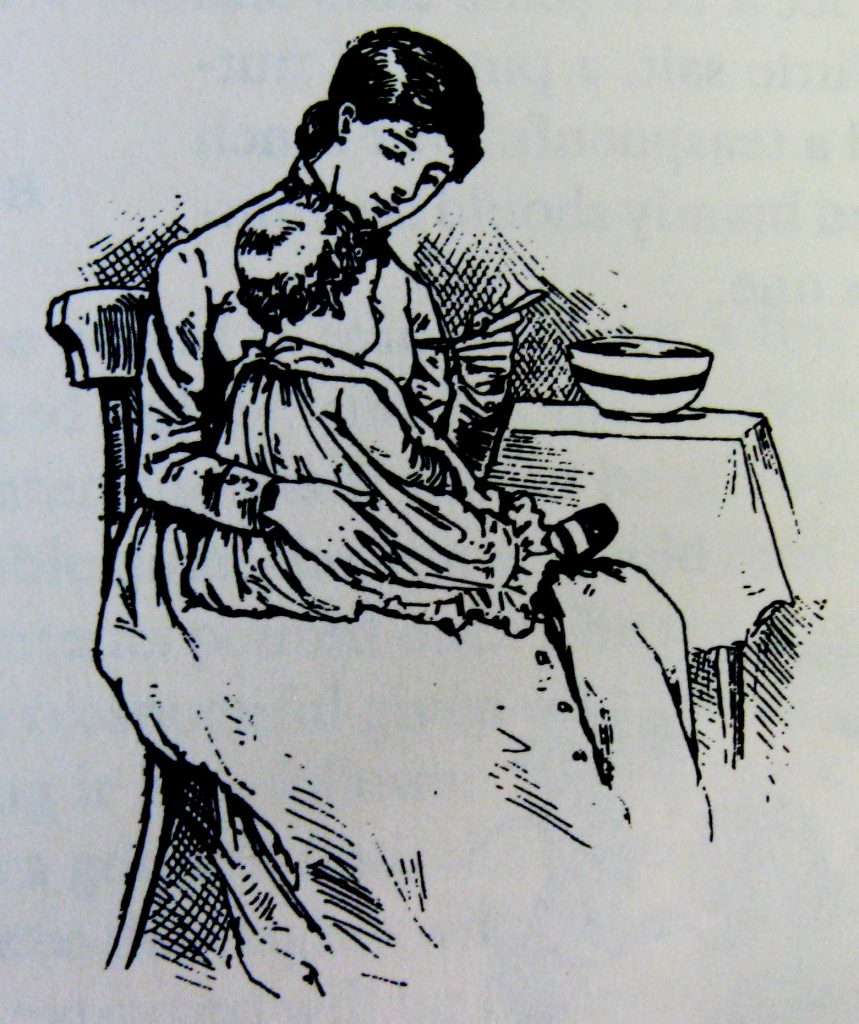 Image from Keepers of the hearth : based on records, ledgers and shared recipes of the families connected with Mill Prong House, Edinborough Road, Hoke County, North Carolina.

A Refreshing Drink in a Fever from Keepers of the hearth : based on records, ledgers and shared recipes of the families connected with Mill Prong House, Edinborough Road, Hoke County, North Carolina.

Food for the Sick from The Henderson cook book. 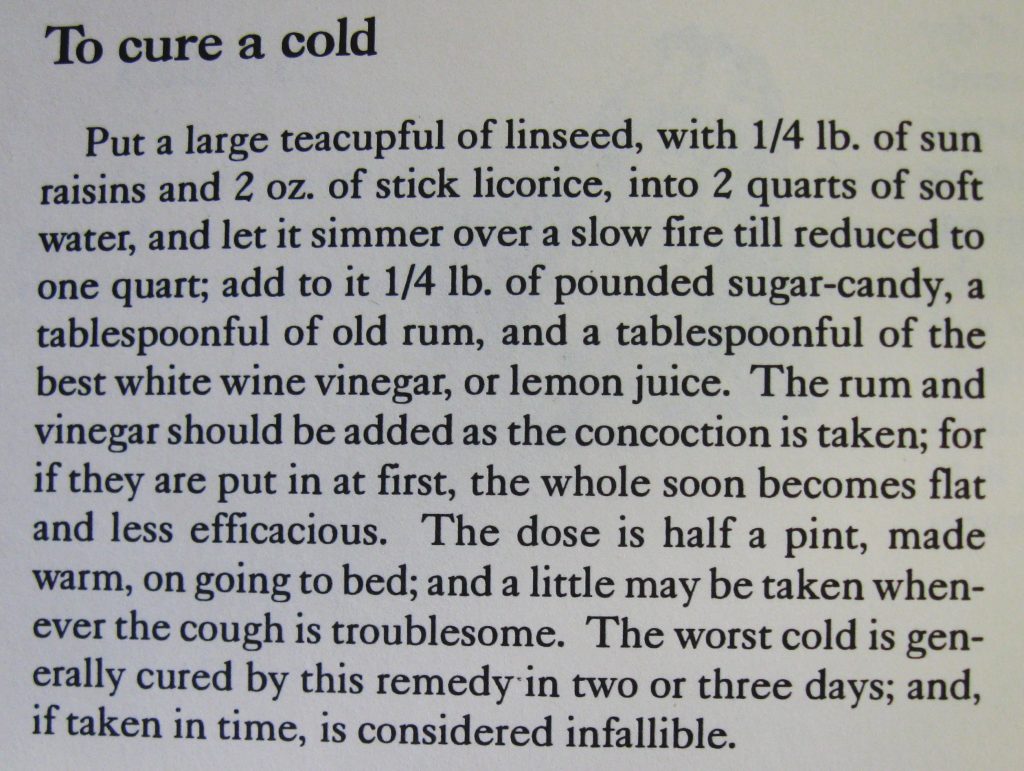 To Cure a Cold from Keepers of the hearth : based on records, ledgers and shared recipes of the families connected with Mill Prong House, Edinborough Road, Hoke County, North Carolina.

Cure for a bad Cold or Cough from The young housewife’s counsellor and friend : containing directions in every department of housekeeping; including the duties of wife and mother.

“In 1875, R.J. Reynolds founded his tobacco company in Winston-Salem, North Carolina, and in 1905, at age 55, he married 25-year-old Mary Katharine Smith in her nearby hometown of Mount Airy….

“Her navy dress was a departure from the normative practices of the class into which she was marrying.

“But a white wedding dress would not have been a practical choice…. Immediately after the ceremony, the Reynoldses took a train to Greensboro and then boarded another train to New York City, where the Baltic awaited them, an ocean liner owned by the White Star Line that would late commission the Titanic. They landed in Liverpool, traveled to London, and began a tour of Europe’s great cities….

“Her navy dress was also a sign she could afford more than a white gown: She could afford Europe in the form of the ‘Grand Tour,’ a required undertaking from the nineteenth century for wealthy Americans…. It was a kind of ‘finishing.’

“Navy blue signified not her pristine and protected removal from the world, as white would have, but her status as a traveler. It stood for a geographic mobility that mirrored her social mobility…. The Grand Tour was a sign of the elite position she would claim on their return.”