“WALNUT COVE, N.C., Dec. 25 — Becoming suddenly insane, a Stokes County farmer today slew his wife and six children, and after laying them out for burial went into a patch of woods and killed himself with a shotgun. The body of C. D. Lawson, the 43 years old father and husband, was found about a half mile from his home….”

This 2008 story in the Winston-Salem Journal offers many details — including the crime-scene tours (at 25 cents a head) arranged by Lawson’s relatives.

The murders also have been recalled with a book,  a ballad and a documentary.

Lawson’s motive remains unknown, but one author blames an agricultural depression for making the 1920s “clearly the decade of the familicide.”

“The tourist on horseback, in search of exercise and recreation, is not probably expected to take stock of moral conditions. But this Mitchell County [North Carolina], although it was a Union county during the war and is Republican in politics (the Southern reader will perhaps prefer another adverb to ‘although’), has had the worst possible reputation.

“The mountains were hiding-places of illicit distilleries; the woods were full of grog-shanties, where the inflaming fluid was sold as ‘native brandy,’ quarrels and neighborhood difficulties were frequent, and the knife and pistol were used on the slightest provocation. Fights arose about boundaries and the title to mica mines, and with the revenue officers; and force was the arbiter of all disputes. Within the year four murders were committed in the sparsely settled county. Travel on any of the roads was unsafe.

“The unrestrained license of whisky and assault and murder had produced a reaction a few months previous to our visit. The people had risen up in their indignation and broken up the groggeries. So far as we observed temperance prevailed, backed by public-opinion. In our whole ride through the mountain region we saw only one or two places where liquor was sold….”

Today is National Astronaut Day.  Why not try a new recipe that’s out of this world! 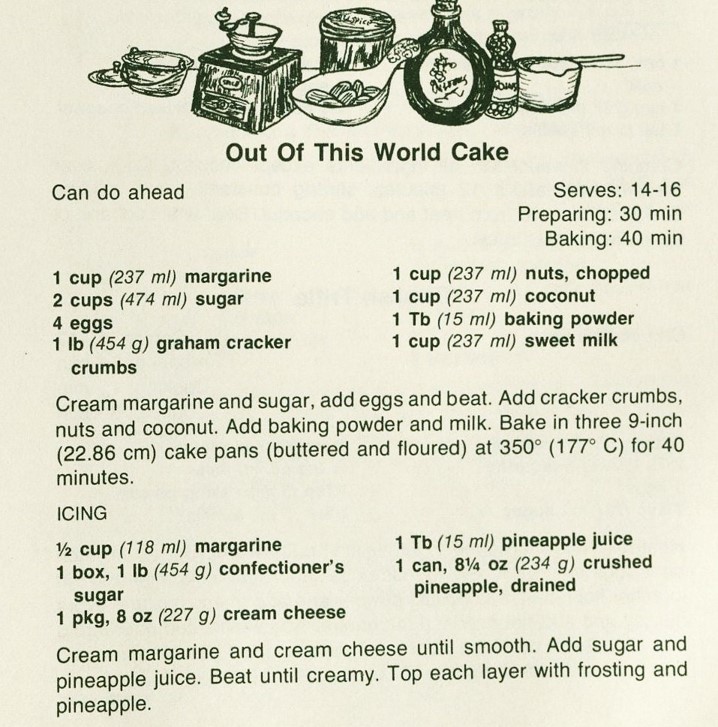 Out of This World Cake from Out of our league. 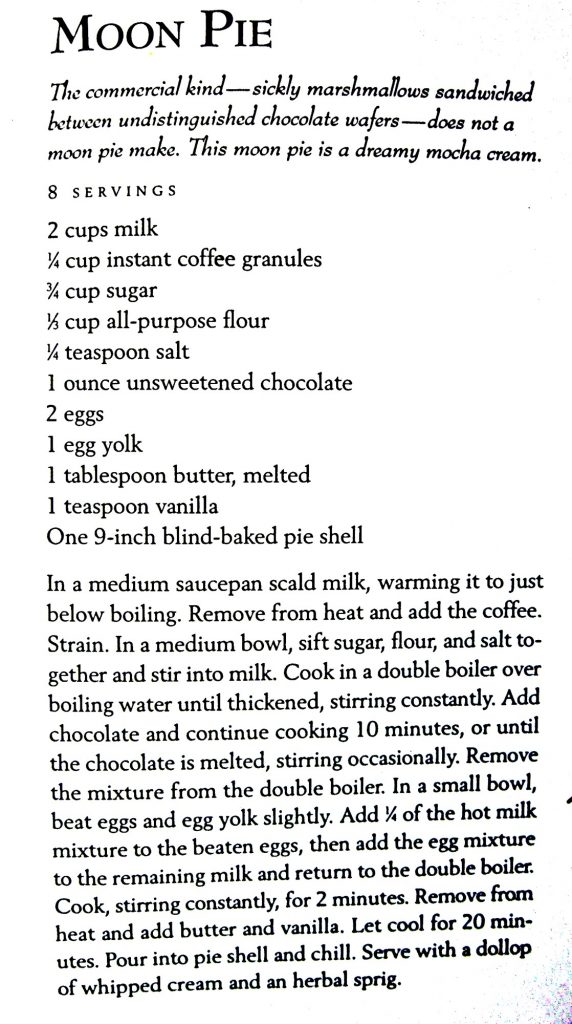 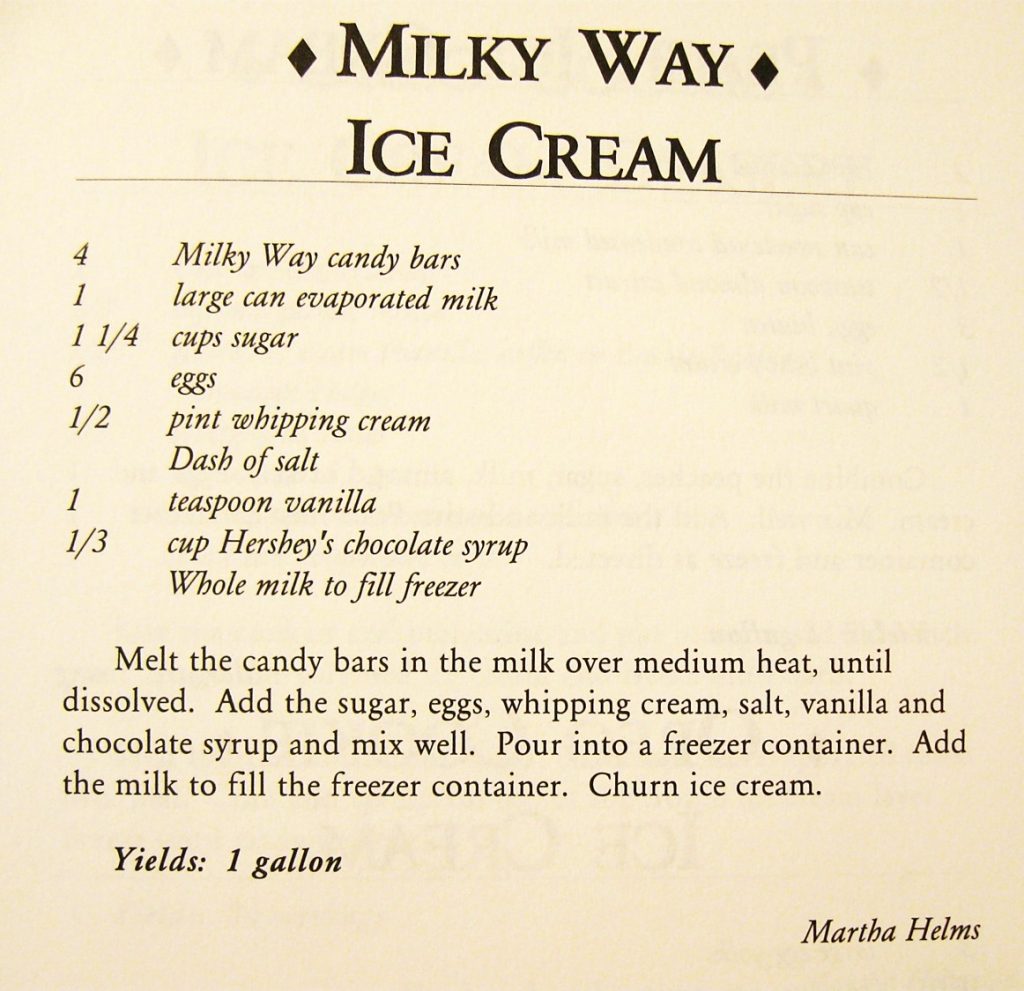 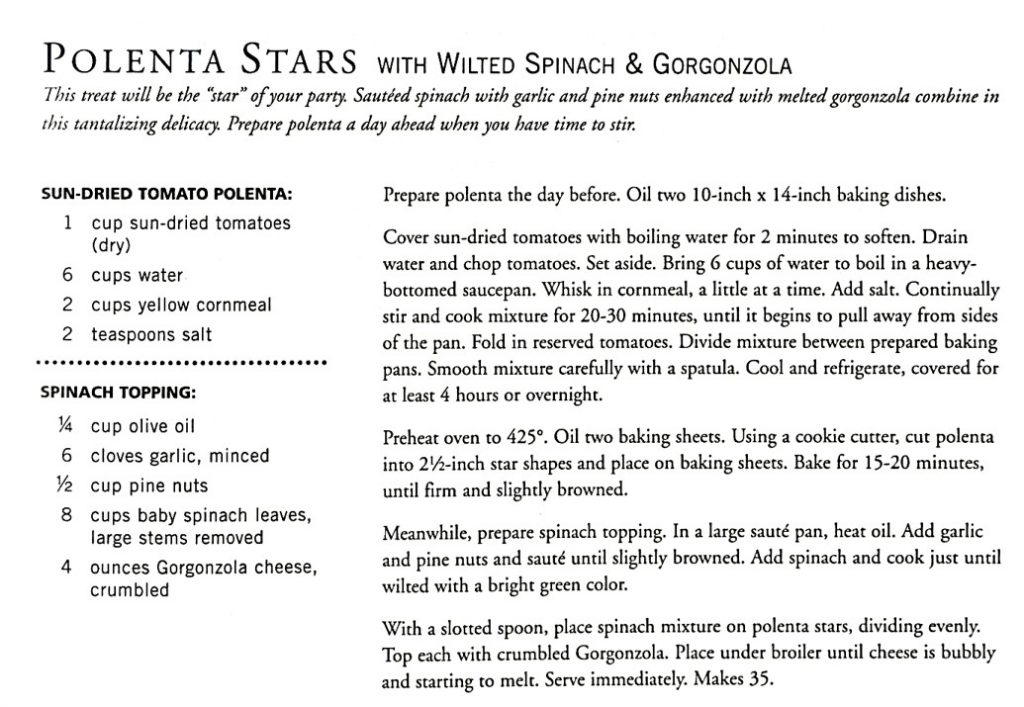 Polenta Stars with Wilted Spinach and Gorgonzola from An appetite for art : recipes and art from the North Carolina Museum of Art. 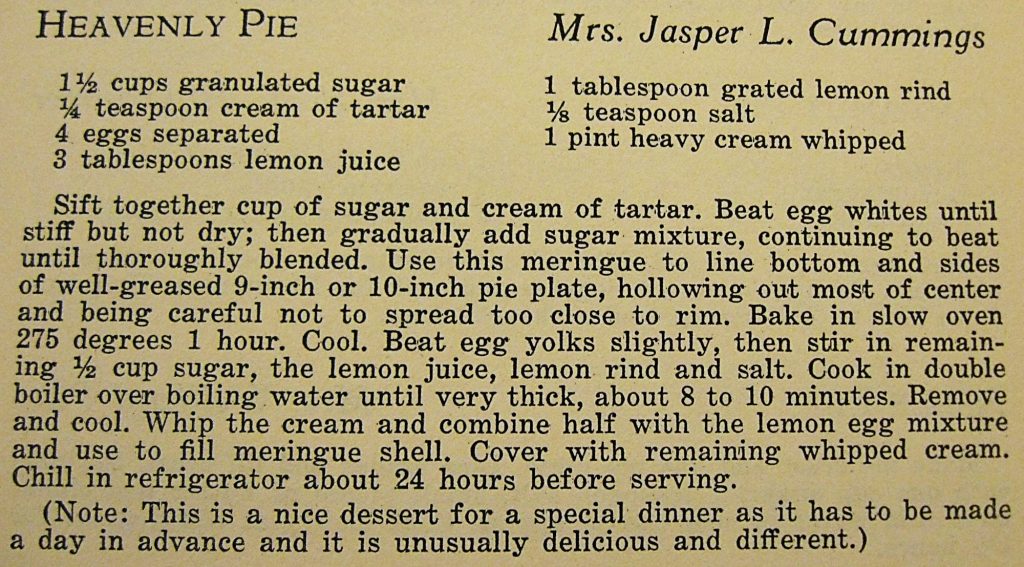 Moon Balls from Pass the plate : the collection from Christ Church.

Second of two parts  (Part one)

Went to college in North Carolina and graduated despite having flunked his English placement test because he was imitating Faulkner: Walker Percy

Had three hits for Yale in a college baseball game in North Carolina: George H.W. Bush

Had to return his Olympic gold medals because he had played semipro baseball in North Carolina: Jim Thorpe

Wrote books set in North Carolina despite never having been here: Jules Verne

Wrote a book set on the Mississippi River despite never having been there because she had done her research in North Carolina instead: Edna Ferber

Got drunk in North Carolina and gave a memorable reading at Duke: Dylan Thomas

Got drunk in North Carolina and lost — forever — page 12 from his “Light in August” manuscript: William Faulkner

Cut “Papa’s Got a Brand New Bag” (in one take!) in North Carolina: James Brown

Shot out a TV set in North Carolina: Elvis

Visited North Carolina in a carriage and got stuck in the mud: Marquis de Lafayette

Visited North Carolina on a Greyhound bus and went to jail: Joe Perkins

Visited North Carolina and found it, to his surprise, “a peacefully homogenous community where money is never mentioned, where no racial tension exists either on or under the surface; & where instead of colliding with indoctrinated automata, one meets courteous individuals! For the first time I realize what ‘America’ might have been.”:  e. e. cummings

“ ‘Presumptive nominee’ was used as early as 1908 by Charlotte Observer to describe William Howard Taft.”

— From a tweet by presidential historian Michael Beschloss (April 26)

Just a list cobbled together in a previous century and recently happened onto….

Born in North Carolina, though not usually associated with it: Howard Cosell, Soupy Sales and Elwood Edwards

Not born in North Carolina, though usually associated with it: Michael Jordan, James Taylor and John Shelton Reed

Died in North Carolina after being attacked by a turkey while nodding off on his front porch: Samuel Spencer

Took sick in North Carolina and did die: Jim Henson

Buried in North Carolina in the same cemetery in Asheville: Thomas Wolfe and O. Henry

Buried in North Carolina in the same cemetery in Shelby: W. J. Cash and Thomas Dixon

Buried in North Carolina but moved to Virginia after her monument was vandalized: Robert E. Lee’s daughter Annie Carter Lee