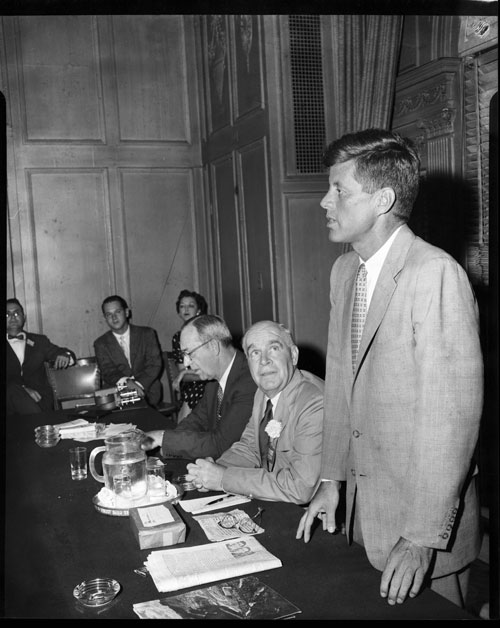 We’re a day late in marking the 100th anniversary of John F. Kennedy’s birth. But, on the principle of better late than never (that’s always been my view on gift giving and receipt), North Carolina Miscellany and its sister blog A View to Hugh share with you images of the 35th President.

Many of the North Carolina Collection’s images of Kennedy are found in the Hugh Morton Collection. Morton, less than four years younger than JFK, photographed Kennedy on several occasions. The photo above features Kennedy, at the time a U.S. Senator from Massachusetts, addressing the North Carolina Caucus at the 1956 Democratic National Convention.

In 1961, as President, Kennedy visited Chapel Hill and spoke at UNC’s University Day celebration in Kenan Stadium. Morton was among the photographers who snapped photographs that day. 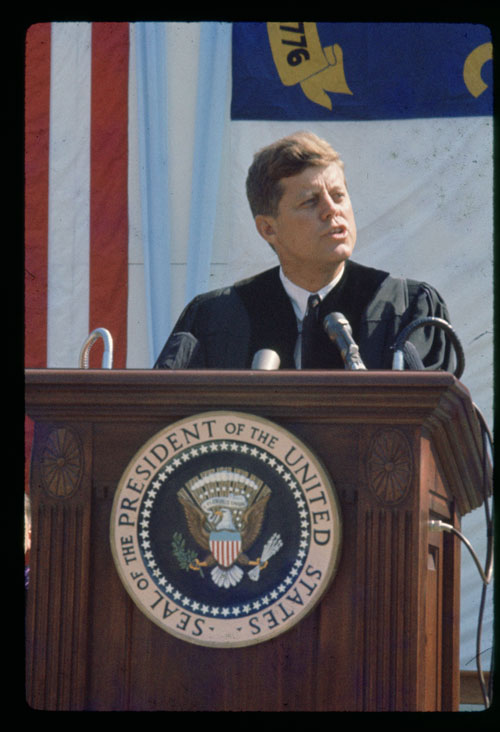 The North Carolina Collection’s photographic archivist, Stephen Fletcher, has shared the stories behind some of Morton’s photographs of Kennedy on A View to Hugh. 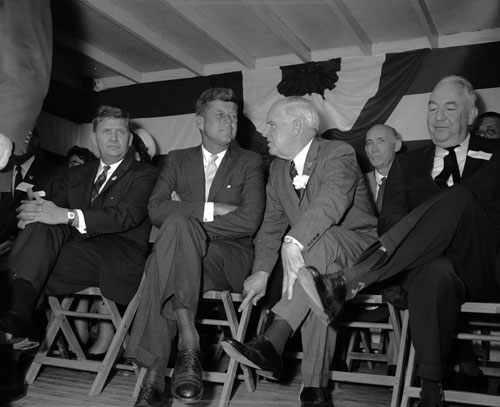 Photographs of Kennedy and his 1960 Presidential campaign opponent Richard Nixon helped the Charlotte Observer‘s Don Sturkey win recognition as National Newspaper Photographer of the Year in 1961. In the photo below Kennedy is joined by U.S. Congressman Herbert C. Bonner and Sanford on a campaign stop at East Carolina University in Greenville.

Word has it that our collections may include images of Kennedy captured by different photographers at the same event. One photographer may have even included another photographer in his shot. That’s for you to verify. Happy hunting!

“We played the Love Valley Festival up in North Carolina, and I’m not sure we ever got paid. Love Valley was the idea of this old man named Andy Barker….

“The local sheriff tried to put my brother in jail, because Duane got a ticket for speeding on his way in there…. Barker told him, ‘As soon as you’re done playing, boy, you have to go into that jail.’ …

“We just started playing. We were playing good too…. and somebody threw mud up on my brother’s guitar. Big mistake, because that was it. He finished the set, walked off the stage, got in his car, and left.”

Scholars of rock star autobiographies won’t be surprised to learn that this one contains at least 171 f-bombs (according to Amazon) and that the above passage is heavily expurgated.

Allman also notes that his mother, Geraldine (“Gerry”) was from Rocky Mount and that she was working in Raleigh during World War II when she met his father, who on was home on leave from the Army.

On this day in 1917: Black business leaders C.C. Spaulding and Dr. Aaron McDuffie Moore tell the Durham Chamber of Commerce that 1,500 to 2,000 blacks have left the city in the previous 90 days.

The exodus of black Southerners to the North, begun during Reconstruction, has accelerated since 1900, when white supremacists resumed legal and political dominance. 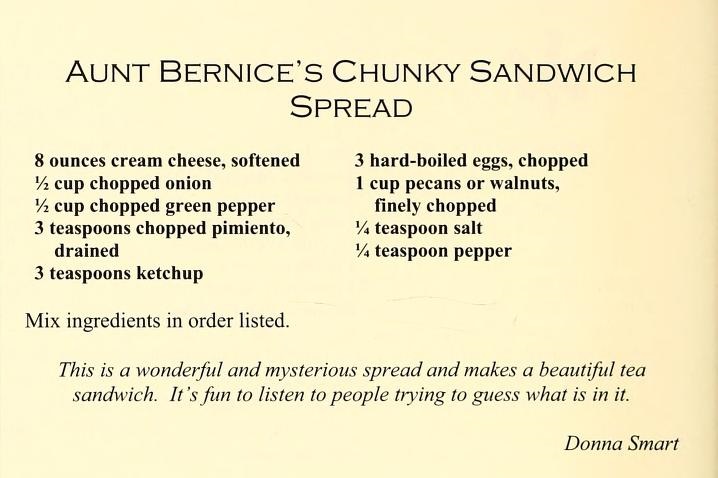 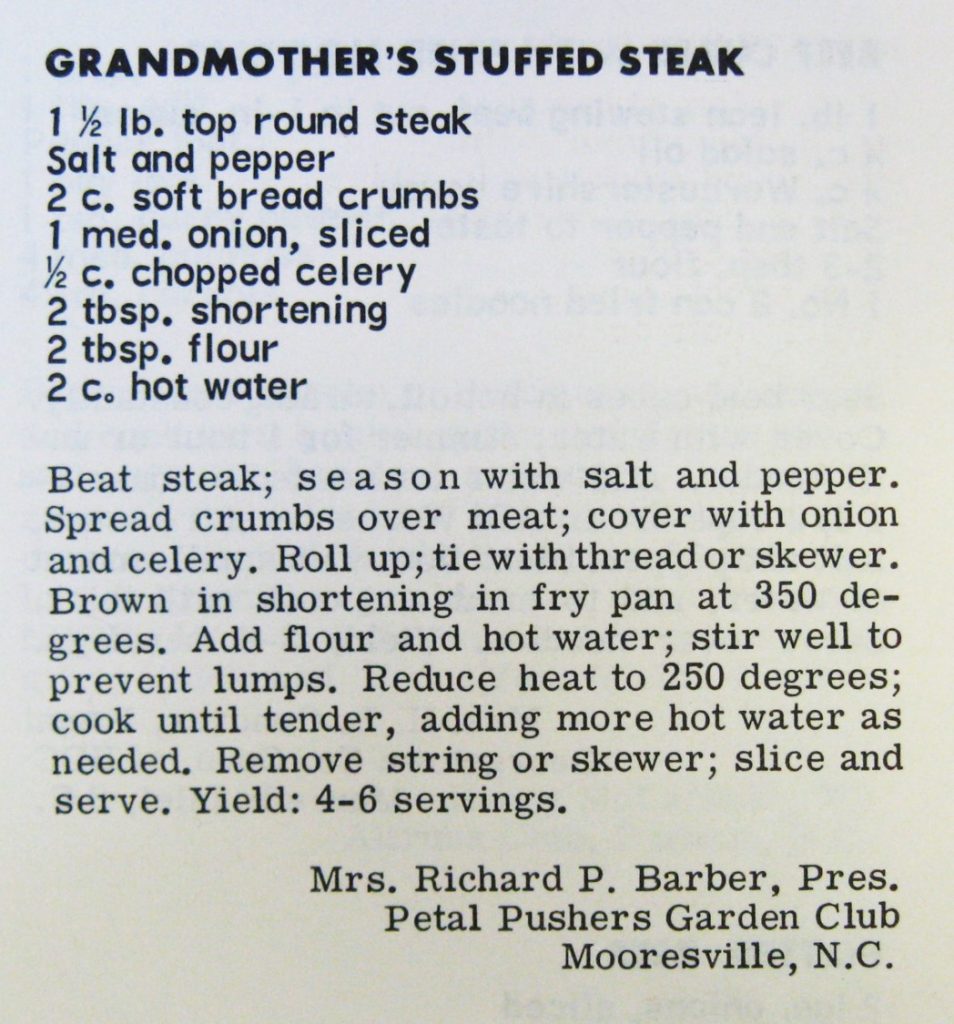 Grandmother’s Stuffed Steak from Favorite recipes of the Carolinas : meats edition, including poultry and seafood. 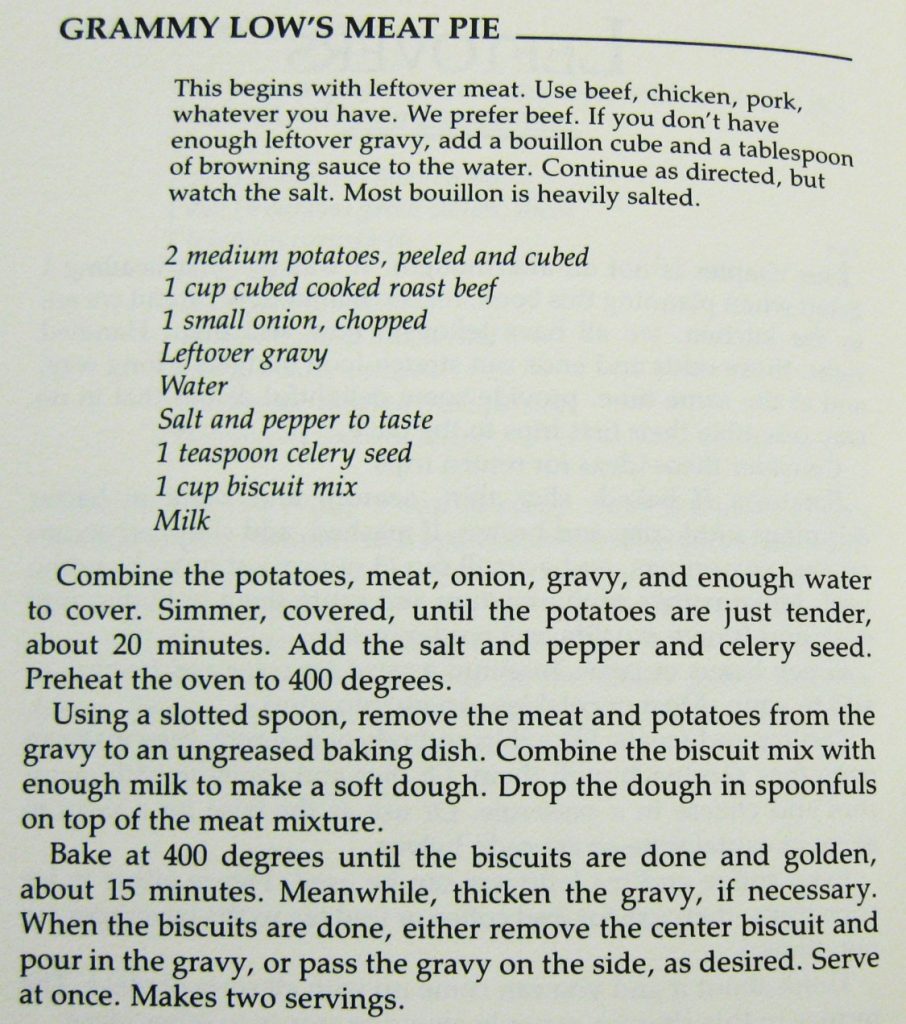 Grammy Low’s Meat Pie from Love yourself cookbook : easy recipes for one or two.

“Why the recurring preoccupation with [Black Mountain College], a short-lived, unaccredited school at the back of beyond, which never had enough students to pay its way? It could be the school’s believe-it-or-not story and how, the more you learn about it, the more unlikely it seems….

“Between Black Mountain and most of today’s universities (and art schools), there lies an unbridgeable gap between teachers willing and able to make a full commitment to students who would do the same, and institutions staffed by poorly paid adjuncts who’d be mad to invest any more care in their fleeting charges than Uber drivers do in their next fare. It’s the gap between a society of members who take responsibility for the whole, and bloated administrations and boards that imagine schools can be run like corporations. It’s the gap between the desire to live and work together as a community day and night, and the fantasy that massive open online courses will allow fewer teachers to impart information to ever more numerous and ever more atomized recipients. It’s the gap between a desire for equality, on the one hand, and the bottom line of profit-making corporations, on the other….”

— From “The Weirdness and Joy of Black Mountain College” by Barry Schwabsky in the Nation (Feb. 24, 2016) 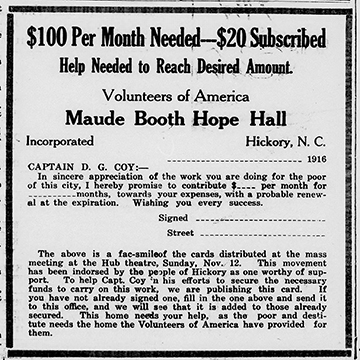 “[When “The Flintstones” first aired in the early ’60s] Winston was the main sponsor. Episodes ended with Fred and his pal Barney looking for a way to unwind after a long day and settling on sharing a smoke. Fred and Wilma then do the same. (You can watch the ad here.) The ad closed with Fred speaking Winston’s then-famous catchphrase: ‘Winston tastes good like a cigarette should.’

“And that’s where the controversy came in. No, not cartoon characters hawking cigs — while there were some who objected, the cartoon at the time was seen mostly as geared for grown-ups. And regardless, those complaints were dwarfed by the larger outcries: people complaining about Winston’s grammar….”

“In apt summary of his remarkable way of war,  [Nathanael]  Greene wrote, ‘There are few generals that have run oftener, or more lustily than I have done… But I have taken care not to run too far, and commonly have run as fast forward as backward, to convince our enemy that we were like a crab, that could run either way’….”

“In many ways Greene’s strategy and mindset anticipates that of another great self-taught soldier: Vietnam’s Vo Nguyen Giap. Like Greene, Giap had unshakable belief in the cause for which he fought, and was able to transmit that faith to his officers and men. And like Greene, Giap integrated the activities of local militia, guerrilla bands, and conventional army forces to wear down adversaries with greater military skill and strength than his own forces possessed. Giap, too, suffered many setbacks.

“But by the time the U.S. Army squared off against Giap in 1965, it had all but forgotten Greene’s extraordinary achievement in the South — and thus was largely tone deaf to the perils and possibilities of unconventional war.”

— From “Nathanael Greene: The Revolution’s Unconventional Mastermind” by James A. Warren at the Daily Beast (Nov. 27)

“The overwhelming victory [at Moores Creek in 1776]  provided an unmatched opportunity for North Carolina patriots to display their patriotism to the rest of the country….John Penn, who had recently left Congress to return home to North Carolina, updated his former colleague John Adams….North Carolinians, Penn concluded in his letter to Adams, ‘are quite spirited and unanimous; indeed, I hear nothing praised but Common Sense and Independence. [They] say they are determined to die hard.’ ”

— From “The Common Cause: Creating Race and Nation in the American Revolution”  by Robert G. Parkinson (2016)

Despite Penn’s usage, the term “die hard” didn’t enter the idiom until 1811.