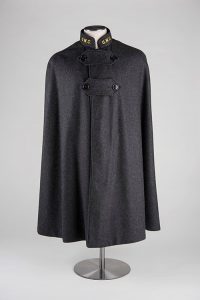 2 thoughts on “Artifact of the Month: Nurse Cape”