1. During the Depression the Raleigh Community Chest gave destitute families a food allowance of how much per day — a nickel, a quarter or a dollar?

2. What governor and U.S. senator characterized North Carolina as a state “given to sober second-thought”?

3. True or false: Sir Walter Raleigh never spelled his name as the city is spelled today.

4. What novel inspired these rejections from publishers: “Marred by stylistic cliches, outlandish adjectives and similes”… “We had four books of this type last year, and each one failed” … “Terrible.”

3. True. Explains author Bill Bryson in “Made in America”: “One of the more striking features of life in the early colonial period is how casual people were with the spelling of their names. Sir Walter Raleigh, for instance, changed the spelling of his surname as one might change a shirt, sometimes styling himself Rawleyghe, sometimes Rawley, sometimes Ralegh. His friends and associates were even less specific, addressing him Ralo, Ralle, Raulie, Rawlegh, Rawlighe, Rawlye, and some 65 other…variants. The one spelling he apparently never used is … Raleigh.”

5. Stonewall Jackson, whose biggest hit came in 1959: “Waterloo.” (Stonewall is his real name.) 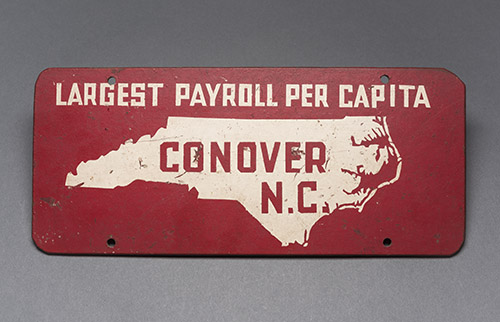 1. In 1943, Charlotte’s VFW and American Legion posts each held street dances, attended by thousands, to benefit what cause?

2. According to legend, the waters off the Outer Banks were first referred to as the “Graveyard of the Atlantic” by what future political figure?

3. True or false: Wild boars are native to North Carolina.

4. In 1940 what publication proposed that Communist Party members in North Carolina be put into “concentration camps” as “foreign agents”?

1. Sending cigarettes to U.S. troops. On the back of each pack: “The Citizens of Charlotte, N.C., Send Christmas Smokes for our Overseas Fighting Folks.” Each dance raised enough money to send more than 900,000 cigarettes.

2. Alexander Hamilton, who as a teenager had survived a harrowing passage along the East Coast — but there’s no record he coined “Graveyard of the Atlantic.”

3. False. In 1912, 14 European sows and boars were imported for a game preserve in Graham County. Escapees from the poorly secured lot wasted little time breeding and making themselves at home in the mountain terrain. In 1979 the legislature declared the boar a game animal.

5. The Ku Klux Klan. Membership in the “Carolina Klan” at that point was estimated at 12,000 — more than all other Southern states combined.

“Reconstruction refers to not only the formal time period recognized by historians as between 1865 to 1877, but to the years after that. Healy said people were still feeling the [effects] of the war after that period.

“ ‘North Carolina was defined by the Civil War, but you have to keep in mind that there were relatively few battles fought here, so that’s why our center is searching for stories of how families dealt with the hardships that came as a result of the Civil War,’ Healy said.” 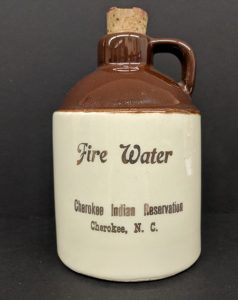 Moonshine mini-jugs were once found in souvenir shops coast to coast, but nowhere as commonly as in — how did you guess! — North Carolina.

This jug from the Cherokee Reservation seems less comical than poignant, given Native Americans’ long struggle with alcoholism and addiction.