Last week the nation reflected on the work and legacy of Martin Luther King, Jr., as we marked the 50th anniversary of his assassination on 4 April 1968 in Memphis, Tenn. Included in these remembrances were the events and marches held across the country as the nation grieved together in gatherings both large and small.  On 5 April 1968, residents of Durham, N.C., marched peacefully through the city’s downtown district. The march was sponsored by several organizations to honor the memory of Dr. King. By the following evening on 6 April 1968, arson fires were burning. Governor Dan K. Moore activated the National Guard, and a curfew was imposed.

The North Carolina Collection contains the work of Billy E. Barnes who photographed the peaceful march. Several of the images have been digitized and can be viewed online through the collection’s finding aid: 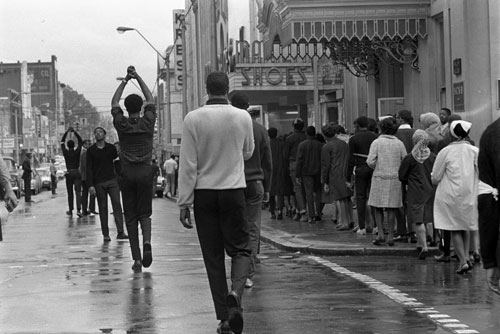 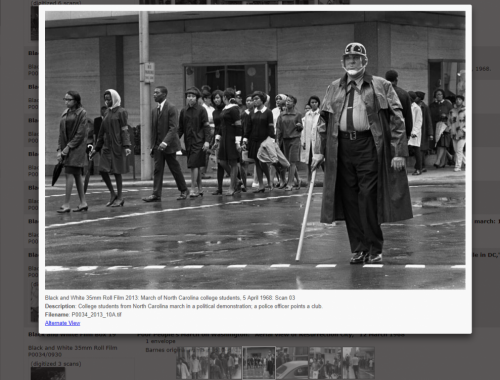 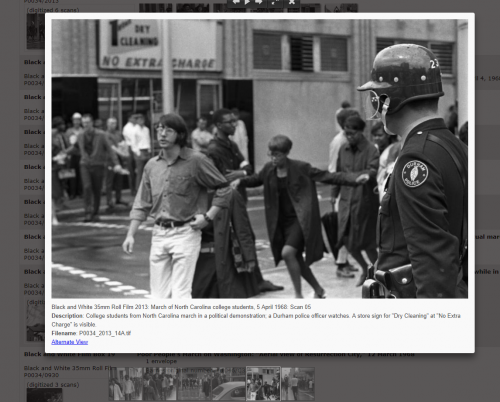 The North Carolina Collection’s Durham Herald Co. Newspaper Photograph Collection also includes images from events in Durham on April 5 and 6, 1968. Several images from the Durham Herald are featured in a Durham County Library online exhibit about the aftermath of King’s assassination. 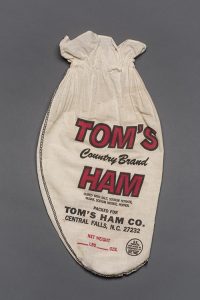 Is there a country ham expert in the house? I’d like to know more about Tom’s Ham Co. of Central Falls, but the Randolph County Public Library hasn’t been able to help, and I’m still awaiting approval to join the enthusiastic Facebook group I Grew Up In Asheboro, North Carolina!!!

Considerably less understated than Tom’s is Mom “n” Pop’s  of Claremont, which pulls out all the stops on this ham bag commemorating Dale Earnhardt….