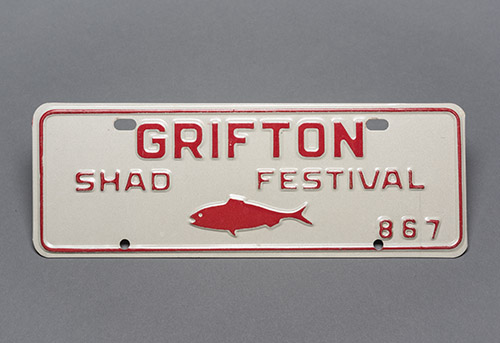 Municipal license plates are no longer being issued by Grifton (or most  other towns), but the Shad Festival lives on. This year’s will be April 20-22 (and will of course include the traditional Shad Toss).