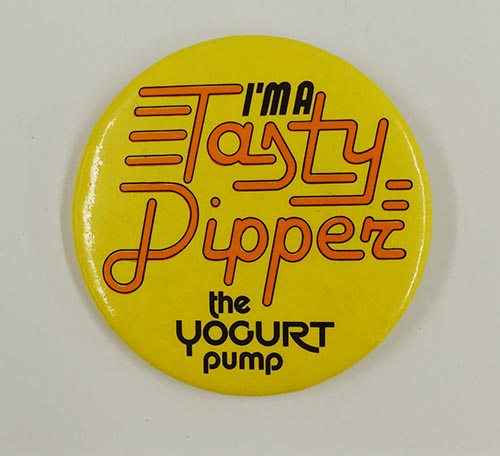 “Dropping our bags in our room at the Carolina Inn after a half-hour drive west by rental car procured at Raleigh-Durham International Airport, we hoof it several blocks to the Yogurt Pump. Fleeing a luxurious room in a historical hotel for a local frozen yogurt shop may seem odd. But then YoPo, as it is known, is not your typical purveyor of chilled dairy treats. Just ask any of the students and alums who cheerfully stand in lines extending well outside its unassuming door….”

— From “There’s more in Chapel Hill than the Tar Heels, a family finds” by Paul Abercrombie in the Washington Post (Sept. 14)

According to this thumbnail history, the Yogurt Pump opened on Franklin Street in 1982. A Daily Tar Heel classified the following year suggests potential customers still needed a little guidance: “Come try free samples…. at the former location of Austin’s Sno-cones, between Mr. Gatti’s and Pizza Hut on the way to He’s Not Here.”