“Never before had there been a coordinated statewide effort to showcase North Carolina as a destination. Tourism had the potential to lift the state out of economic despair. So in 1937, the newly created Division of State Advertising embarked on a campaign under the slogan ‘Variety Vacationland’….

“The phrase … would become mostly history by the 1980s, falling out of favor to another alliterative phrase: First in Flight….”

On this day in 1943: In a war-benefit exhibition game at Yankee Stadium, Babe Ruth and Ted Williams meet in uniform for the second and last time during their careers.

Ruth, 48 and long retired, manages and pinch-hits for a team of New York Yankees and Cleveland Indians. Williams, 24, plays for the North Carolina Pre-Flight Cloudbusters, made up of major leaguers undergoing training at Marine pre-flight school in Chapel Hill.

1. Longtime character actor Murray Hamilton, who was born and died in Washington, N.C., played the husband of Anne Bancroft in what famous movie?

2. True or false: Though now known by its distinctive black and white stripes, the Cape Hatteras lighthouse was once painted red and white.

3. The Durham mansion at the center of the Michael Peterson murder trial was previously owned by what well-known writer and scholar?

5. In 1970 a DC-9 returning to Huntington, W.Va., carrying 75 people, including 37 Marshall University football players, crashed while approaching the runway. All died — the worst toll in U.S. sports history. Where had the flight originated?

1. “The Graduate” — they were Mr. and Mrs. Robinson. Hamilton is also remembered as the mayor in “Jaws.”

2. True. In 1871 the upper part of the tower was painted red, the lower part white. Two years later it was painted in spiral bands of alternating black and white.

3. Henry Louis Gates Jr., author of “Colored People” and “Thirteen Ways of Looking at a Black Man,” who taught at Duke University in the early 1990s.

4. Winston-Salem and Fuquay-Varina. Winston merged with Salem in 1913, Fuquay Springs with Varina in 1963.

5. Greenville, where the team had just played East Carolina. 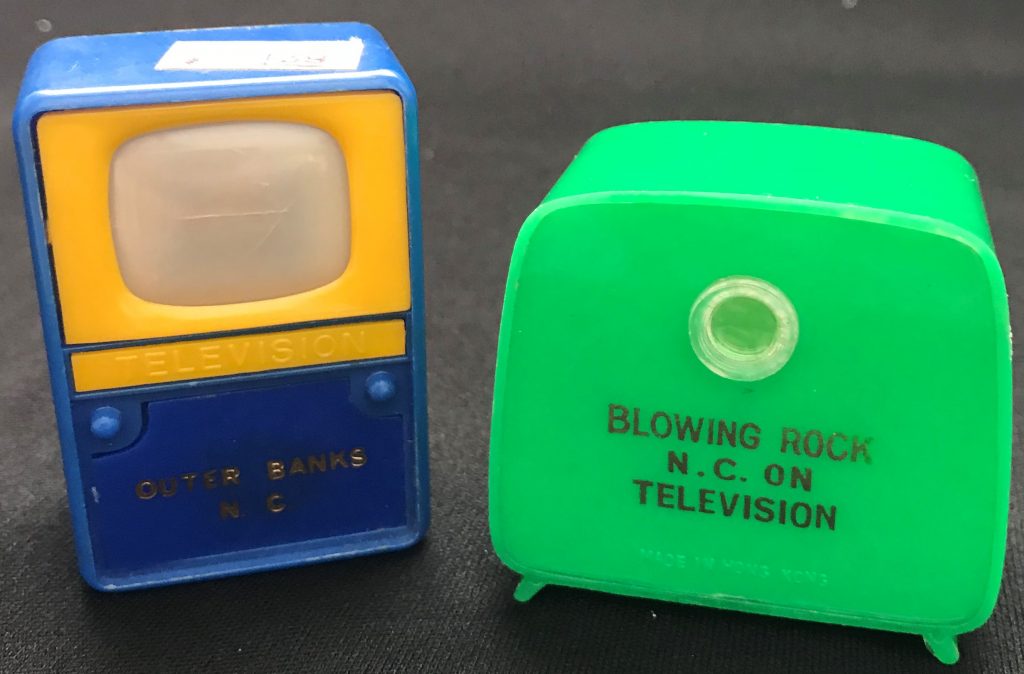 .
Before flat-screen TVs there were chubby TVs — and these miniature souvenir knockoffs made in Hong Kong.
“Blowing Rock N.C. on television” offers eight click-through color images, including Grandfather Mountain and Tweetsie Railroad. (Spot any unlisted Hugh Mortons, Stephen Fletcher?)
Viewers of “Outer Banks N.C. / television” can gaze at only a single color slide of the Herbert C. Bonner Bridge, which opened in 1963 (and is about to be replaced). Original price sticker: $1.39.
.

1. “Sometimes into Asheville, sometimes Memphis town / The revenooers chased him, but they couldn’t run him down.” Who sang — and wrote — these lines from the 1958 pop hit “The Ballad of Thunder Road”? 2. Before Martin Luther King Jr. gave his “I Have a Dream” speech in Washington, he first tried it out in what N.C. town?

3. Which one of these five structures has not been named a National Historic Civil Engineering Landmark: Dorton Arena in Raleigh, the Blue Ridge Parkway, the Bank of America tower, the Bunker Hill Covered Bridge in Catawba County or the Cape Hatteras Lighthouse?

4. True or false: The population density of North Carolina is more than twice that of the United States.

5. True or false: When Strom Thurmond ran for president on the Dixiecrat ticket in 1948, he led the ballot in North Carolina.

2. Rocky Mount. Nine months before the March on Washington, King told nearly 2,000 people crowded into Booker T. Washington High School, “My friends of Rocky Mount, I have a dream tonight. It is a dream rooted deeply in the American dream I have a dream that one day right here in Rocky Mount, N.C., the sons of former slaves and the sons of former slave owners will meet at the table of brotherhood.”

3. The 60-story Bank of America Corporaste Center, tallest building between Atlanta and Philadelphia.

4. True. The national density is about 91 people per square mile. North Carolina’s is 206.

Somebody went to a lot of trouble to put together this souvenir trinket — miniature foldout photos of North Carolina landmarks (State Capitol, Duke Chapel, etc.), encased in a  leather-like cover with metallic emblem, all attached to a link bracelet.

The black and white images are “real photos” — like early postcards — rather than lithographed. Circa 1930s?

1. What writer caused a furor in Chapel Hill in 1931 with his poem about the Scottsboro Boys, nine black teenagers unjustly accused of rape in Alabama? 2. What are the four “-villes” among North Carolina’s 15 largest cities?

3. What N.C. airport has the longest commercial runway between Washington and Atlanta?

4. Advertising Age chose what cigarette as having the top icon of the 20th century? As having one of the top 10 jingles?

1. Langston Hughes, whose “Christ in Alabama” appeared on the cover of the local but world-renowned literary journal Contempo just as he arrived on campus. Hughes spoke at the Playmakers Theatre while police stood guard outside. He later said he had had “a swell time” on his visit.

3. The little-used Global TransPark in Kinston.

4. Marlboro (the Marlboro Man). Winston (“Winston tastes good like a cigarette should”). 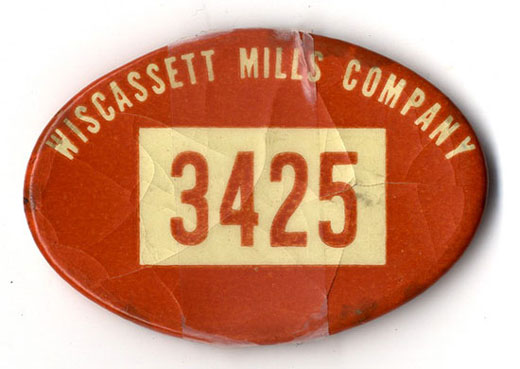 1. “And I always remember that whatever I have done in the past or may do in the future Duke University is responsible in one way or another.” — Who spoke these words at a Greensboro campaign rally in 1960?

2. What crucial contribution to the tobacco industry was made by a slave in Caswell County?

3. True or false: Actor Robert De Niro once appeared as a beauty pageant emcee in a Duke Power television commercial.

4. What is the largest city in North Carolina not named for a person?

5. True or false: No football player at an N.C. college has ever won the Heisman Trophy.

2. Stephen Slade fell asleep while tending a fire in a tobacco barn, accidentally inventing the process that produces bright-leaf tobacco.

3. True. De Niro was discovered for the role while performing at the Matthews Dinner Theater in 1967. His big break in movies didn’t come until six years later in “Bang the Drum Slowly.”

On this day in 1907: Billed as “an extra added attraction,” Carry Nation appears in Salisbury’s Fourth of July parade. After inspecting local saloons — at 61, she is no longer busting them up — she declares the town a “hell hole.“

Nation’s month-long N.C. tour concludes in Raleigh. Raleigh Electric Co., whose streetcars profit from ferrying her supporters to Pullen Park, pays her $35. She makes an additional $25 from sale of souvenir cardboard and pewter hatchets.