1. In the N.C. mountains, what lucrative commodity is known as “sang”?

2. What Catawba County town may have been named after an Italian sculptor?

3. The “Chapel” in Chapel Hill was of what denomination?

4. Whom do the two classic equestrian statues in Greensboro and Winston-Salem honor?

1. Ginseng, valued as a tonic. The wild herb’s gnarled roots, dug up with sharpened sticks, are commonly exported to Asia.

2. Conover, after Antonio Canova, whose marble statue of George Washington was destroyed in the Capitol fire of 1831, then copied and reinstalled in 1970. 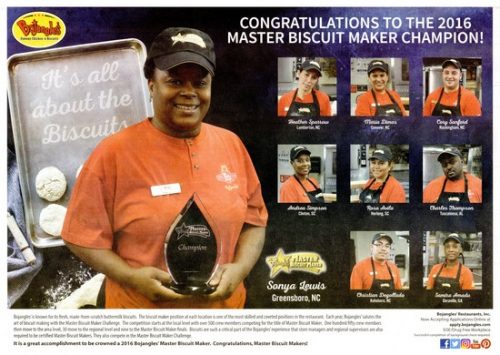 Yes, it’s just a fast-food placemat — but what better illustration of the core values of Charlotte-born and -based Bojangles’ Famous Chicken ‘n Biscuits?

On this day in 1952: “A preacher in Rocky Mount, N.C., announced he would burn a copy of the New Revised Standard Version of the Bible to protest the substitution of ‘young woman’ for ‘virgin’ and other changes from the King James version. He also charged that the National Council of Churches of Christ was deriving an ‘unmoral profit’ from royalties on the book. ‘I think their price is a little steep anyhow,’ he added.”

— From “Great moments in bookburning history” by Stephen Budiansky at Sophrosyne (Sept. 10, 2010)

1. Where did Henry Clay write the memorable words, “I had rather be right than be president”?

2. In a commencement-speaking invitation to what president did Davidson refer to itself as “by far the most flourishing institution in North Carolina since the decline of the State University”?

3. What was the fate of the women’s suffrage bill introduced in the N.C. Senate in 1897?

5. What religious denomination accounts for the largest share of the student body at Wake Forest University?

1. In Raleigh, where Clay was visiting when he composed a letter opposing annexation of Mexico — an unpopular stand that did indeed scuttle his presidential hopes.

3. It was belittled by being sent to the Committee on Insane Asylums.

“At this beach, the water is free of salt and jellyfish. Most of it is clear as a fountain, covering a little more than 2.5 square miles and reaching a depth of 12 feet. White Lake is technically not a lake but a Carolina bay marketed as the ‘Nation’s Safest Beach.’ The sandy lake floor slopes gently, making no sudden drops, and there are no undercurrents that will drag you away or marine critters that will take a bite out of you. The last alligator, for what it’s worth, was spotted and killed in 1956….”

White Lake was the subject of a 2015 documentary by UNC Chapel Hill student Robert Kinlaw.

1. Thelonious Monk, the jazz great born in Rocky Mount, often wore what in his lapel when playing New York clubs?

2. Whose liver is on display in a pan of formaldehyde at the Mutter Museum in Philadelphia?

3. What bird, considered extinct in North Carolina since 1959, was reintroduced in 1984?

4. True or false: California’s Orange County is more than 20 times as populous as North Carolina’s.

5. Among the loose ends of the John F. Kennedy assassination is an unexplained telephone call from Dallas to Raleigh the day after. Who attempted to place it?

1. A collard leaf, as a bow to his Southern roots.

2. The liver of Chang and Eng Bunker, the original Siamese twins, who after touring the world with P.T. Barnum lived most of their adult lives on adjoining farms near Mount Airy.

5. Lee Harvey Oswald. Police thwarted the call from the jail to one of two Raleigh-area John Hurts, neither of whom had any apparent connection to Oswald. The next day he was shot and killed by Jack Ruby.

“The large canning plant of J. G. Wood located at Copeland [outside Dobson] was totally destroyed by fire Thursday. The fire is thought to have started from a boiler room and was discovered about 9:30 p.m. The building was of wood construction and local means of stopping the fire were of no avail. Mr. Wood was operating the plant at full capacity and… had one carload of blackberries and one carload of kraut canned and ready for shipment which was lost. Also stored in the building were 700 barrels of kraut ready for canning….”

Wood Canning Co. seems to have survived the fire and was listed as recently as 1960 in the North Carolina Directory of Manufacturing Firms. But for half a century the state’s unchallenged kraut capital was Boone.

1. “At the first gesture of morning, flies began stirring” — in what novel is this the opening sentence?

3. Which first name is more common in North Carolina than in any other state: Flake, Flay or Opie?

4. Thanks to a purchase from a Connecticut man, the Duke Homestead State Historic Site in Durham now boasts the world’s largest collection of what?

5. Accepting an honorary degree from Davidson, whence he had fled after a “miserable” freshman year, this Pulitzer Prize-winning novelist offered a vivid recollection: “Some say the 1940s were the period when America lost its innocence. I lost my innocence at 17, to a professional woman in a second-floor walk-up in Charlotte at the Green Hotel.” Who was he?

1. “Cold Mountain” by Raleigh’s Charles Frazier. Published in 1997, it won the National Book Award for fiction and sold more than 1 million copies in hardback.

3 Flake and Flay. West Virginia has a big lead in Opies.

5. William Styron, whose experience in Charlotte would resonate in “Sophie’s Choice.” 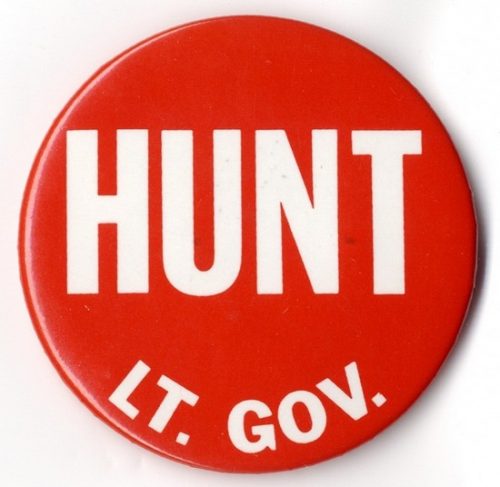 “In 1926, the United Daughters of the Confederacy erected a monument to the Ku Klux Klan in a town [Concord] just outside Charlotte, North Carolina. Though the marker itself seems to have been lost to time—or more precisely, to the urbanization and shrubbery that has sprouted around it—proof of its existence endures thanks to the UDC’s own meticulous record-keeping. In 1941, a local division of the group published North Carolina’s Confederate Monuments and Memorials, a book that handily compiles various tributes to the Confederacy from around the state, many of them the UDC’s own handiwork. Writer James Huffman got his hands on a first pressing, in which he noted the monument’s inscription:

“ ‘In commemoration of the “Ku Klux Klan” during the Reconstruction period following the “War Between the States,” this marker is placed on their assembly ground. Erected by the Dodson-Ramseur chapter of the United Daughters of the Confederacy. 1926.’ ”

— From “Time to expose the women still celebrating the Confederacy” by Kali Holloway in the Daily Beast (Nov. 2)