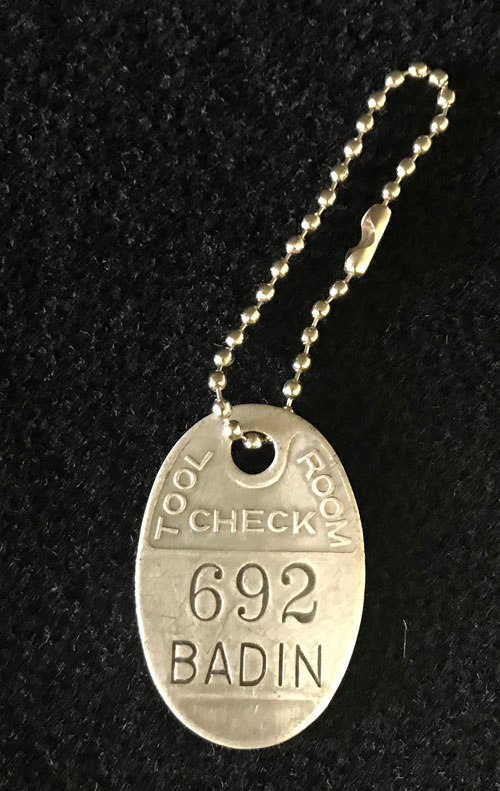 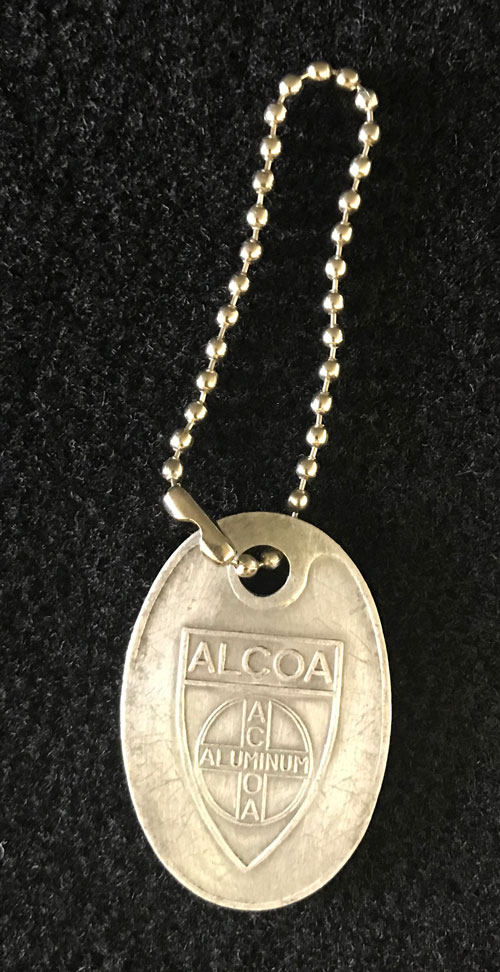 “Alcoa came to Badin in 1915, purchasing the town, its aluminum smelting plant and the tracts of land surrounding the Yadkin River. To power its facility, Alcoa built four massive hydroelectric dams. But in 2010, the plant closed, and the industrial jobs evaporated….

“The dams have been sold, but Alcoa remains a major presence in the valley, where it owns more than 9,000 acres of undeveloped land….”

— From “NC conservationists get first dibs on Alcoa land” by Sam Killenberg in the News & Observer (June 5, 2017)

Before computers and bar codes, metal tags such as this were common for inventory control.