“Artifacts, mostly dating to after the war, [included] medicine bottles from a local drugstore known as Kluttz’s and… a piece of bone with a copper pin in it. Roberts believes it was part of the case of the type of folding knife prisoners used to dig their sleeping holes and escape tunnels.” 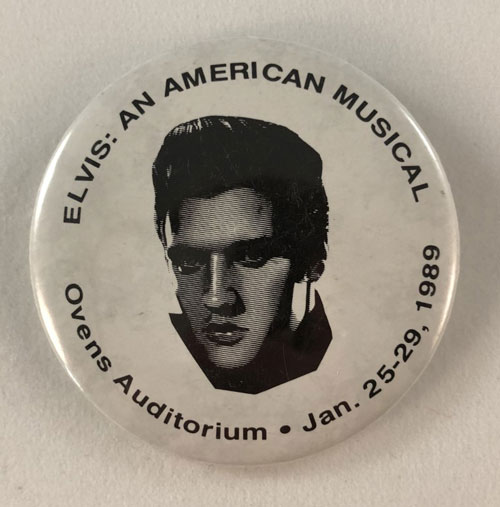 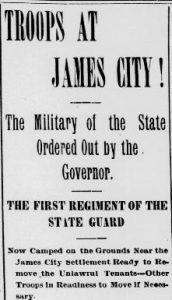 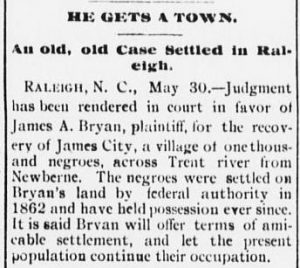 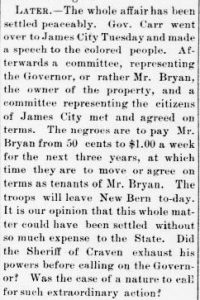 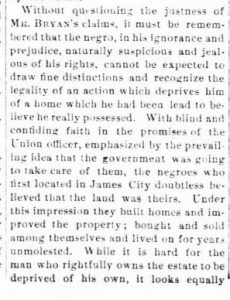 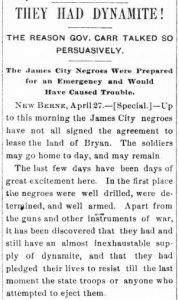 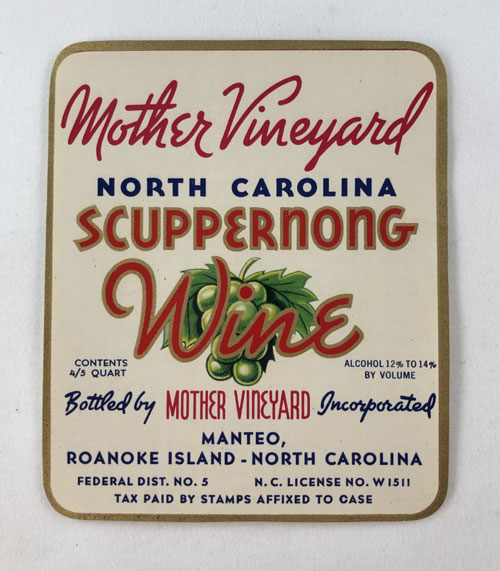 “Mother Vineyard is a community on the north end of Roanoke Island in Dare County where an ancient and famous scuppernong grapevine grows. Known at times as the ‘Sir Walter Raleigh Vine’ and the ‘Mother Vine,’ it…  is reputed to be the oldest grapevine in the United States, as well as the original vine from which all subsequent scuppernong grapes descended.

“In 1909 horticulturalist F. C. Reimer refuted these claims, showing that the oldest vines in the state grew in Tyrrell County. As for the scuppernong vines of Roanoke Island, he found five old vines growing ‘in two straight rows.’ North Carolina grape authority Clarence Gohdes called this statement ‘sure evidence that they are survivors of a modern vineyard’ and placed their origins back to the 1850s.”

The Blue Ridge Parkway is a popular tourist destination in western North Carolina and Virginia. This scenic road links Shenandoah National Park and the Great Smoky Mountains National Park, and it is the most visited attraction in the National Park System most years. Its history can be traced through North Carolina newspapers on Chronicling America.

Construction on the Blue Ridge Parkway began in 1935 as part of Franklin D. Roosevelt’s efforts to end the Great Depression.

In 1936, the project was officially named the Blue Ridge Parkway and placed under the authority of the National Parks Service. 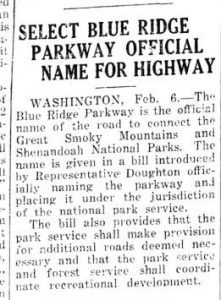 Construction was funded by the federal government. Robert L. Doughton, chairman of the House ways and means committee, fought for this funding—the road passed through his district, and was only 3 miles away from his home.

Work on the Blue Ridge Parkway continued until 1943 when the US entered World War II. At that time, 170 miles of the road had been completed, and work had started on another 330 miles.

Some sections of the road remained open while others were under construction, but even those sections were not as developed as they are today. 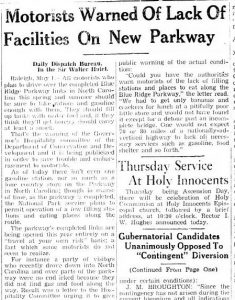 The Blue Ridge Parkway was not officially completed until 1987. The last section to be completed was the Lynn Cove Viaduct, which was a bridge that was carefully constructed to protect the habitat around Grandfather Mountain. Now, the Parkway spans a total of 469 miles as the result of 52 years of construction. 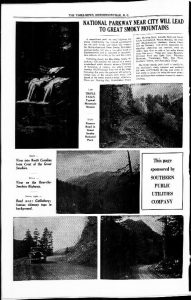 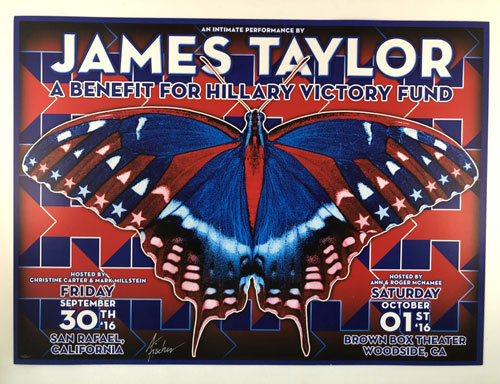 “In the waning days of the presidential campaign, surrogates for Hillary Clinton and Donald Trump have fanned out all over. One is troubadour James Taylor, who, with his wife, Kim, has made over 60 appearances for Clinton….”
— From “James Taylor still on campaign trail” by Mark Shanahan in the Boston Globe (Nov. 3, 2016)

For an “intimate performance” at a Clinton supporter’s home this was a typical tab:

Host: $27,000 (must contribute or raise that much, includes reception and photo with Taylor).

This poster, 12 by 17 inches, was issued for two California performances.
. 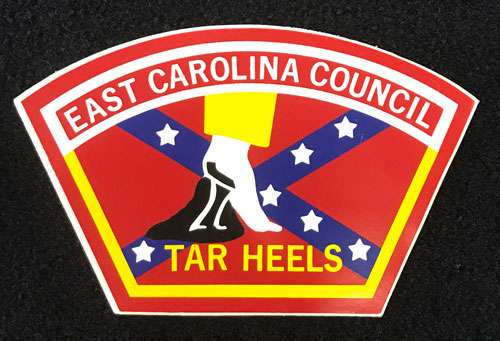 Until the mid-1990s the Confederate flag appeared on shoulder patches and other paraphernalia issued by the East Carolina Council of the Boy Scouts of America, headquartered in Kinston. 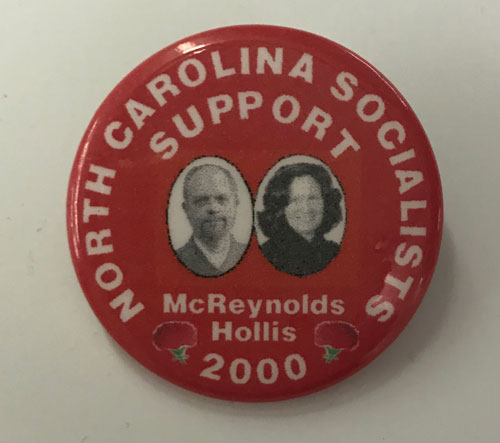 “The SPNC has small, organized groups in Raleigh and Jacksonville. In the 2000 presidential election, for the first time since 1936, a Socialist Party member was an official write-in candidate in North Carolina. In the early 2000s the SPNC was involved in a variety of causes, including a boycott of Mt. Olive Pickles and People of Faith against the Death Penalty.”
— From “Socialist Party of North Carolina” by Wiley J. Williams (2006) in the Encyclopedia of North Carolina