Of uncommon origin (Japan) and material (rayon) is this showy souvenir from the Nation’s Safest Beach.

Cruising beneath the Spanish moss is the Lilly III, last of the lake’s fondly-remembered tour boats. It was decommissioned in 1995.

“No Carolinas train tour can omit quaint Hamlet, just east of Rockingham. It was here that the rails of the Seaboard Air Line crossed and headed into the four cardinal directions. At the turn of the 20th century, more than 30 trains a day paused on journeys to New York, New Orleans, Norfolk and Florida.

“It was one of the nation’s earliest tourist traps. There were seven hotels and many boarding houses for transferring passengers in the town nicknamed “Hub of the Seaboard.” Shops and restaurants catered to visitors. There was an opera house where tenor Enrico Caruso once performed. Lavish accommodations were to be found at the Seaboard Hotel, which fronted the tracks.

“Hamlet, pop. 6,000, is still a railroad town. Amtrak stops twice a day, and Seaboard’s successor railroad CSX has a massive switching yard just outside town. In front of the Hamlet station, the tracks still cross and trains constantly thunder through, attracting train watchers. In the book ‘Guide to North American Railroad Hot Spots’ by J. David Ingles, Hamlet is listed as the prime watching spot for train fans in North Carolina.”

— From “Love of railroads spans the Carolinas” by Mark Washburn in the Charlotte Observer (May 26, 2013) 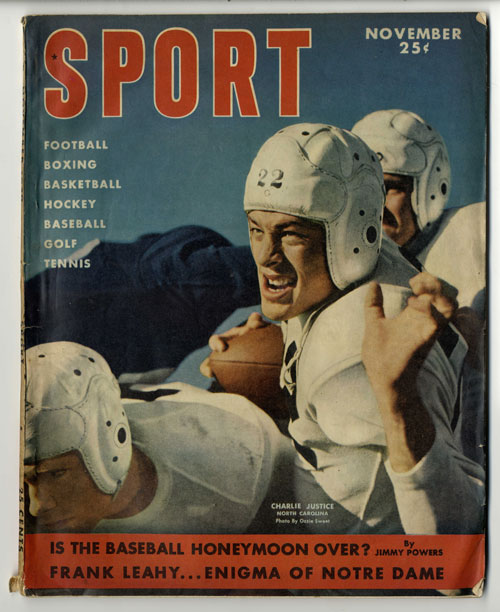 Not every striking photo of Charlie Justice was taken by Hugh Morton. Credit for this one from 1949 belongs to the remarkably prolific magazine shooter Ozzie Sweet.

The cover story by Lewis Burton of the New York Journal-American promises “The Truth about Charlie Justice” but addresses only glancingly those “persisting rumors about fabulous sums his touchdowns command…. A distinctive feature of the whispers is that they discount the altogether mundane possibility that Charlie might actually crave a college education….”

In 1932 the White Castle hamburger chain, headquartered in Columbus, Ohio, patented the style of paper hat worn by its employees and formed the Paperlynen Co. to manufacture them. Among Paperlynen’s many outside customers: Pepsi-Cola , Piggly Wiggly and Dwight D. Eisenhower’s 1952 presidential campaign.

The hatband inside this Cheerwine cap dates it as 1968. 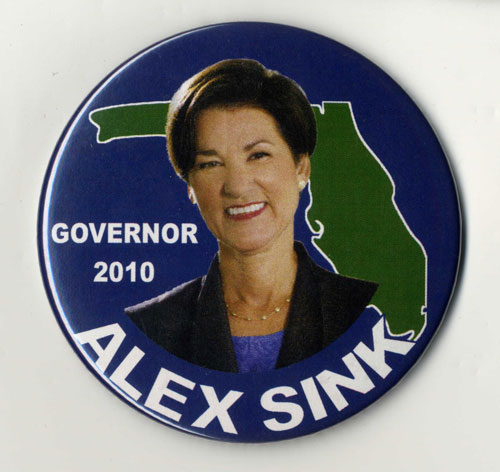