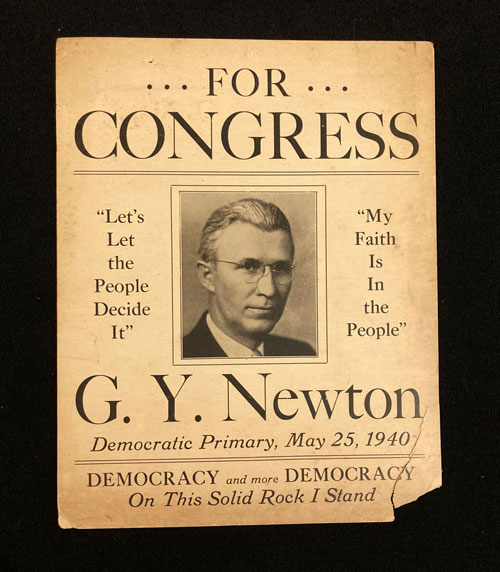 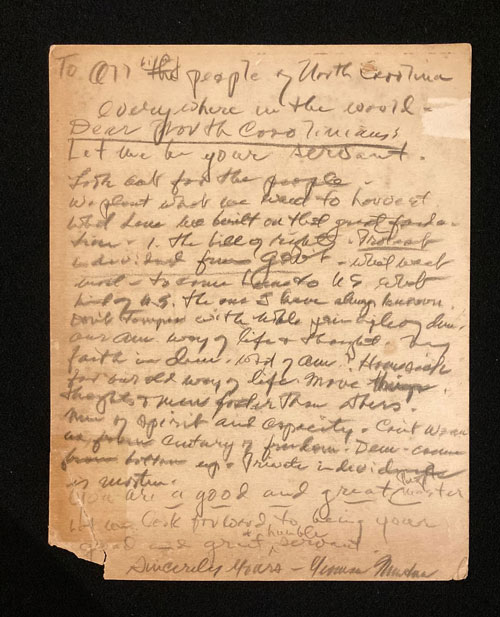 If ever a candidate lived up to his campaign slogans, it was Giles Y. Newton of Gibson.

Newton died at age 93 in Washington in 1987. His obituary in the Washington  Post noted that he had been born in South Carolina, had graduated from Duke, had earned his law degree at Harvard, had served with the Army in France during World War I and had been employed as a lawyer in the Veterans Administration. It did not mention his political career (or his term as president of the North Carolina Society of Washington).

Bonus: Filling the back of this poster are Newton’s hand-written notes — for a campaign flyer perhaps? Much is illegible, but I can make out “I look forward to being your good and great and humble servant.”