“On April 29, 1864, a delegation of six black men from North Carolina—some born free, others enslaved—came to the White House to petition Lincoln for the right to vote. As the men approached the Executive Mansion, they were directed to enter through the front door—an unexpected experience for black men from the South, who would never have been welcomed this way in their home state. One of the visitors, Rev. Isaac K. Felton, later remarked that it would have been considered an ‘insult’ for a person of color to seek to enter the front door ‘of the lowest magistrate of Craven County, and ask for the smallest right.’ Should such a thing occur, Felton said, the black ‘offender’ would have been told to go ‘around to the back door, that was the place for niggers.’”

“In words that alluded to the Sermon on the Mount, Felton likened Lincoln to Christ:

“We knock! and the door is opened unto to us. We seek, the President! and find him to the joy and comfort of our hearts. We ask, and receive his sympathies and promises to do for us all he could. He didn’t tell us to go round to the back door, but, like a true gentleman and noble-hearted chief, with as much courtesy and respect as though we had been the Japanese Embassy he invited us into the White House.”

“Lincoln spoke with the North Carolinians for some time. He shook their hands when they entered his office and again when the meeting ended. Upon returning home, the delegation reported back to their neighbors about how ‘[t]he president received us cordially and spoke with us freely and kindly.’ ”

“When the Ackland Art Museum at the University of North Carolina at Chapel Hill showed ‘Empire’ at the nearby Varsity Theatre in 2010, the audience heard curses from the rear of the darkened cinema, said Allison Portnow Lathrop, public programs manager at the Ackland.

“The projectionist was losing a bout with the two antiquated projectors used to show the film’s 10 full reels. Later, a fire almost broke out.

“Ms. Lathrop had hired eight musical groups, booking each to play during an hour of the film. Near the end of the final reel, a local noise band, Y Fuego Mod, set off sparks during a set that mixed tools, scrap metal and amplifiers.

” ‘I really thought, “My job is over here. I’m going to be fired–if we all make it out alive,” ‘ Ms. Lathrop said. No one was hurt, and the projector kept rolling, after emergency exits were opened to air out the fumes.”

— From “Sick of Hollywood Action Movies? Warhol’s Epic Is an 8-Hour Shot of the Empire State Building” by Brenda Cronin in the Wall Street Journal (Jan. 10, 2019) 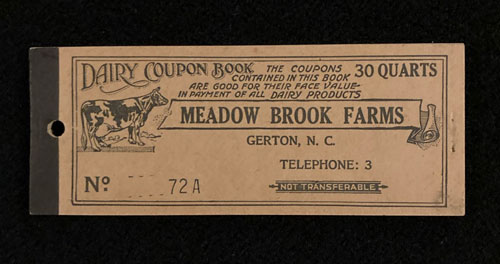 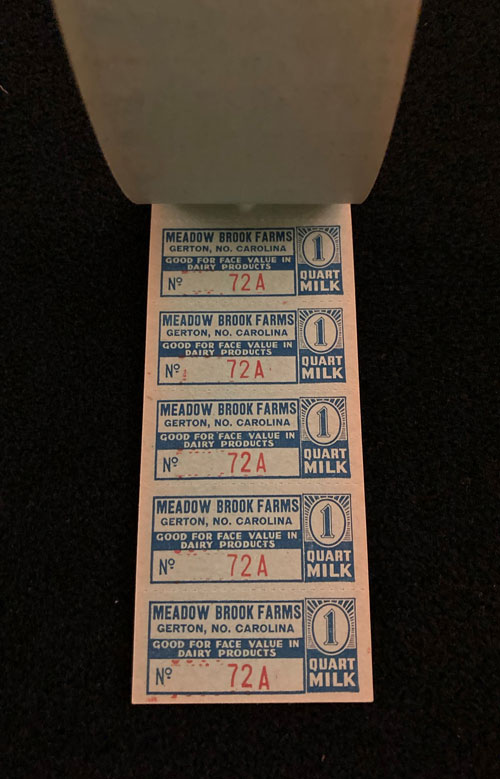 Somehow this booklet of coupons good for 30 quarts of milk has gone unused — but redemption today seems unlikely given the disappearance of Meadow Brook Farms from Gerton, an unincorporated community (population: 254)  in Henderson County.

The back cover advises: “To make our coupon system effective, please place coupons under the milk bottle each day. Your strict compliance with this rule will be appreciated….”

But my favorite line is “Telephone: 3.”

“Sponsors [of television shows in the 1950s] paid particular attention to anything they thought would boost the competition….

“On the ‘Camel News Caravan,’ in an interview with ‘Lucky’ Luciano, only the mob­ster’s first name, Charles, could be used, so viewers would not confuse it with an ad for Lucky Strikes. The word ‘lucky’ seemed to pose a particular problem for American Tobacco’s competitors. Scriptwriters regularly combed through thesaurus to dredge up synonyms like ‘fortunate’ or ‘providential’ whenever the forbidden ‘L word’ popped up. How bad could it get? This bad: even the word ‘American’ was proscribed on one show….” 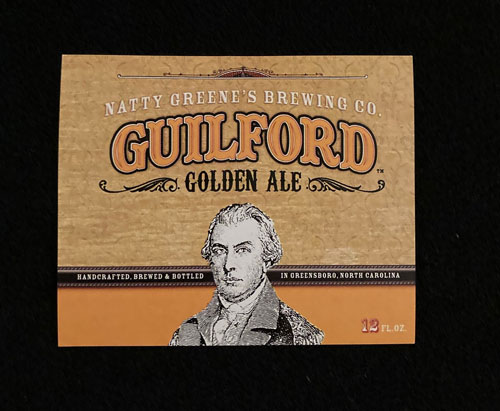 “Five years after the abolition of slavery… a Methodist minister in the remote mountain town of Waynesville, North Carolina, carried out an act of reparation apparently unprecedented in U.S. history. Asa Fitzgerald signed an extraordinary land deed in August 1870, conveying most of his remaining property to nine ‘colored persons’ he and his wife’s relations had formerly enslaved. He transferred the land explicitly as restitution for the many years of unpaid labor ‘performed by them and their ancestors while in slavery’….

“For eight years Fitzgerald and his family lived with this remarkable arrangement in apparent peace. The Fitzgerald patriarch died in 1878 with little remaining property aside from his house, a small plot of land, and his library. It did not take long for his wife and children to take legal action undoing his novel transaction….” 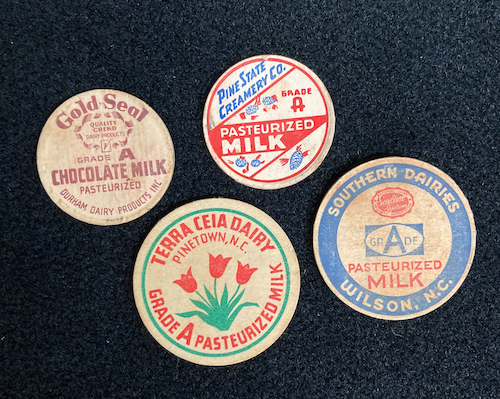 After giving way to paper and then plastic versions, glass milk bottles have made something of a comeback — but without the cardboard disc lids of earlier days.

“[After FDR went to work as undersecretary of the Navy under Josephus Daniels], Eleanor Roosevelt brought from New York four servants, all white….

“When the Danielses had the Roosevelts to dinner … Eleanor appreciated her host asking the traditional blessing but had difficulty reconciling the piety with the harsh reprimand Daniels gave her that night at the table.

“Cloaked in his soft Piedmont voice, the secretary of the navy declared it unnatural for whites to assume a servile position in the house of a white family; only Negroes could wait on their superiors. ‘Whom else,’ he said, ‘could one kick?'” 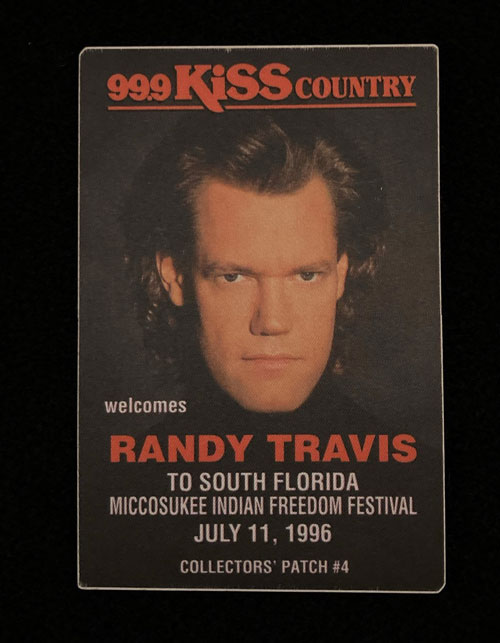 “In North Carolina, during slavery and into the era of sharecropping, people in the lowest caste were forbidden to sell or trade goods of any kind or be subject to 39 lashes. This blocked the main route to earning money from their own farm labors and forced them into economic dependence on the dominant caste.”

— From “Caste: The Origins of Our Discontents” by Isabel Wilkerson (2020)