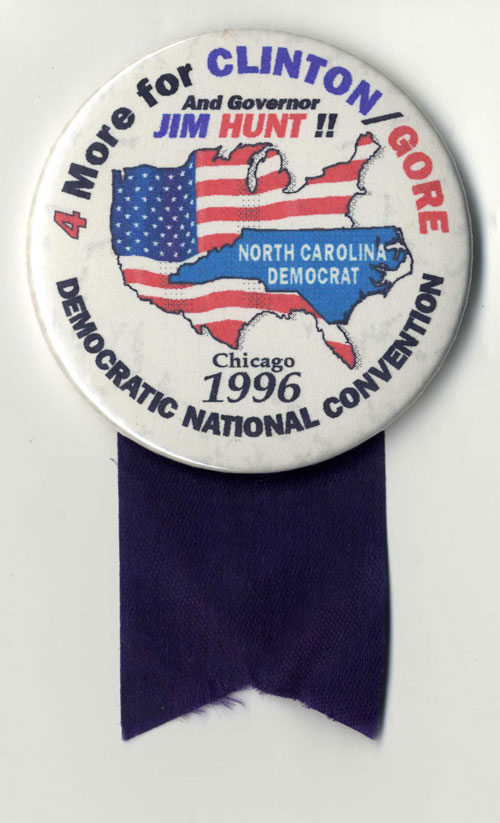 The “4 More” theme on this somewhat crowded convention badge linked the Clinton-Gore ticket’s bid for an encore in the White House with Gov. Hunt’s simultaneous run for his fourth and final term.