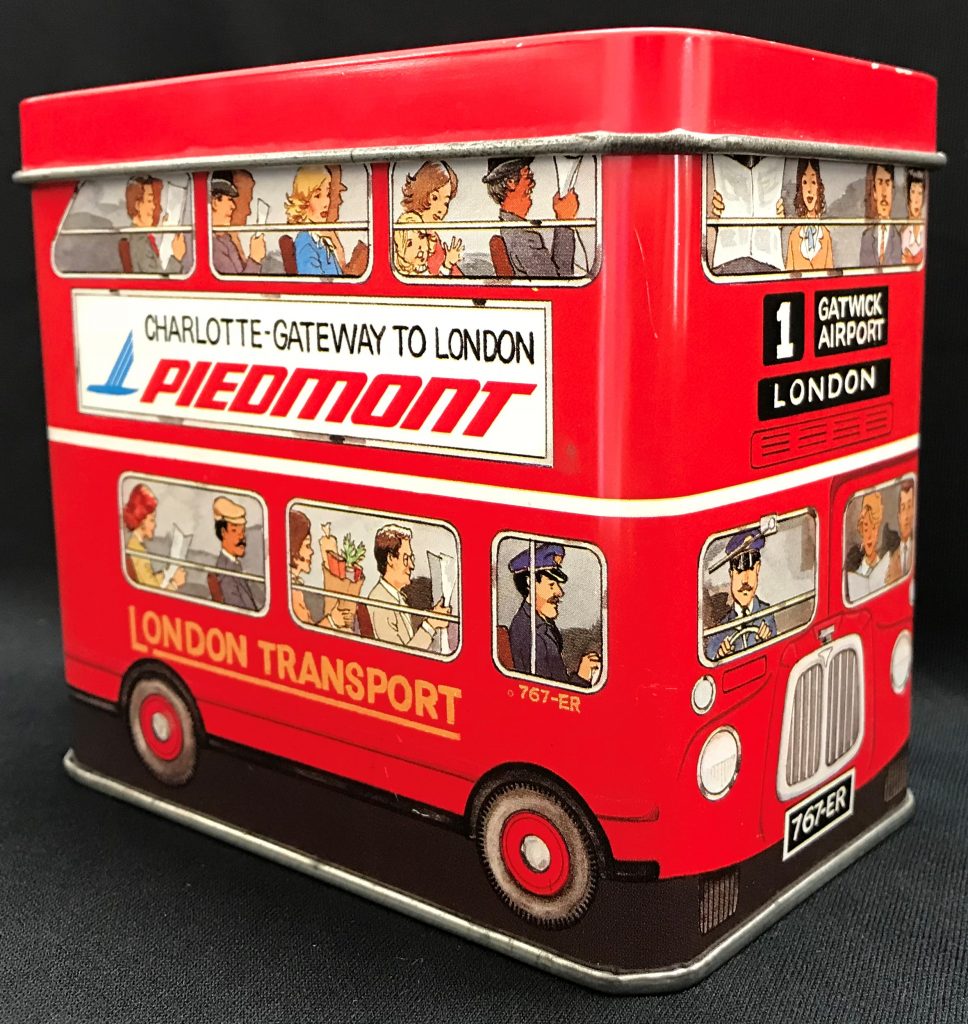 Quite a big deal it was in 1987, when Charlotte Douglas International Airport was awarded its first nonstop transatlantic passenger service.

Piedmont Airlines even commissioned this ambitiously-detailed souvenir tin box, made in England, to celebrate the Gatwick connection.

“It has been said…  that all good comedians have some painful experience in their lives. Any truth to that thesis, do you think?” [Morley] Safer asked.

“Sure,” Colbert replied. “My father and two of my brothers died when I was 10. I think I did my best to cheer my mom up.”

The three were killed in 1974 in an Eastern Airlines crash [at what is now Charlotte/Douglas International].

Asked if the tragedy still affects his life, Colbert says, “I know that after they died, nothing, I was 10, you know? I was still in elementary school. But nothing seemed that important to me. And so, I immediately had, I won’t say a cynical detachment from the world. But I certainly  was detached from normal behavior of children around me. It didn’t make much sense. None of it seemed very important. And that feeds into a sense that acceptance, or blind acceptance of authority, is not easy for me.”

On September 11, 1974, Eastern Airlines Flight 212 crashed 3 miles short of the foggy runway at Douglas Municipal Airport. Seventy-one of the 82 passengers on the DC-9, including the three Colberts, died on impact or from the resulting fire.