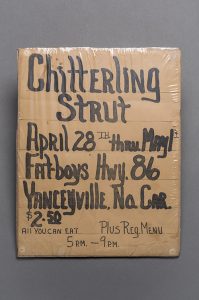 Those industrious elves at Google Books Ngram Viewer must never sleep! Here are their latest offerings for North Carolinians’ provocation and speculation:

— Carolina blue was adopted on campus about 1800, but the rest of the world seems to have taken a while to catch on.

— Great Dismal Swamp vs. Okefenokee Swamp. The 1980s spike coincides with an environmental conflict over the Okefenokee.

— chitterlings vs. chitlins. Of course, when the Ngram measures not American usage but British….

— Don Knotts vs. Barney Fife surprised me — but now that the actor is dead, the immortal deputy is closing fast.