“On 28 June 1969 the Mothers [of Invention] played the Coliseum in Charlotte, North Carolina, as part of the Charlotte Jazz Festival. .. [Frank] Zappa claimed that ‘before we went on, I saw Duke Ellington begging — pleading — for a ten-dollar advance. It was really depressing.’ After the show Zappa told the band: ‘That’s it, we’re breaking the band up.’ According to Zappa, if Duke Ellington had to beg some assistant for $10, what was he, Zappa, doing with a 10-piece band, trying to play rock ‘n’ roll? But there is something wrong with this story.

“In 1969 Duke Ellington was 70 and feted wherever he went….Ellington famously ate little but caviar and steak, and on a tour of India he had his filet mignon flow in from the States. It seems extremely unlikely that he was begging for $10, as Zappa claimed in ‘The Real Frank Zappa.’….”

Zappa apparently used the Ellington fabrication to justify his decision to disband the original Mothers, whose final performance would be less than two months later.

Did you know Ellington’s father was born in Lincolnton? 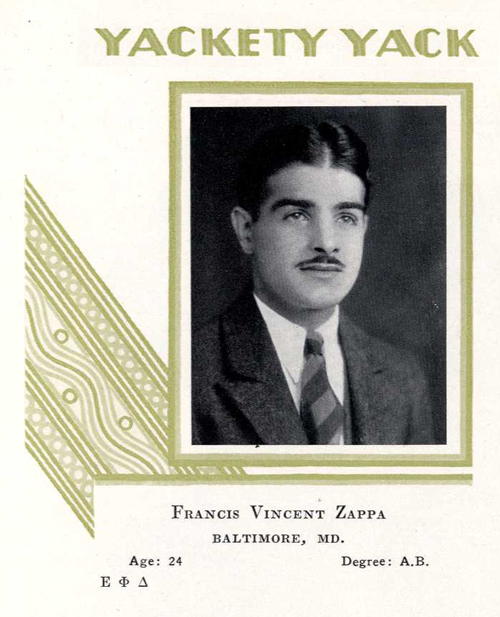