“Many American place-names are purely arbitrary coinages,” H.L. Mencken noted in “The American Language” (1921). “Towns on the border between two states, or near the border, are often given names made of parts of the names of the two states, e. g., Pen-Mar (Pennsylvania+Maryland), Mar-Del (Maryland+Delaware), Texarkana (Texas+Arkansas), Kanorado (Kansas+Colorado), Tex-homa (Texas+Oklahoma), Dakoming (Dakota+Wyoming), Texico (Texas+New Mexico), Calexico (California+Mexico). Norlina is a telescope form of North Carolina….”

Mencken’s mention may have been the high point of Norlina’s national prominence. The town’s population has hovered around 1,000 for the past half century, as it was first bypassed by I-85 in 1960, then abandoned by Amtrak’s Silver Star  in 1986. Last year it even lost its library.

For a glimpse of a more robust era in Norlina, check out this postcard of the American Tavern on U.S. 1 from the Durwood Barbour Collection.

Saunders put out the weekly Elizabeth City Independent from 1908 until 1937. He exposed corruption and bigotry with great courage, but he attracted more attention with his rambunctious humor. A typical editorial page filler reported deadplan that a local political boss had been spotted “in the courthouse with his hands in his own pockets.”

The Independent’s fame and circulation extended nationwide, thanks to such pranks as a full-page satire on a New Deal privy project and Saunders’ pajama-clad stroll down Fifth Avenue in advocacy of more sensible hot-weather clothing. (When a New York reporter asked him how he felt, he admitted, “Like a damn fool.”)

“The truly noteworthy things I have done receive scant notice….” Saunders once lamented. “But when I walk out on the streets in pajamas on a sweltering summer day or print a satire on new-fangled backhouses, the whole country gives me a big hand.”

“When [Edgar Lee] Masters did leave [New York] to reunite with his estranged wife and moved to Charlotte, North Carolina, [H.L.] Mencken said that he could not imagine how a civilized man could remain content in such a town.”

— From “Mencken: The American Iconoclast” by Marion Elizabeth Rodgers (2005)

In fact, Masters seems to have been reasonably content during his residence  (1944-45)  in Charlotte. In his mid-70s and well past his creative and physical prime, the author of “Spoon River Anthology” lived in the Selwyn Hotel with his wife, head of the English department at Charlotte Country Day School,  and son, a student at Davidson College.

“We have everything we need here,” he wrote friends. “There’s good food in the hotel restaurant downstairs. I spend the day reading or working. Ellen… can bring me any book I want from the library…. The beds are fine and we have good sleeps.”

“…. In the South, according to Urban T. Holmes of the University of North Carolina, Negro parents ‘have, for the most part, kept to standard names.’ But  when they depart from the standard they sometimes go even further than their fellow Methodists and Baptists of the dominant race. In Rockingham County, North Carolina, Mr. Holmes unearthed Agenora, Alferita, Artice, Audrivalus, Earvila, Julina, Katel, Limmer, Louvenia, Ludie, Mareda, Margorilla, Matoka, Orcellia, Princilla, Reada, Roanza, Venton Orlaydo and Vertie Ven….

Urban T. Holmes (a name that might itself have raised eyebrows among his subjects in Rockingham County) began teaching at UNC in 1925 and later was named Kenan Professor of Romance Philology.

“At Wake Forest [W. J. Cash] became… a fan of H. L. Mencken, the acerbic Baltimore journalist who’d derided the South as ‘the Sahara of the Bozart’….  He wanted to write for Mencken’s magazine, American Mercury.  In 1929 [it] published his Menckenesque dismantling of U.S. Sen. Furnifold Simmons…. ‘the stateliest Neanderthaler who ever cooled his heels on a Capitol Hill desk’….

“Other articles in the Mercury would follow, including an indignant portrayal of Charlotte as a citadel of bigotry and Babbitry, besotted by Presbyterianism and in love with Duke Power Co., a city where life for many consisted of ‘a dreary ritual of the office, golf and the church’ that is ‘unbearably dull even for Presbyterians.’

“Cash’s 1929 article ‘The Mind of the South’ attracted the interest of  the Knopf publishing house. Cash told Blanche Knopf of his plans to expand it into a book [not published until 1941] with the thesis that ‘the Southern mind represents a very definite culture, or attitude towards life, a heritage, from the Old South, but greatly modified and extended by conscious and unconscious efforts over the last hundred years to protect itself from the encroachments of three hostile factors: the Yankee Mind, the Modern Mind, and the Negro.’
–
“The salient characteristic of the Southern mind, Cash argued, ‘is a magnificent incapacity for the real, a Brobdingnagian talent for the fantastic’ — a mind, in short, that is wholly unadjusted to the demands of the modern world.”
–
— From remarks Sunday by Ed Williams, retired editor of the editorial pages of the Charlotte Observer, at the induction of W. J. Cash into the North Carolina Literary Hall of Fame
Also inducted: Walter Hines Page, Allan Gurganus, Robert Morgan and Samm-Art Williams. 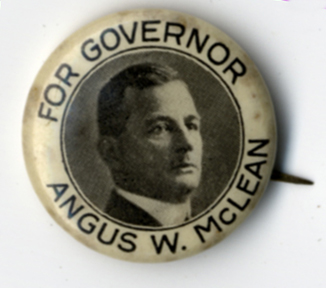