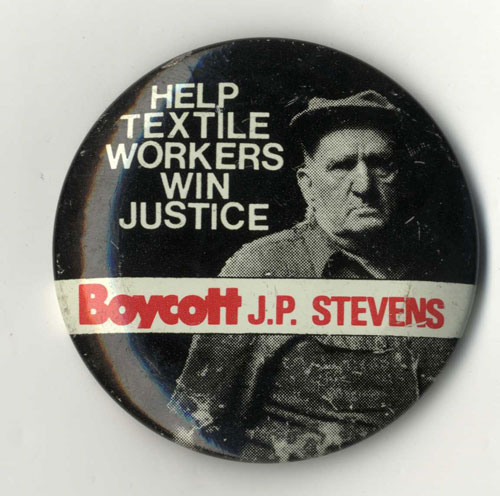 On this day in 1974: In a landmark union election, J.P. Stevens employees in seven Roanoke Rapids mills vote to be represented by the Textile Workers Union of America: 1,685 for the union, 1,448 against.

North Carolina’s AFL-CIO President Wilbur Hobby proclaims “a new day in Dixie. J.P. first, the textile industry second and then the whole South.” But it will take the union six discouraging years to negotiate a contract with J.P. Stevens, and union membership both nationally and in North Carolina will drop over the next four decades.