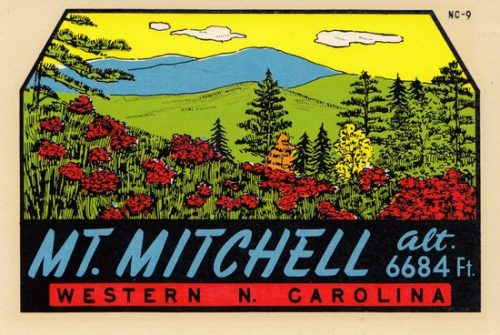 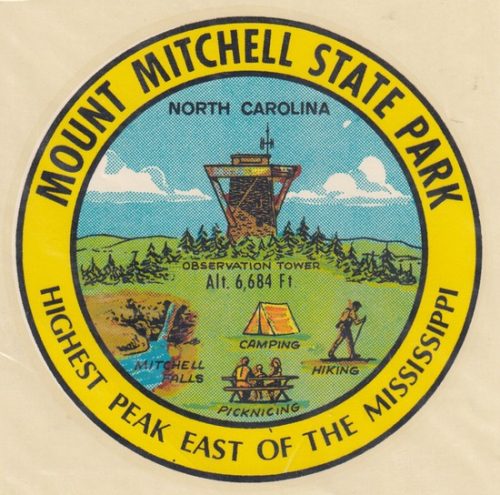 “Souvenir travel decals are a part of America’s automotive vacation and touring history. They were made and sold by the untold millions during the Golden Age of highway travel –1945-1970. Today, they have virtually disappeared.”

Since 1888 Mount Mitchell has had five structures erected on its summit to commemorate it as the tallest peak east of the Mississippi River. The one pictured here was No. 4 (1959-2005).

The namesake of Mount Mitchell was Dr. Elisha Mitchell. Dr. Mitchell, a science professor at UNC, measured elevations of the Black Mountain region until he met an untimely and unfortunate death after falling off a cliff over a large waterfall. Mitchell is buried on the summit of the mountain. Mount Mitchell is the highest point east of the Mississippi River. The second highest point, Mount Craig, was named in honor of Governor Craig. Read more about North Carolina’s first state park in Chronicling America and on the website of the N.C. Department of Parks and Recreation. Additional information about North Carolina woodlands is available from The Forest History Society.