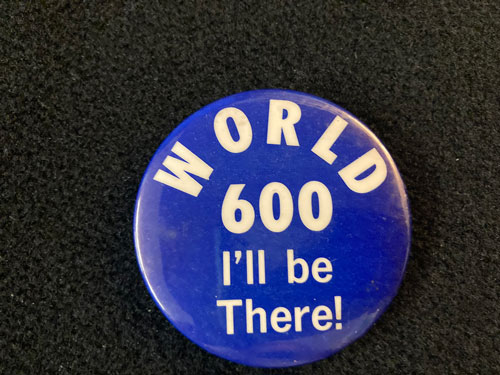 “And it’s not just attention seekers, like [Ken] Kesey, who throw open the doors to the man in the white suit. [In 1965 Tom] Wolfe writes a piece on the origins of this new sport called stock-car racing and its greatest legend, Junior Johnson. Junior Johnson doesn’t talk to reporters. He’s famously reticent: no one outside his close circle of family and friends has any idea who he really is. Without a word of explanation, Tom Wolfe is suddenly describing what it’s like to be in Junior’s backyard, pulling weeds with his two sisters and watching a red rooster cross the lawn, while Junior tells him everything … and the reader learns, from Junior himself, that NASCAR racing basically evolved out of the fine art, mastered by Junior, of outrunning the North Carolina federal agents with a car full of bootleg whiskey.

“Wolfe’s Esquire piece about Junior Johnson, ‘The Last American Hero Is Junior Johnson. Yes!’ is another sensation — and still no one writes to ask him: How did you do that? How did you get yourself invited into the home of a man who would sooner shoot a journalist than talk to him? (This fall, 50 years after Wolfe introduced the world to Junior Johnson, NASCAR Productions and Fox Sports released a documentary about the piece. That’s the effect Wolfe routinely has had: to fix people and events in readers’ minds forever)….”

Lewis turns up numerous eye-popping nuggets in his mining of Wolfe’s papers, which became available earlier this year at the New York Public Library.

“Yes, Nascar was born in the Bible Belt South. And racing and religion are inseparable. Each weekly driver’s meeting ends with a prayer and every pre-race ceremony includes an invocation….

“But… it’s one of the oddities of Nascar: Many of the people who cover the sport happen to be Jewish….

“Many of us are based around the Nascar hub of Charlotte, N.C., land of a thousand churches … and two temples. But hey, at least [speed.com editor-in-chief Tom] Jensen was able to find a nice place to celebrate his son’s upcoming Bar Mitzvah.

“It will be at the Nascar Hall of Fame. Where else?”

As might be deduced from the idiosyncratic spelling of NASCAR and the obligatory “N.C.” after Charlotte, Ms. Bernstein covers the sport for the New York Times.

“By the late 1960s…  pressure from local church groups, who didn’t like racing on Sundays, led Bill France to look elsewhere as he sought to build a larger, faster track. Unable to persuade local authorities to expand the Hillsborough site, he turned instead to a small town in Alabama and built the 2.66-mile Talladega Superspeedway.

“Richard Petty won the final race at Occoneechee-Orange Speedway on Sept. 15, 1968; the next year, its slot in Nascar’s schedule would go to Talladega.”

— From “A Relic From Racing’s Early Years, Repurposed” by Robert Peele in the New York Times (July 7, 2012)

And this follows Peele’s Altamahaw-datelined  “The Wary Detente that Saved a Track from Extinction” (July 6).

Impressive coverage, especially for a paper that insists on spelling NASCAR “Nascar.”

“[Bill France] plunged back into the racing business almost as soon as the fireworks of V-J day had sputtered out. In October [1945] he traveled to Charlotte, N.C., to promote a stock-car race on the old half-mile clay oval at the local fairgrounds. ‘I went to see Wilton Garrison, who was the sports editor of The Charlotte Observer, trying to get some publicity for my race,’ says France. ‘I told Wilton I was going to stage a national championship race out at the fairgrounds.

” ‘ “Why, I’ve got Buddy Shuman, Skimp Hershey and Roy Hall,” I answered, figuring he’d be impressed.

“Garrison counseled France that he needed to create a series of races, with rules continuity and a point-standing setup, to determine an overall champion….  France [created] what he called the National Championship circuit in 1946, then… NASCAR a year later….”

Now that stock car racing has been chosen the official sport of North Carolina — where were you, Putt-Putt lobby? — let’s give Wilton Garrison credit for lending  fender-bending  a crucial organizational concept.

Personal note: Dannye and I live in the house Wilton and his wife Eudora, best known as the Observer’s food editor, bought in 1940. The builder was C.D. Spangler Sr., father of the future UNC president, who had just gone out on his own after working as secretary for Dilworth developer E. D. Latta.

“I thought I’d better try to fit in, so I very carefully picked out the clothes I’d wear. I had a knit tie, some brown suede shoes and a brown Borsalino hat with a half-inch of beaver fur on it. Somehow I thought this was very casual and suitable for the races. I guess I’d been reading too many P. G. Wodehouse novels.”

Thanks to Michael Hill for this list of state highway historical markers approved by the advisory committee May 25:

— Lewis Leary, 1835-1859. Free black abolitionist & conspirator in 1859 with John Brown in attack on U.S. arsenal at Harpers Ferry. Killed in assault. Lived in this vicinity. [Fayetteville]

Expected by week’s end: Details on each marker.