“[From its first appearance in 1868] the outrage story, a matter-of-fact newspaper account of Ku Klux Klan violence in the South, remained the most common means by which Northern readers engaged with the Klan….

“A New York Tribune correspondent reporting from Raleigh, North Carolina…had arrived ‘prepared to find that the stories which have reached the North were greatly exaggerated; but the reality seems to be that the one-tenth part has not been told….Take your idea of Ku-Klux outrages. Whip your man or woman half to death, string up your victim to a tree and let him hang for days, bring to mind the worst case of rape you have ever heard of. [Then] multiply these instances by a hundred and throw in every form of torture and cruelty which ingenuity can suggest, with a few thousand lesser whippings which separately count for little, and you will get some idea of the state of affairs in North Carolina.’

“The constant, predictable appearance of [such] stories spoke to the essential deviance of Southern white society. Klan attacks became the raw materials out of which Northerners fashioned an image of a backward, bloody and dangerous South.”

On this day in 1886: The New York Tribune responds to North Carolina’s efforts to attract Northerners and their investment capital:

“Every such movement is deserving of and receives the heartiest encouragement. . . . But [Northerners must know] that if they cast in their lot with the people of North Carolina they will be perfectly secure in all their political rights and privileges. Everybody knows that in portions of the South unless one swears by the Democratic party the community in which he resides will make it unpleasant for him. He may not be positively maltreated, but he will be let alone in an emphatic manner.

“We rejoice at the assurance that comes to us that North Carolina has set her face against this un-American, suicidal policy; that she welcomes alike Republicans and Democrats and proposes that they shall have equal rights. Inviting immigration in this spirit and offering superior inducements, there is no reason why she should not increase and multiply.” 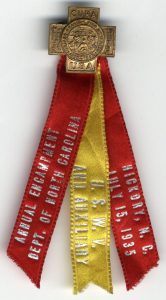