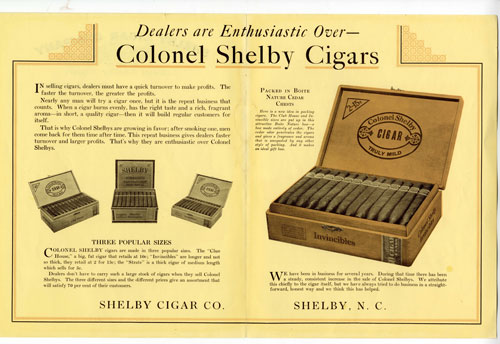 On this day in 1980: Esquire magazine profiles Shelby’s Rolls-Royce-leasing Earl Owensby as “A Very Minor Movie Mogul.” The Washington Post will dub him “the red-clay Cecil B. DeMacho.”

By whatever title, Owensby churns out low-budget action films (e.g., “Chain Gang,” “Rottweiler, Dogs From Hell” and “Rutherford County Line”) that bomb with American audiences but do nicely overseas. By decade’s end, however, Owensby has run into financial problems and the soundstages at EO Studios fall quiet.

“Dear Mrs Kennedy, You & your family have our sorrow of the death of your husband, not only because he tried to help us as Negro but all so he was human. We feel that Oswald did not do it – it was someone larger than he. We loved your husband because he thought Negroes was Gods love and made us like he did white people and did not make us as dogs. Mrs. Kennedy we are praying for you and your family.”

–– From a letter to Jackie Kennedy from Mrs. Frank Borders of Shelby, quoted in ” ‘Letters to Jackie’ shows ordinary people’s grief over Kennedy’s assassination” in the Washington Post (Sept. 14, 2013)

The documentary “Letters to Jackie” opens Tuesday in some U.S. theaters.

On this day in 1944: Former Gov. O. Max Gardner, a Democrat, enjoys himself in a letter to the president of Massachusetts’ Pepperell Mfg. Co., a Republican, on the occasion of FDR’s reelection:

“I thought about you around midnight November 7th when the first glimmering results came in from Massachusetts, and I had no difficulty in recognizing that you were again in the minority..

“We are going to start on this glorious Fourth Term on a wider and more complete distribution of the wealth of New England, starting with you and terminating at Shelby, North Carolina, by way of Washington, D.C.”

— The case against sweet tea.

— Using hammer and chisel to reveal the USS Monitor.

— Earl Scruggs back on stage in Shelby.