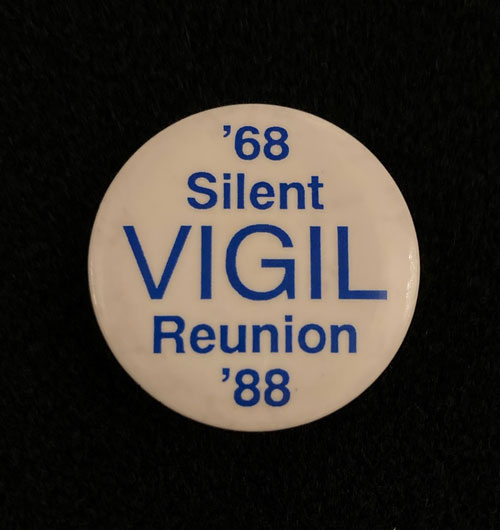 “The largest student demonstration in Duke’s history, which came down to be known as the ‘Silent Vigil,’ developed over the period from April 4 to 12, 1968. They were eight days that changed Duke forever.

“Events began with the assassination of Dr. Martin Luther King Jr. in Memphis on Thursday, April 4, which created ‘a mixture of sadness, fear, guilt and frustration’ on campus, said one contemporary account. As riots erupted across the country, student leaders, principally from campus religious groups, and a growing number of radicals, immediately began to discuss a campus response. One group called for a vigil in front of the chapel; another called for a protest march….”