Until recently I knew only about Charlotte’s Brooklyn neighborhood, not about Raleigh’s or Wilmington’s. Is this nomencluster anything more than coincidence? Does the name appear elsewhere in North Carolina? (If so, it avoided Michael Hill’s exhaustive expansion of the Gazetteer.)

The Brooklyn (New York) Public Library offers this entertaining look at its “Brooklyn (non New York)” files, but no mention is made of North Carolina neighborhoods.

None of these, of course, is North Carolina’s most famous Brooklyn.

— NPR discovers the struggle over how to pronounce Lejeune.

— Downtown Wilmington landmark is on the move.

— Should a 150-year-old Stokes County country store be allowed to continue its sandwich-making without complying with health department rules? (And if North Carolina had a state cheese, would it be pimiento?)

“The railway [from Richmond] to Wilmington bears the reputation of being one of the very worst, if not the worst, in the United States. It had, however, been newly laid, and, save for a short distance on which the old timbers of the road were plainly to be felt, struck me as remarkably easy.

“The cars… were more like remnants from the last century than the cars used in the more northern States.  [In Weldon], however, we had a new car provided, which  approximated more the style of conveyance in vogue among the more civilized.

“The room arranged for [our supper] was not large, and about a hundred travellers entered it. Scarcely were these seated than a horde of strangers — well-dressed ladies, with or without their bonnets, gentlemen in every description of habiliment, and even boys and girls — crowded in.

“One pertinacious and ill-bred, and slightly colored (with a brush be it observed), but remarkably pretty woman, dressed in mourning, raised her eye glass to her brow, and standing at about three feet distance, and exactly opposite where the fair Swede was sitting, contemplated every mouthful eaten by her…. Mademoiselle Lind possessed considerably more modesty, or suffered more from bashfulness, than her admirer, and disappeared in a few minutes, so uncomfortable had she been rendered by this unceasing examination.”

Under the management of P. T. Barnum, “the Swedish Nightingale” gave an enormously successful series of opera concerts in the United States in 1850-1852. En route south to Charleston, the troupe stopped in Wilmington, but Barnum denied fans an impromptu concert because no hall was large enough.

“Dennis Hopper spent several years in Wilmington after filming ‘Blue Velvet’ (1986). He was largely responsible for the restoration of the Masonic Temple building at 17-21 N. Front St., Wilmington — now home to the City Stage theater — and he directed the 1994 feature ‘Chasers’ here…. Hopper hasn’t visited in a few years, but he reportedly still owns real estate in New Hanover County.”

” ‘It was a nightmare, very honestly, that movie [“Super Mario Bros” 1993]…. I was supposed to go down there [to Wilmington] for five weeks, and I was there for 17. It was so over budget. But I bought a couple buildings down there… and I started painting. I made an art studio out of one.’ ”

“This isn’t the sleepiest burg in the world…. But walking the streets on a steamy day, you wonder what a guy like Dennis Hopper could find here to keep himself interested.

“Still, here he is, climbing out the window of his newly renovated downtown loft apartment and onto the roof of a five-story, 61,000-square-foot behemoth he owns that was once a Masonic temple….

“He looked out over the Cape Fear River, on which the U.S.S. North Carolina…  interrupts the panorama as inelegantly as a gorilla in the living room.

Hopper died today in Los Angeles. He was 74.

“The ownership of church property provoked bitter controversy [during Reconstruction]. A case in point: the Front Street Methodist Church in Wilmington, North Carolina,  whose congregation before the war numbered about 1,400, two-thirds of them black.

“When Union soldiers occupied the city early in 1865, the black members informed Rev. L. S. Burkhead ‘that they did not require his services any longer… he being a rebel,’ and proceeded to elect a black minister in his place. Gen. John M. Schofield, emulating Solomon, ordered that the spiritual day be divided equally between the races, each with a minister of its own choosing. The conflict continued into 1866, with Rev. Burkhead preaching in the old manner (although a few blacks, he complained, ostentatiously attempted to sit downstairs during his sermons).

“Eventually, the white minority regained control, and most of the blacks left to form an independent congregation.”

On this day in 1865: Prisoner of war A.O. Abbott, first lieutenant in the 1st N.Y. Dragoons, records the POW train’s stop in Goldsboro, en route to Wilmington:

“There was also a camp of enlisted men about a mile from us, and they were suffering all it was possible for them to suffer and live. Many of them did not live. Some of the ‘ladies,’ God bless them, loyal women of North Carolina, heard of the sufferings of these poor men, and, regardless of the ‘order’ of the commandant of the post, visited them, ministering to their wants as best they could.

“Some of them came eight miles on foot, through the mud and wet. And one old lady and her two daughters came in an ox cart, twenty miles, to do what they could.” 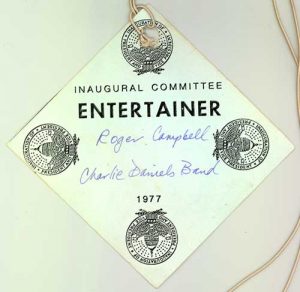